Ravencoin (RVN) price has rocketed higher in February as a fresh wave of buying volume lifted the token’s price by more than 800% in the past 20 days.

A scroll through the project’s Twitter feed shows an increase in activity from the account beginning on Jan. 27, when the project tweeted, “Stock markets are transforming. Ravencoin is here for those who want to build services or issue assets.”

Traditional financial markets were under pressure at the time thanks to r/Wallstreetbets and its squeeze of GameStop shorts which subsequently led to brokerage firms briefly suspending access to multiple stocks.

“Ravencoin was specifically designed and developed with securities as a major use case. Specifically, the problems being seen in public markets due to bad ledgers may be solved by distributed ledger technology.”

RVN briefly spiked to $0.036 following the tweet before entering a correction phase that pushed the price as low as $0.023.

VORTECS™ data from Cointelegraph Markets Pro began to detect a bullish outlook for RVN on Feb. 17, prior to the recent price rise. 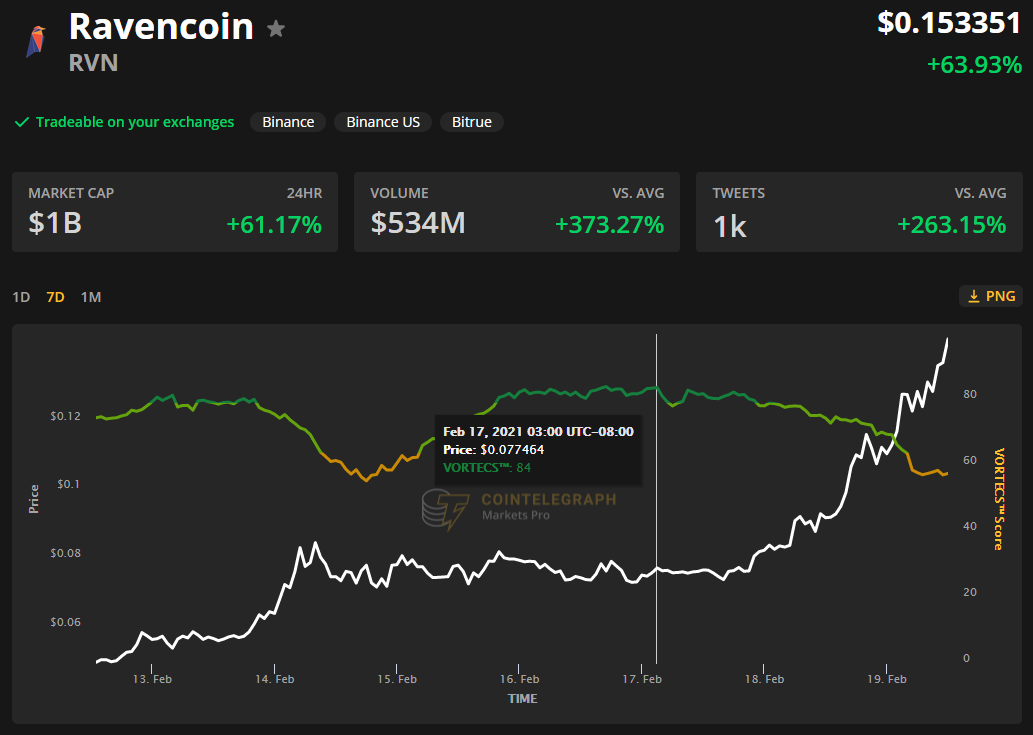 Trading volumes for RVN continue to push to new highs alongside its rising price, which has lifted the total market cap above $1.2 billion and made Ravencoin the most recent addition to the growing list of cryptocurrency unicorns.

Questions and concerns about this website can be sent to: info[email protected]