Imaginary Numbers May Be Essential for Describing Reality 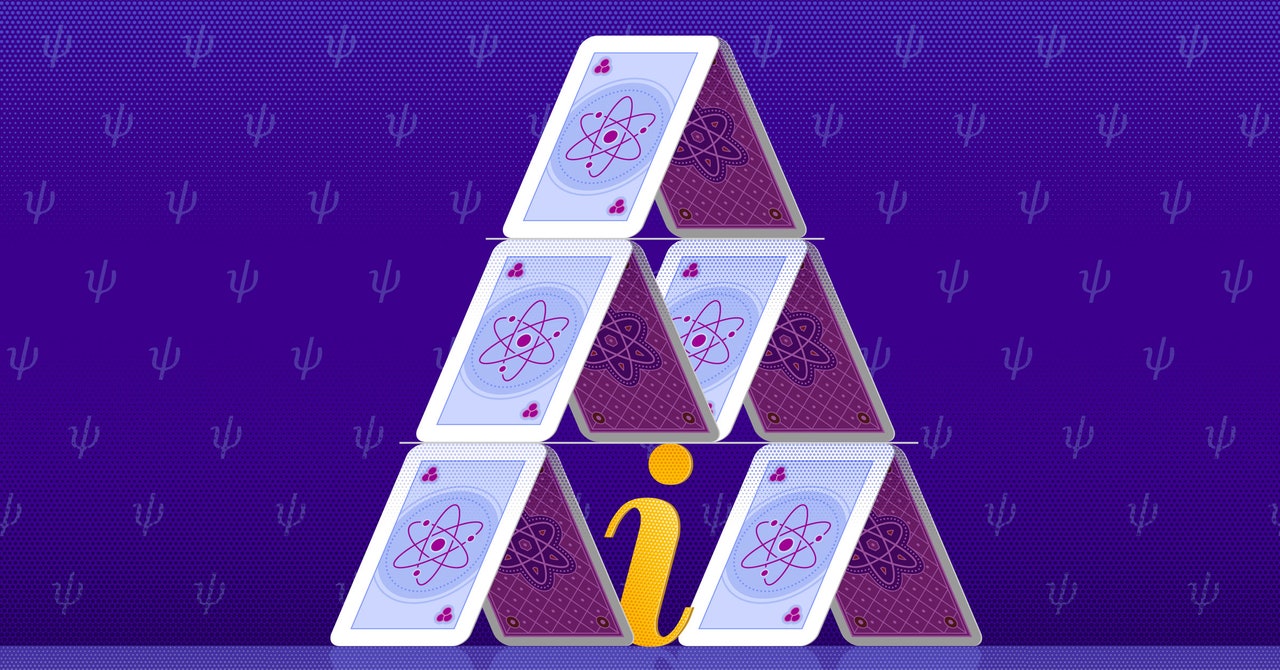 Mathematicians were disturbed, centuries ago, to find that calculating the properties of certain curves demanded the seemingly impossible: numbers that, when multiplied by themselves, turn negative.

All the numbers on the number line, when squared, yield a positive number; 22 = 4, and (-2)2 = 4. Mathematicians started calling those familiar numbers “real” and the apparently impossible breed of numbers “imaginary.”

Imaginary numbers, labeled with units of i (where, for instance, (2i)2 = -4), gradually became fixtures in the abstract realm of mathematics. For physicists, however, real numbers sufficed to quantify reality. Sometimes, so-called complex numbers, with both real and imaginary parts, such as 2 + 3i, have streamlined calculations, but in apparently optional ways. No instrument has ever returned a reading with an i.

Yet physicists may have just shown for the first time that imaginary numbers are, in a sense, real.

A group of quantum theorists designed an experiment whose outcome depends on whether nature has an imaginary side. Provided that quantum mechanics is correct—an assumption few would quibble with—the team’s argument essentially guarantees that complex numbers are an unavoidable part of our description of the physical universe.

“These complex numbers, usually they’re just a convenient tool, but here it turns out that they really have some physical meaning,” said Tamás Vértesi, a physicist at the Institute for Nuclear Research at the Hungarian Academy of Sciences who, years ago, argued the opposite. “The world is such that it really requires these complex” numbers, he said.

In quantum mechanics, the behavior of a particle or group of particles is encapsulated by a wavelike entity known as the wave function, or ψ. The wave function forecasts possible outcomes of measurements, such as an electron’s possible position or momentum. The so-called Schrödinger equation describes how the wave function changes in time—and this equation features an i.

Physicists have never been entirely sure what to make of this. When Erwin Schrödinger derived the equation that now bears his name, he hoped to scrub the i out. “What is unpleasant here, and indeed directly to be objected to, is the use of complex numbers,” he wrote to Hendrik Lorentz in 1926. “ψ is surely a fundamentally real function.”

Schrödinger’s desire was certainly plausible from a mathematical perspective: Any property of complex numbers can be captured by combinations of real numbers plus new rules to keep them in line, opening up the mathematical possibility of an all-real version of quantum mechanics.

Indeed, the translation proved simple enough that Schrödinger almost immediately discovered what he believed to be the “true wave equation,” one that eschewed i. “Another heavy stone has been rolled away from my heart,” he wrote to Max Planck less than a week after his letter to Lorentz. “It all came out exactly as one would have it.”

But using real numbers to simulate complex quantum mechanics is a clunky and abstract exercise, and Schrödinger recognized that his all-real equation was too cumbersome for daily use. Within a year he was describing wave functions as complex, just as physicists think of them today.

“Anybody wanting to get work done uses the complex description,” said Matthew McKague, a quantum computer scientist at the Queensland University of Technology in Australia.

Yet the real formulation of quantum mechanics has lingered as evidence that the complex version is merely optional. Teams including Vértesi and McKague, for instance, showed in 2008 and 2009 that—without an i in sight—they could perfectly predict the outcome of a famous quantum physics experiment known as the Bell test.

The new research, which was posted on the scientific preprint server Arxiv.org in January, finds that those earlier Bell test proposals just didn’t go far enough to break the real-number version of quantum physics. It proposes a more intricate Bell experiment that seems to demand complex numbers.

The earlier research led people to conclude that “in quantum theory complex numbers are only convenient, but not necessary,” wrote the authors, who include Marc-Olivier Renou of the Institute of Photonic Sciences in Spain and Nicolas Gisin of the University of Geneva. “Here we prove this conclusion wrong.”