As the restaurant industry across different cities was massively hit by the pandemic-induced lockdowns last year, food aggregator platforms helped by driving online customers to them.

Koinz is one such startup in Egypt. Its value for food and beverages brands before, during and after the lockdowns has bagged the startup a $4.8 million seed round.

The offline and online food and restaurant experience in the country are totally separate. Most food aggregators who deal with delivery tend to focus on the online customer, and there’s no sophisticated experience for the offline customer.

“This is not because they want to squeeze money from the hands of restaurants or brands,” Momtaz said to TechCrunch. “But the cost of acquiring customers and retaining them for the food aggregator itself is very high; that’s why they need very high commissions from the brands or restaurants.”

This is where Koinz comes in. The company developed a mobile app for takeout and delivery orders that manages offline customer experiences while delivering an engagement platform to manage loyalty programs, customer feedback and analytics about the online and offline customer base. 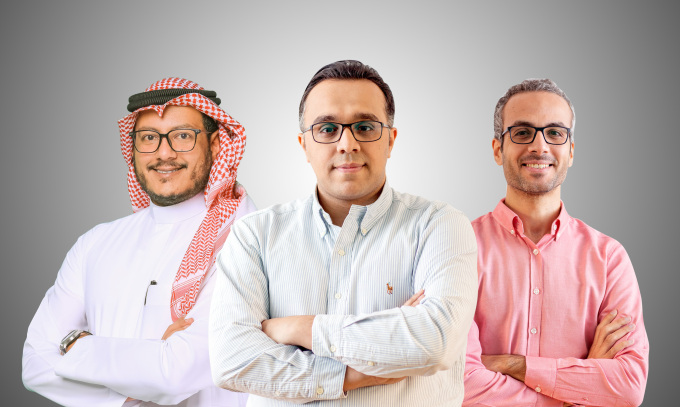 Online food experience for Koinz customers is like a treasure hunt, and Momtaz claims the company’s business model has cracked the industry’s unit economics. This, alongside providing brands with insights, differentiates the platform from other aggregators and makes its customer acquisition cost and retention cost 60% less than most of them.

Here’s how the platform works. When customers visit a brand using for the first time, they collect their phone numbers and store them in the application. The customers, on the other hand, get points for making orders via text message. After various restaurant visits and making orders, they accumulate enough points. They’ll need to download the Koinz mobile application to redeem them, thereby converting these offline customers to online ones.

Furthermore, these offline customers can now discover new places to eat, read and leave reviews, and order delivery or takeout.

“None of the small or big brands in the region had something like this before. The offline customer is like a ghost. He walks into the brands, takes his orders, and leaves without the brands knowing anything about him. Koinz is changing that,” the CEO remarked.

Building its platform this way, Koinz tries to be different from other online aggregators that erode restaurant owners’ profit margins while delivering limited customer access and interaction. How? By collecting real-time data and leveraging a digital rewarding system designed to drive customers to deepen their relationship with restaurants.

Brands can configure their gifts lists and determine what customers can redeem their points for. For instance, customers in an Egyptian restaurant called Buffalo Burger can exchange 68 points for a Diablo Fries Medium; or wait till they get to 160 points to get a Mozzarella Sticks Medium; or 236 points for a Double Diggler.

Similarly, every brand has its own configuration. A customer cannot get points in Buffalo Burger and redeem them at Hamburgini. Koinz charges subscriptions to the brands for its engagement and feedback platform and collects commission whenever an order is made via its platform, which varies across its markets.

Because of its original business model, Koinz had to iterate several times. Before using phone numbers to collect customers’ information, the company used QR codes and NFC tags. Momtaz says this was highly ineffective, and the move to phone numbers helped skyrocket its growth and value.

The six-man team back in 2018 is now 80, and the platform, which is basically powering the growth of restaurants in the Middle East, claims to have had up to 4 million consumers earn points on its platform. These consumers have redeemed almost 300,000 rewards, while almost 800,000 customers have left reviews.

Since launching in Egypt, Koinz has expanded to Saudi Arabia and the UAE. Like Egypt, these markets have similar dynamics and demographics. They have also witnessed one of the highest rates of new or increased users in online deliveries — restaurant products and groceries — during the pandemic.

Besides, consumers in the Middle East are outpacing the global appetite in food delivery, with 64% ordering in at least once a week compared to 40% made by global consumers. And with the fast-food industry in MENA was estimated at nearly $31 billion in 2020 and is expected to reach nearly $60 billion by 2025, there’s so much room for Koinz to grow in the region. Momtaz says the company is also considering a move to Sub-Saharan Africa in the nearest future despite them having distinct demographics.

Entrepreneur and investor Justin Mateen led this seed round. Since leaving Tinder in 2014, Mateen has been an active investor in early-stage companies. Koinz is his first investment in the MENA region. According to him, Koinz’s ability to allow food and beverages brands to understand their customers’ needs and simultaneously increase their profit margins was one of the reasons he invested in the Egyptian-based startup.

“The company’s unique business model will continue to scale as the food delivery space evolves. Hussein’s drive and excitement for what the team is building are what convinced me to lead a round in the Middle East for the first time,” Mateen added.

Peter Orth, co-founder and managing director of the firm, said of the investment that with restaurants in the region suffering under the traditional aggregator model, especially during the pandemic, Koinz has quickly become a win-win for both consumers and restaurant owners across the Middle East.

As the three-year-old company plans to use the capital to hire more talent and fuel its expansion across the Middle East, Mateen and Orth will join its board of directors.

Early Stage is the premier ‘how-to’ event for startup entrepreneurs and investors. You’ll hear first-hand how some of the most successful founders and VCs build their businesses, raise money and manage their portfolios. We’ll cover every aspect of company-building: Fundraising, recruiting, sales, product market fit, PR, marketing and brand building. Each session also has audience participation built-in – there’s ample time included for audience questions and discussion.