Optimism continues to percolate in the cryptocurrency sector on as recent gains in Bitcoin (BTC) have helped push the valuation of the top-ranked cryptocurrency past that of the South Korean won.

Data from Cointelegraph Markets and TradingView shows that the price of Bitcoin experienced a wave of selling in the early hours that pushed the price to a low of $54,948 before bulls returned to briefly push the price back above $57,000. 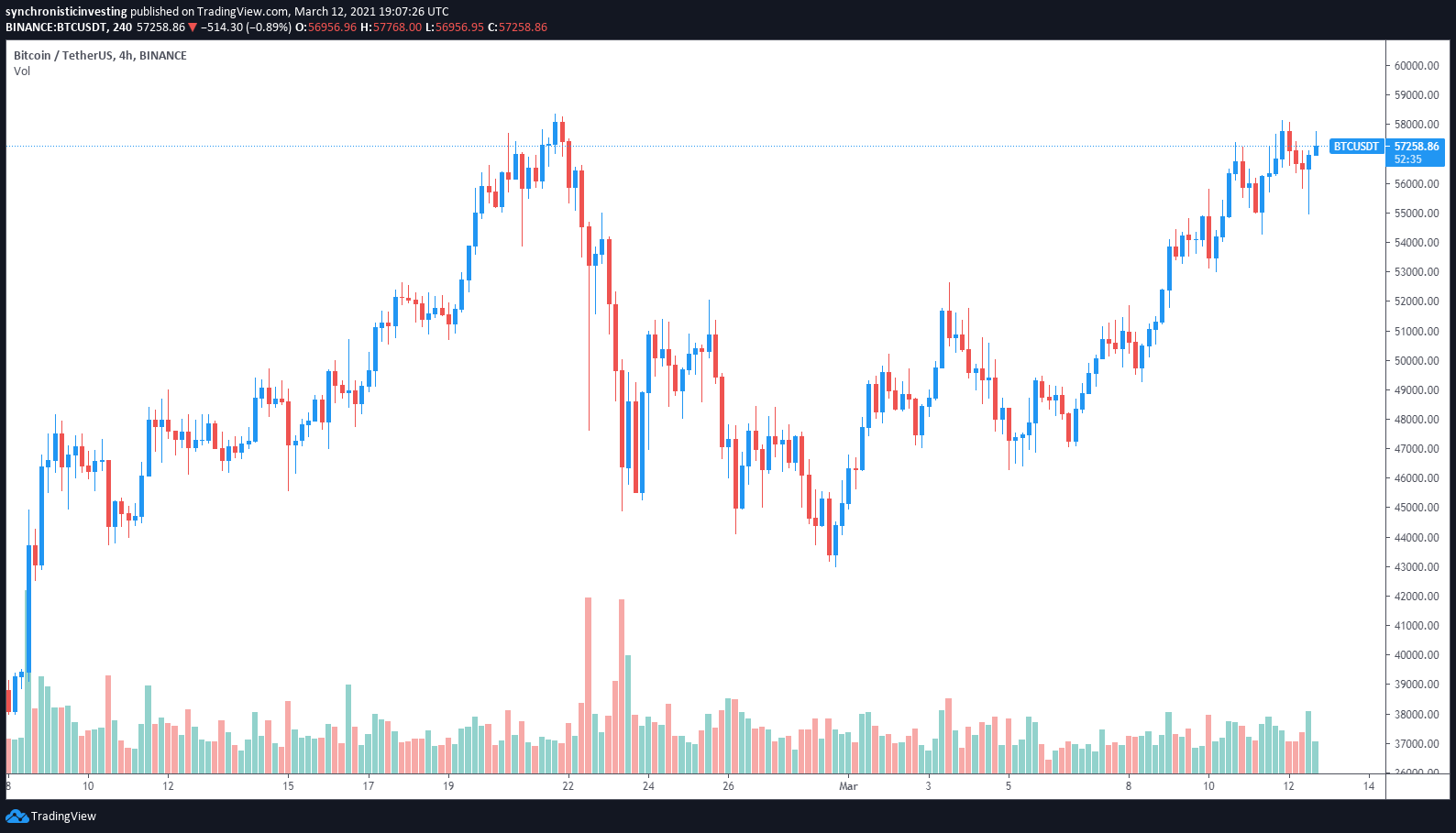 Regardless of Bitcoin price action, institutional investors have consistently expressed their interest in BTC. Today, MicroStrategy announced that it had purchased another 262 BTC at an average price of $57,146, bringing the firm’s total holdings to 91,326 BTC.

According to David Lifchitz, Chief Investment Officer at ExoAlpha, how the price performs over the next few days will “show if Bitcoin is ready to reach new highs or if a pullback is on its way.”

Lifchitz pointed out that the price of BTC was down slightly on Friday after stalling “just a few basis points from its all-time high,” likely due to profit-taking “by those who monetized the 10% gain from $45,000 to $57,000.”

Bullish indicators for Bitcoin identified by Lifchitz include interest from institutional dip-buyers around the $45,000 level and the recently passed stimulus package from President Biden that according to him “may go straight into crypto buying.”

Lifchitz did concede that despite Bitcoin being price being in a long-term uptrend, there were some reasons for a more bearish outlook for the short term. A few factors to consider are the upcoming U.S. tax season which could prompt some investors to sell some of their holdings as a way to raise cash to pay taxes on profits realized during the 2020 financial year.

Another short-term bearish factor Lifchitz identified was the possible spillover effect that could result from the sale of traditional assets which “are stretched by any measure and may see some profit-taking short term.”

A sideways consolidation is likely here in the short term before a potential breakout to new ATH if the pullback holds ground as described above.

Chiliz (CHZ) is the breakout star of the day as $5.55 billion in 24-hour trading volume has lifted the blockchain-based fan engagement platform by 82% to a new all-time high at $0.59. 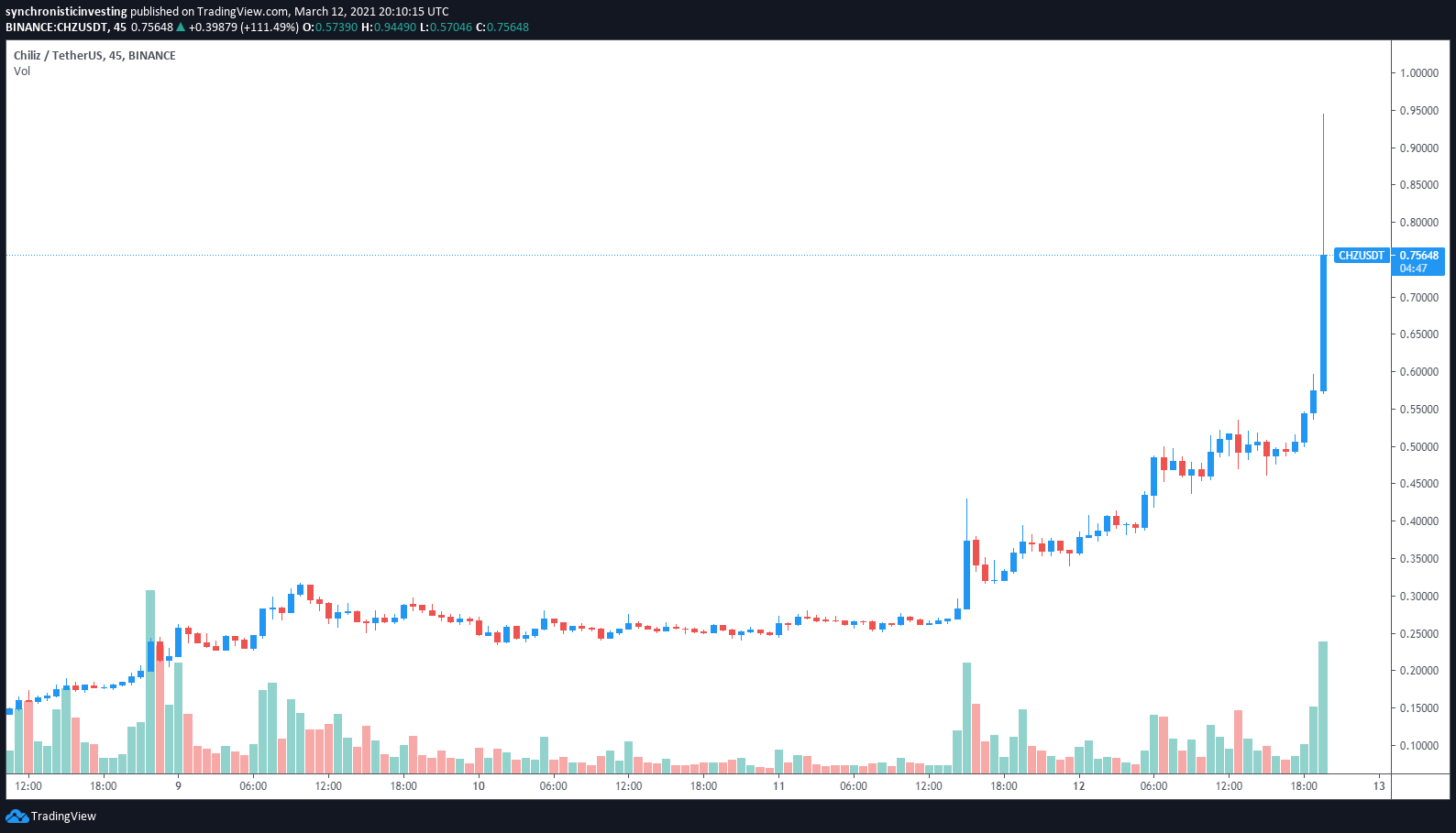 VORTECS™ data from Cointelegraph Markets Pro began to detect a bullish outlook for CHZ on March 10, prior to the recent price rise. 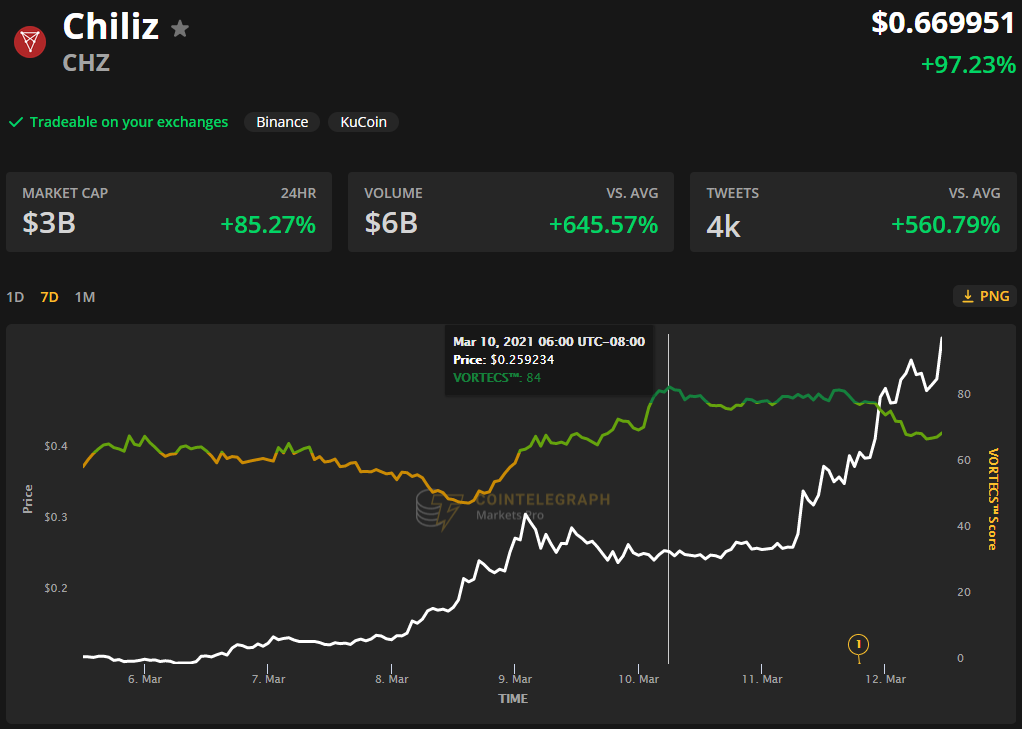 As seen in the cart above, the VORTECS™ score increased from a low of 49 on March 8 to a high of 84 on March 10, roughly 24 hours before the price its 175% rally to a new all-time high over the next two days.

Decentralized finance projects have been in a consolidation phase as of late following substantial gains in the first two months of 2021 as top DEXs and DeFi platforms explore options like cross-linked chains and layer 2 solutions as a reprieve from high transaction costs on the Ethereum (ETH) network.

Polygon (MATIC) and SKALE (SKL) are two Ethereum scaling solutions that have outperformed their altcoin peers this week after both tokens saw near 100% rallies after listing on Coinbase on March 9. 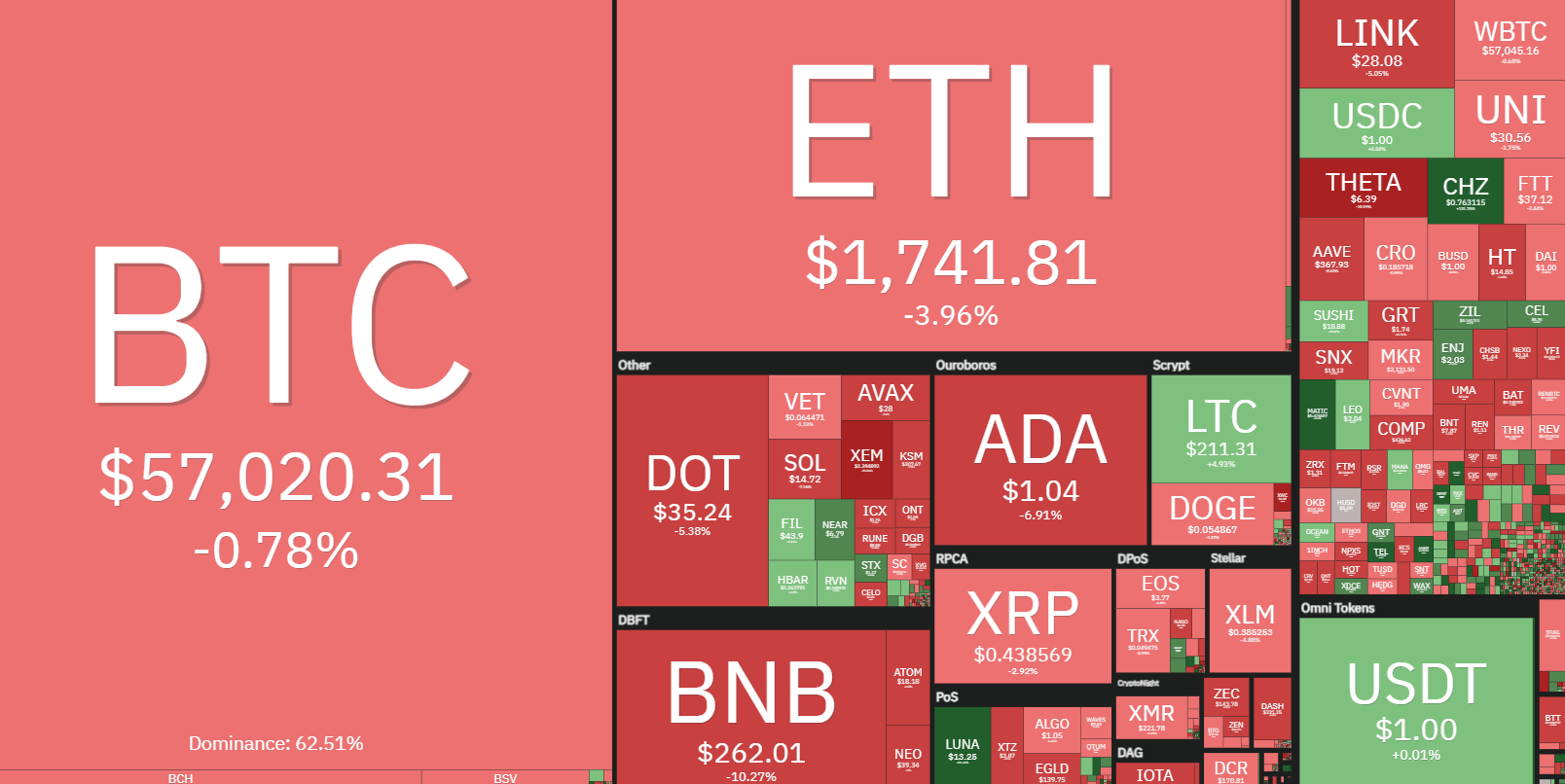 As a whole, the cryptocurrency market has fallen under some pressure as the weekend commences. The pullback is most likely the result of Bitcoin price rejected near its all-time high rather than a sign of a trend change but nevertheless, the majority of the large-cap cryptocurrencies have dropped by 2% to 10%.