Indoor-Grown Weed Is Spewing Carbon Into the Atmosphere 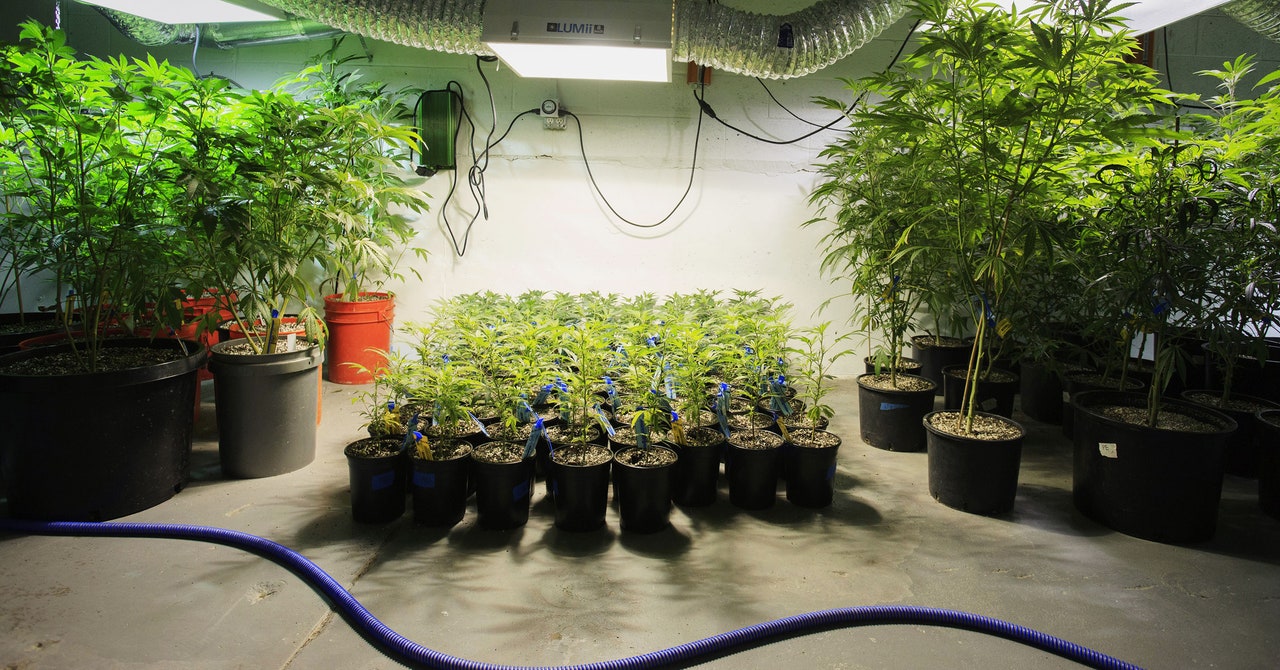 Back in the pre-legalization days, cannabis production meant finding a rarely visited patch of land and growing outside, or it meant taking cultivation indoors—typically to a basement where your product wouldn’t be visible from the outside world. But the power-use involved in lighting a basement growing space was legendary.

With legalization, it’s really only the scale that has changed. Most legal marijuana is grown indoors, with some pretty hefty electrical use to match. Now, researchers have attempted to quantify the greenhouse gases emitted, and they came up with some impressive figures. Based on their calculations, cannabis production results in over 2,000 kilograms of carbon dioxide emitted for every kilogram of product (defined as dried flowers), and its legalization has had a measurable effect on Colorado’s greenhouse gas output.

In many locations that have legalized cannabis production, a lot of factors make indoor growth a reasonable option, including simplifying security, enabling year-round production, and simply the experience that comes from now-professional growers having years of practice as amateurs. But Colorado—one of the first states to legalize the wacky-tabacky—added what is presumably an accidental inducement by requiring that the majority of the cannabis put up for sale has to be grown on the site where it is sold. You can either use good agricultural land to grow it, or you can sell it near the urban centers and campuses where demand is higher—but not both.

Everybody knows anecdotally that cannabis growing chews through electricity. But the only figures we have on the actual usage come from the pre-legalization days. So Hailey Summers, Evan Sproul, and Jason Quinn, all at Colorado State, decided to provide some up-to-date figures.

To do so, they obtained hourly data on both weather conditions and the carbon intensity of emissions for the entire United States. These were fed into a model that used them to estimate the carbon emissions caused by the air conditioning needs of cannabis production. The model also took into account all the other ways that indoor production resulted in carbon emissions, ranging from fertilizer manufacturing to disposal of plant waste, and it included emissions associated with transportation of these materials. Overall, the model was used to explore the production-associated emissions in over 1,000 different locations within the US.

The big unknown in all of this is the frequency at which the air in the growing facility is turned over. Reported rates range from a complete replacement of the facility’s air 12 times an hour to up to 60 times an hour. The team produces figures across the entire range but mostly reported figures for 20 turnovers/hour.

In the end, electrical usage was the primary driver of greenhouse gas emissions, as you’d expect. But there were some unexpected twists in the details.

For example, the highest electricity consumption tended to be in the US southeast, where the need for dehumidifiers and air conditioning was highest. For example, Jacksonville, Florida, sees humidity management add about 1,500 kilograms of emissions to every kilogram of product. Colder climates, like Alaska and Chicago, tend to provide heating via natural gas, and so the amount of the renewable energy on the grid is less significant—but not insignificant, given the heavy lighting requirement for indoor growth. Despite having similar overall emissions to Jacksonville, far more of it comes from heating and cooling needs than from humidity management.

Unlike in traditional agriculture, fertilizer use isn’t a major factor in the overall greenhouse gas emissions. Many cannabis growers, however, increase the levels of carbon dioxide in the grow rooms, which can help plants grow faster under the right conditions. Typically, this carbon dioxide is the product of other processes, like ammonia production, and would have been released into the atmosphere as waste if it weren’t used this way. But there are still carbon emissions associated with compressing and shipping cannabis, so it ends up contributing about 500 kilograms of emissions for every kilogram of product.