Bill Gates Is Upbeat on Climate, Capitalism, and Even Politics 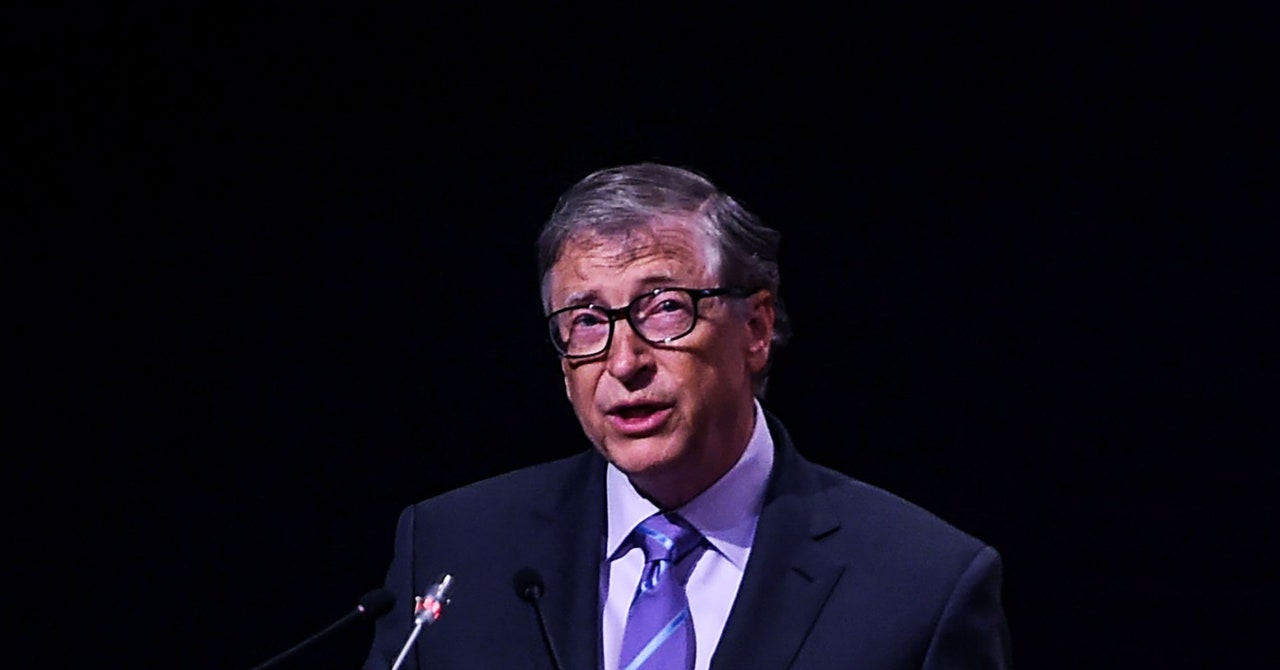 Are you sure it won’t be a decision made by you?

I’m quite sure it won’t be made by me. I’m not going to push this thing. I’m pushing the more rational, Hey, just change the way you make steel. Let’s get cheap, green hydrogen. I’ve done a few million in geoengineering, and overall I’ve done, like, $2 billion. I lose more money on battery companies times one hundred than I put into geoengineering. I funded the open source green energy model. I funded nuclear fusion. At the Paris climate event, there was only one person there pushing the R&D agenda for the political leaders. It’s weird to me how early this whole climate field is in developing an understanding of what needs to be done.

Seems to me that the understanding is early enough, but the planet is telling us the action is late.

It’s about 20 years late in a certain sense. I only saw it through the lens of what I was seeing in Africa, in terms of how difficult the farming was getting there and sort of thinking, do we really have to deal with this complex constraint of climate change? I was very lucky that people brought me up to speed.

At some point in the book you note that you consume an “absurd” amount of energy yourself. I assume that you traveled a lot less this year. Considering your climate activism, will that continue even after the pandemic ends?

Sure. I hope my international travel in the future is about half of what it was in the past. For example, now African leaders all have a block on their calendar called “take video calls.” For a lot of these leaders whom I used to meet, instead of flying there once every two years and sitting and waiting and having an hour-long meeting, I can do a 20-minute meeting with simultaneous translation and get through everything we need. So my efficiency of working with African leaders in terms of their time and my time was like 10 times better this year than ever. I’m not going back to that, and I think there’s a lot of things like that.

Our cutting back on things like travel shows we’re scared for our lives. We change our behavior. You should be optimistic about that.

But that is not how you get to zero, having rich countries do a bit less of something. The acid test is whether India will use green approaches in 2050. They are going to use more electricity, and they’re going to install air-conditioning, and they’re going to provide basic shelter, and when we call them up in 2050 and say, Use the green approach with current technology, they would say, Hey, send us those trillions of dollars because you’re rich—you caused this problem, and we need to provide the very basic needs to our people. So, no, we’re not going to get out of it that way. If all the rich countries went to zero, it wouldn’t matter. The idea of nationally determined contributions doesn’t take you to zero.

Here’s a Covid question. The last time we talked, you said you were funding manufacturing facilities for the vaccines even before they were approved, so we’d have enough when they got the green light. But we didn’t seem to have enough. What happened?

Well, nobody said that they knew how to make 14 billion vaccines overnight. The reason that the serum factory that makes AstraZeneca makes more than any factory in the world is because of the funding that we provided. We are falling way short on vaccine equity. Pfizer and Moderna, which are not that scalable and fairly expensive, are great solutions for rich countries. But it’s a new process that can’t be done any time soon in a developing country. We’ve done more in the mRNA space than any single organization. But it wasn’t ready. There wasn’t a single approved vaccine using this technology. If the pandemic had come five years later, mRNA would have been a stable platform in terms of cost, duration, manufacturing capacity. But hey, I spent $2 billion, and I know if I hadn’t spent it, the inequity would be even worse.