Non-fungible tokens (NFTs) continue to take the world by storm as evidenced by the March 16 announcement that Sotheby’s would be entering the NFT game by facilitating the sale of tokenized art by the anonymous artist known as “Pak.”

The latest cryptocurrency project to receive a boost from NFT related activities is Everipedia (IQ), a blockchain-based encyclopedia that has the vision of creating “a world where all knowledge is available to all people.”

The Everipedia ecosystem also includes PredIQt, a decentralized knowledge base and DeFi platform that includes a prediction market where users can make predictions about future market events and earn cryptocurrency for successful predictions. 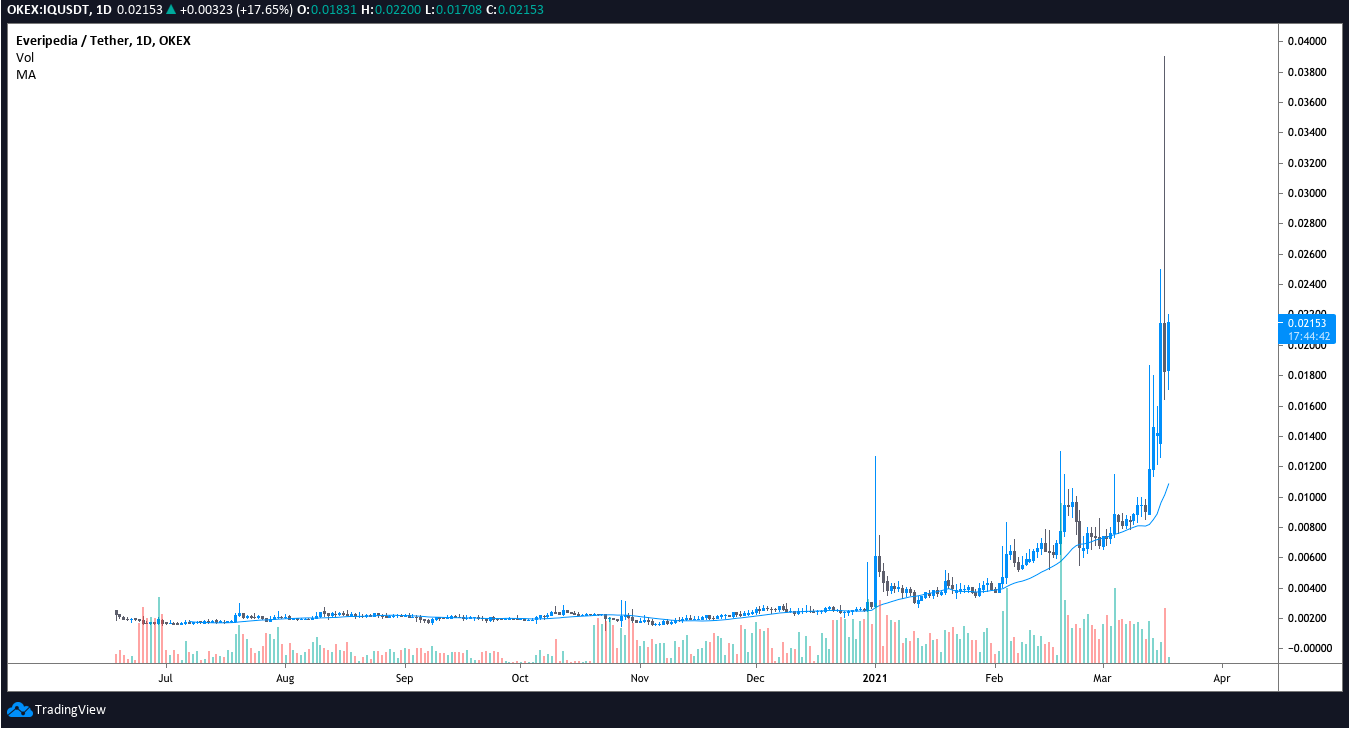 Everipedia considers itself to be the next generation encyclopedia that has been redesigned for the modern age and the project has already become the world’s largest English encyclopedia by content in just a few short years.

The lead-up to Tuesday’s price spike began on March 3, when the Associated Press announced it was going to auction an NFT that was created in collaboration with Everipedia by utilizing data that the AP published on Ethereum with Everipedia’s OraQle tech.

The Associated Press is auctioning off their first #NFT artwork on @opensea to commemorate calling the 2020 Presidential Election on the blockchain.

In the future, every historic event will be called on-chain and archived with NFTs.https://t.co/QkmcXN7hc5

After an initial increase in trading volume following the announcement, action for IQ died down until the completion of the auction on March 10 which saw a winning bid of 100 Ether, which was roughly $180,000 at the time of the bid.

It remains to be seen what the Everipedia team has in store to capitalize on its newfound attention, but developments related to NFTs and decentralized finance show that the project understands the value and customer app of the two hottest trends in the cryptocurrency sector.