Unpopular opinion? The problem with blockchain gaming is blockchain 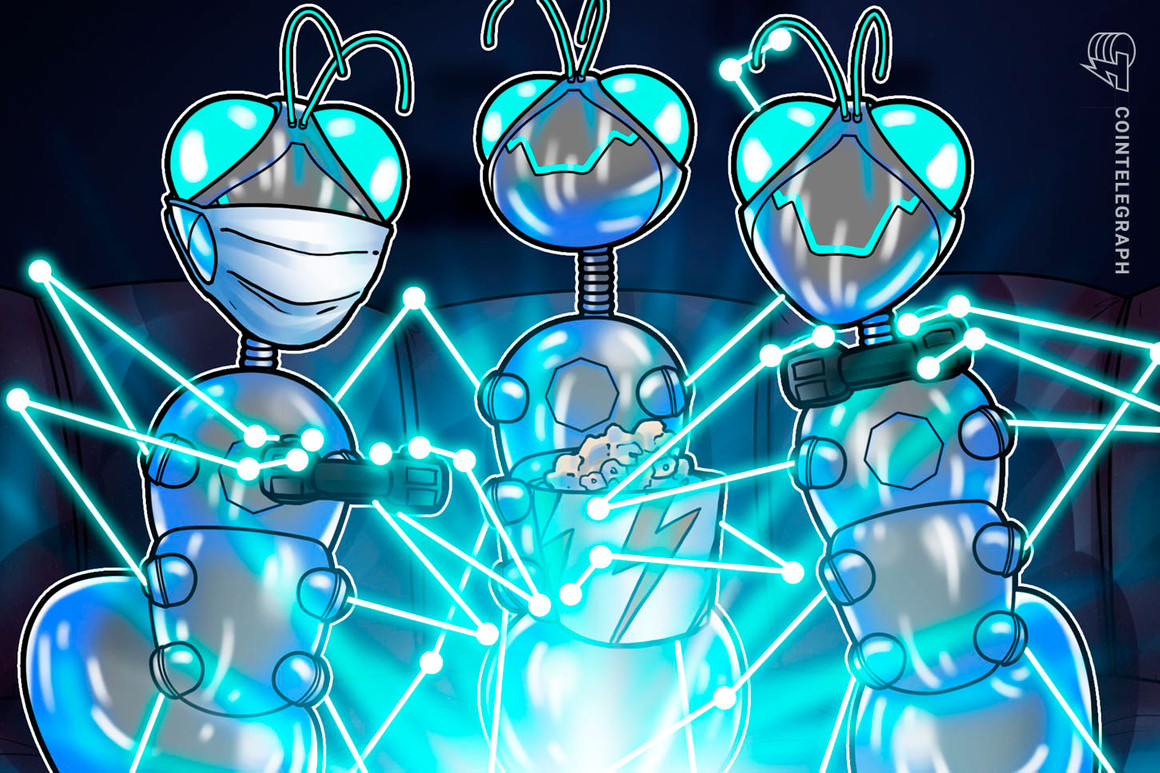 The use of blockchain in crypto-based games could be a hinderance to the adoption as well as an exciting unique selling point. Now, before you start taking up your decentralized pitchforks and demanding that I be immediately chased out of Blockland and never spoken of again, please let let me explain.

This is not a suggestion that blockchain games are bad, or that the addition of blockchain is detrimental to games. On the contrary, there are hardly any existing genre of game which couldn’t be greatly enhanced through the integration of blockchain elements.

From provable fairness and permanent immutable ledgers to true ownership, trading and play-to-earn, the possibilities that blockchain brings to gaming are (ahem) game-changing.

Being part of the industry, it’s hard not to be in the “blockchain and gaming are a match made in heaven” camp. And we all know how the story goes from there: if just a fraction of the worlds estimated 2.7 billion gamers discover the benefits of these newfangled blockchain games, and just a fraction of those go on to learn more about blockchain and cryptocurrency, the size of the crypto market goes up exponentially.

So if attracting gamers is good for crypto, why are so many blockchain developers content to target the existing crypto crowd?

What do crypto fans want in a game?

To highlight this, let’s take a look at the showings on offer at a recent BGA Game Demo Day, where a full three of the four games featured (CryptoPick, Trade Stars and Crypto Colosseum) revolved solely or heavily on either trading or prediction markets.

CryptoPick is literally just a prediction market based on whether a certain cryptocurrency will go up or down or which crypto will perform the best or worst over a particular time frame. Some may argue that does not really counts as a game? Isn’t that just playing the markets, but for “Pickies” instead of real money? No wait. You can customize your avatar with NFTs… Well that’s certain to tempt the gaming masses.

Moving on… Trade Stars is a collectible trading card game that allows players to buy and sell (or Trade) shares in the famous players (or Stars) of various sports… although currently just cricket.

Sports fans tend to enjoy this kind of thing and cricket is very popular in a number of countries around the world. However, the performance of the players has no bearing on the value of the shares, so this basically seems like random stock-picking… with cricketers.

Has anyone seen some gameplay lying around?

Crypto Colosseum came out fighting with its colours pinned firmly to its chest. According to the blurb it is: “A crypto game of degenerate gambling and whimsical violence.”

A selection of gladiators, fighting for various crypto factions (BTC, ETH and MATIC), take part in automated text-based battles and tournaments. Players get to bet on the outcome of the battles and can also buy items to help or hinder the gladiators in battle in an attempt to sway the result.

Gladiators, back-stories, and the fight-sequences themselves are created by AI, adding the “whimsical” element to the violence. Fights are also affected by the real life price performance of the faction token throughout the battle, and the stats of the gladiator.

The prize pot is split between the holder of the gladiator contract, those with shares in the faction, and those betting on the winning gladiator. Sure there is a gameplay element, and sure, it does look quite interesting, but it is, as it indeed claims, essentially about the gambling.

Review: Maybe they want some DeFi?

One of the worst recent “offenders” is the bafflingly popular, Aavegotchi. I took an early look at Aavegotchi during testing, with the intention of writing up a preview. In order to test the game I was first provided with over $20,000 of the various tokens I might need for staking, although sadly only on the Kovan testnet.

Now, any game that requires an investment in the thousands is going to be a hard sell, even to hardcore gamers, who are currently baulking at being asked to pay $70 for a next-gen title.

Undeterred, I bought myself some testnet portals to claim the creatures inside, and I must admit to quite enjoying this element. The process of sifting through each portal’s 10 available Aavegotchi in order to choose a favourite based on its stats and the staking token it could hold was simple, but well implemented.

Being Kovan-rich, I was also able to bedeck my new friends in an array of accessories and gear, further buffing the rarity of my card. And that was pretty much it. The rarity affects the yield gained from the staked tokens.

They managed to gamify DeFi staking… but did that really need gamifying? According to the interest it has seen, the obvious answer is “Yes”? Or maybe the crypto crowd is so keen to see what blockchain gaming will produce that it will flock to the latest thing out of simple curiosity?

Blue sky on the horizon

Now, no one is suggesting that these projects are bad or that there isn’t a place for them. All of those mentioned have their fans, and will most likely do just fine. It’s just that they don’t seem to be particularly exciting for your regular gamer.

Instead of showing how blockchain-enabled features can be implemented to improve the existing gaming experience, many appear to have had their ambition hampered by the inclusion of blockchain technology; their scope limited to things that cryptocurrency already does well.

Being able to buy a sun hat for your Aavegotchi in order to improve your staking yield by 0.1% is not the killer entertainment experience which will take blockchain gaming mainstream.

It should also be stated that this bias toward being overly blockchainy was not typical for a BGA Game Demo Day. In the past, developers have presented an astonishing variety of forthcoming blockchain gaming goodness at these events, and in truth it feels a bit mean-spirited to highlight last month’s unfortunate scheduling to back up the argument here.

The Blockchain Game Alliance does a great deal to promote the use of blockchain within the wider gaming industry, and Game Demo Days also regularly include tools to help traditional developers easily incorporate blockchain into their games.

BGA president, Sebastien Borget, is also the lead of The Sandbox, a Minecraft-inspired world-building game with blockchain running through its veins, which should lure in its fair share of regular gamers on public launch.

Perhaps that is the key source of the issue? Having seen some of the “proper” games that are coming through, it’s harder to get excited about projects that arguably don’t particularly expand the blockchain gaming experience any further.

The movement that Dapper Labs started with CryptoKitties in 2017 is still finding its feet, and in many ways still experimenting with the best ways to integrate the worlds of gaming and blockchain. As the movement is blockchain-led we are currently seeing a lot of variations on a theme.

Blockchain itself is still but a youth compared to the gaming industry, which has already been around for over half a decade. It was always going to take time before the arrival of AAA games with blockchain capabilities, but be assured that they are on their way and closer than ever.

The much lauded Infinite Fleet went into private alpha earlier this month, with early supporters being given access to the first playable version of the game.

The fourth game featured in the aforementioned Demo Day, My Neighbour Alice, was actually an interesting looking isometric world building game where players could earn in-game currency for performing quests. Not exactly action blockbuster, but certainly “a game” in the traditional sense of the word, but with blockchain capabilities.

As a gamer, I want to play… and like for many, it’s hard to justify investing too much filthy lucre either. To attract gamers, blockchain games have to provide compelling experiences around true ownership of assets and all the rest.

So when suggesting that the problem with blockchain games is blockchain, it’s not a call to see it removed from the equation. Simply that it should never overshadow the actual game.