Bitcoin (BTC) shouldn’t have a problem reaching $100,000 during the current cycle thanks to impressive behavior from hodlers.

In their latest newsletter seen by Cointelegraph, analysts from trading suite Decentrader including Cointelegraph Markets contributor filbfilb sought to allay fears that Bitcoin’s bull run is running out of steam.

Backing their optimism, they said, is data showing that more and more investors are hodling BTC for the long term — one year or more.

Taken from the popular “HODL Wave” indicator, this suggests that there is less desire to sell Bitcoin at short notice at a certain price, providing a solid foundation for further growth.

“The 1Yr+ HODL Wave suggests that Bitcoin should comfortably reach the $100,000 level during this cycle,” Decentrader summarized.

“The greater the amount of Bitcoin being held for a year or longer, the less liquid the supply or potential selling pressure there will be. Typically, if 50% or more of Bitcoin is being HODLed the bull market continues, below this is potentially cause for concern.”

HODL Waves tracks the proportion of the existing Bitcoin according to when it was last used in a transaction. Previously, Cointelegraph noted that those who bought BTC during the 2017 bull run had largely held onto their position despite realizing significant gains. 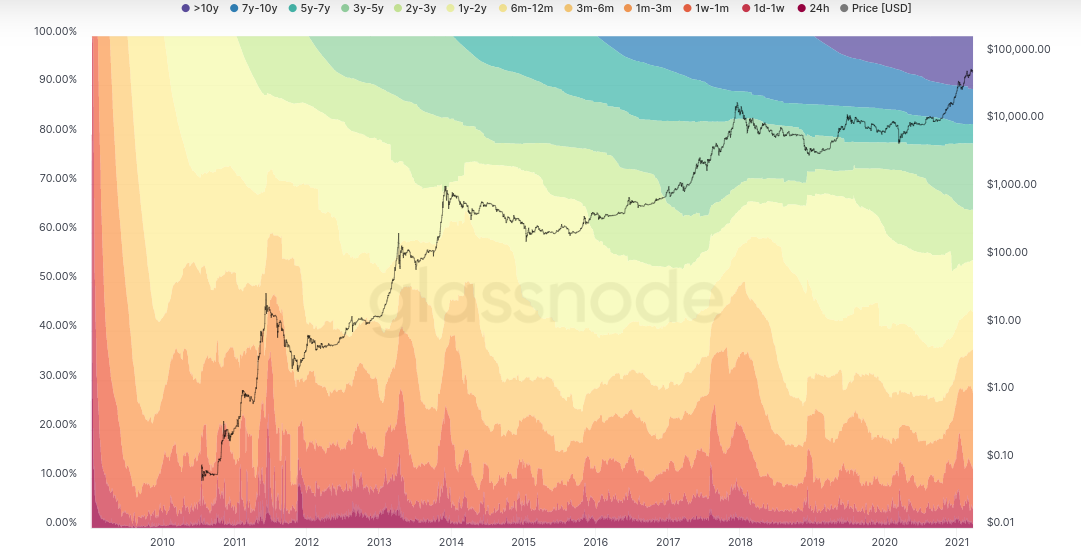 Locking down the BTC supply

As Cointelegraph reported on Monday, roughly 36% of the circulating Bitcoin supply is currently made up of “younger” coins which have moved at some point in the past six months.

Even miners appear to be increasingly interested in keeping their BTC rewards, as evidenced by figures from on-chain analytics service Glassnode showing net miner positions turning positive this month. Michael Saylor, CEO of MicroStrategy, described their behavior as “onlyrational.”

“Strong holders are increasing their positions. Another sharp increase of #Bitcoin in the illiquid wallets,” quant analyst Lex Moskovski commented on another Glassnode chart. 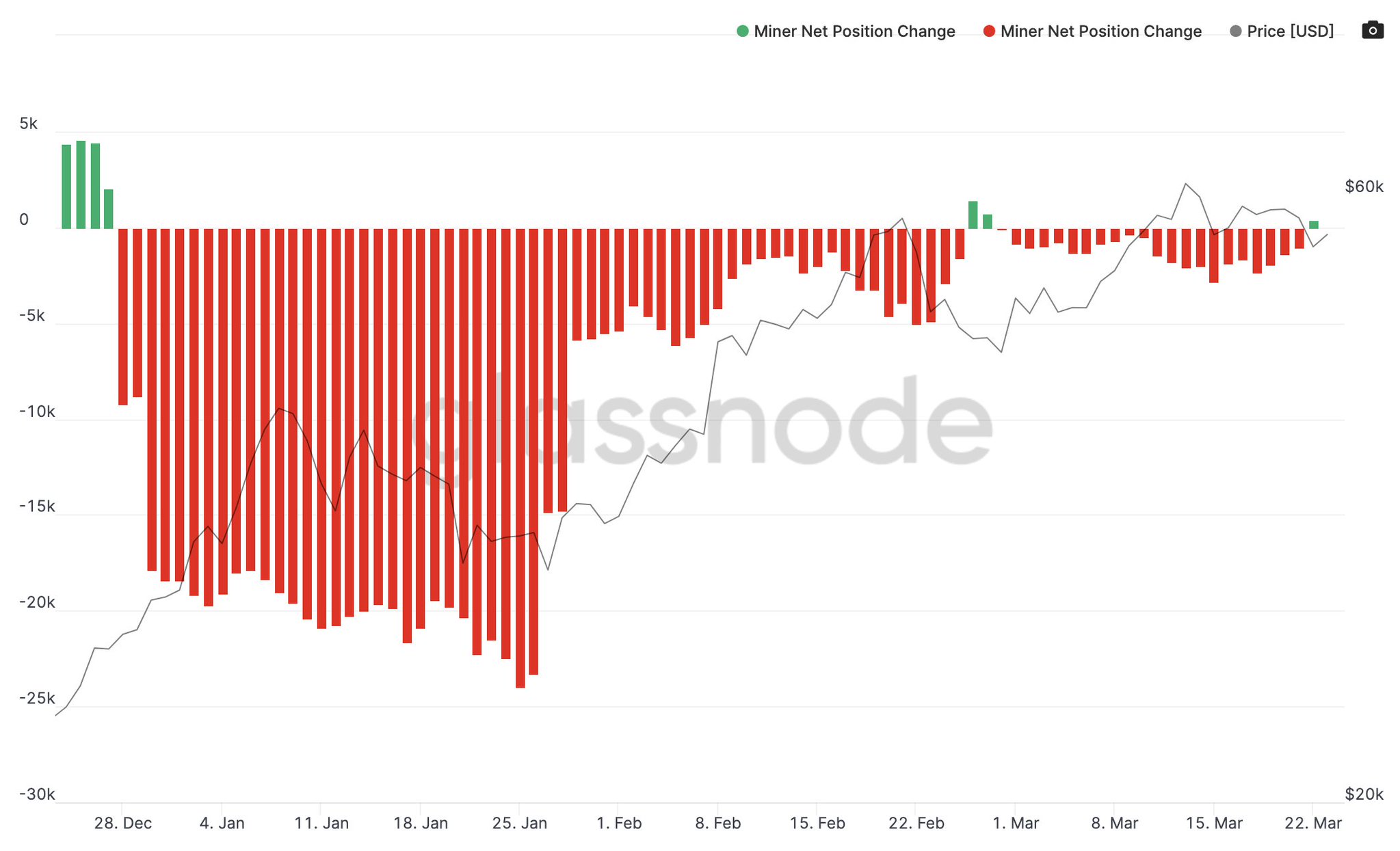 Elon Musk, CEO and “Technoking” of Tesla, became the most recent high-profile hodler when he announced on Wednesday that the carmaker would offer products for BTC and not convert the revenue to fiat.

According to Bitcointreasuries.org, Tesla currently holds an estimated 48,000 BTC, a number that should grow as people exchange their Bitcoin for the company’s electric vehicles.