Bitcoin price bounces at $50K amid 4-month highs for DXY

Bitcoin (BTC) fell to its lowest level since March 8 on Thursday as U.S. dollar strength added to selling pressure near $60,000. 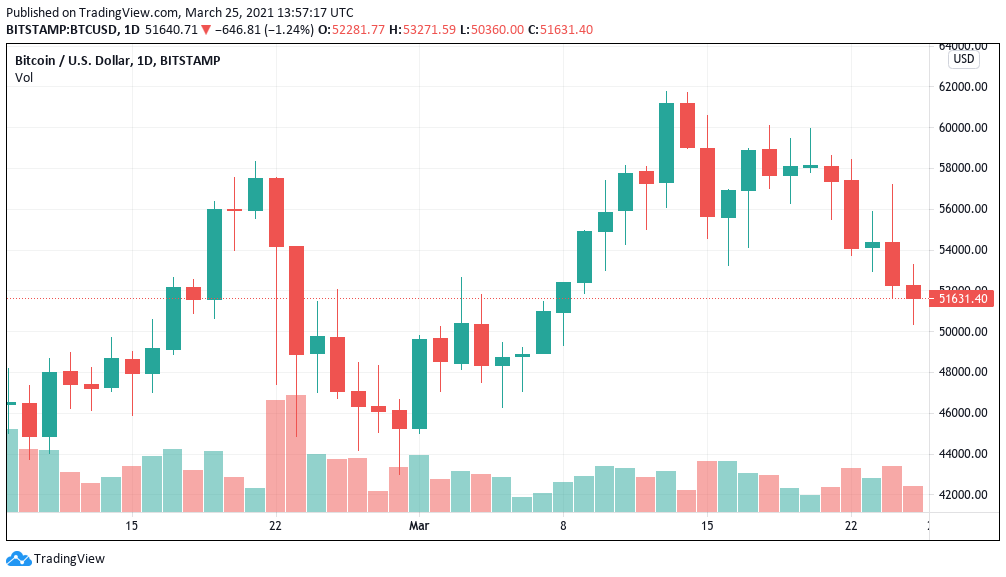 Data from Cointelegraph Markets Pro and Tradingview showed BTC/USD testing $50,000 for the first time since sealing the level as support earlier this month.

After seeing rejection at $60,000, Bitcoin had struggled to maintain higher levels through the week, and an overnight sell-off finally saw mid-$50,000 support evaporate.

The largest cryptocurrency shed almost 10% on the day, with buyers nonetheless keeping it out of the $40,000-$50,000 corridor at the time of writing.

The weakness came in tandem with news from the United States Federal Reserve, which focused on a potential pullback of monetary intervention. The economy, Chair Jerome Powell said, had rebounded better than expected.

“As we make substantial further progress toward our goals, we’ll gradually roll back the amount of Treasurys and mortgage-backed securities we’ve bought,” he told NPR quoted by CNBC.

“We will very gradually over time and with great transparency, when the economy has all but fully recovered, we will be pulling back the support that we provided during emergency times.”

The dollar took its cue for an uptick, with the U.S. dollar currency index (DXY) hitting its highest score since Nov. 23 on the day.

As Cointelegraph reported, despite somewhat breaking down this year, DXY and BTC/USD performance tends to be inversely correlated. 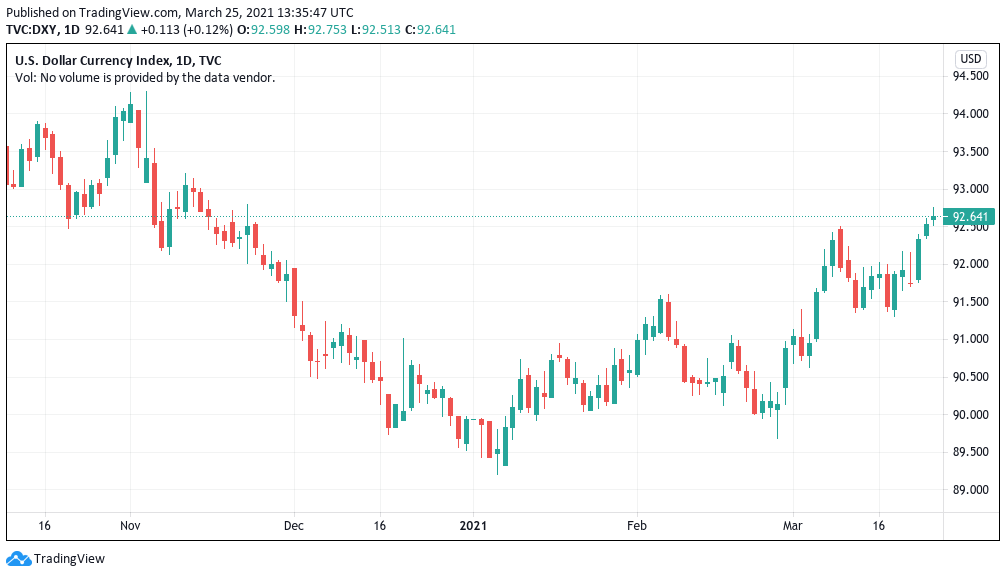 On spot markets, traders were broadly unfazed by the pullback. Significant support remained at $46,000 and higher, which some had previously said would save Bitcoin from deeper losses in the event of a bearish pullback.

Their advice, therefore, was to use the current climate as a buying opportunity. 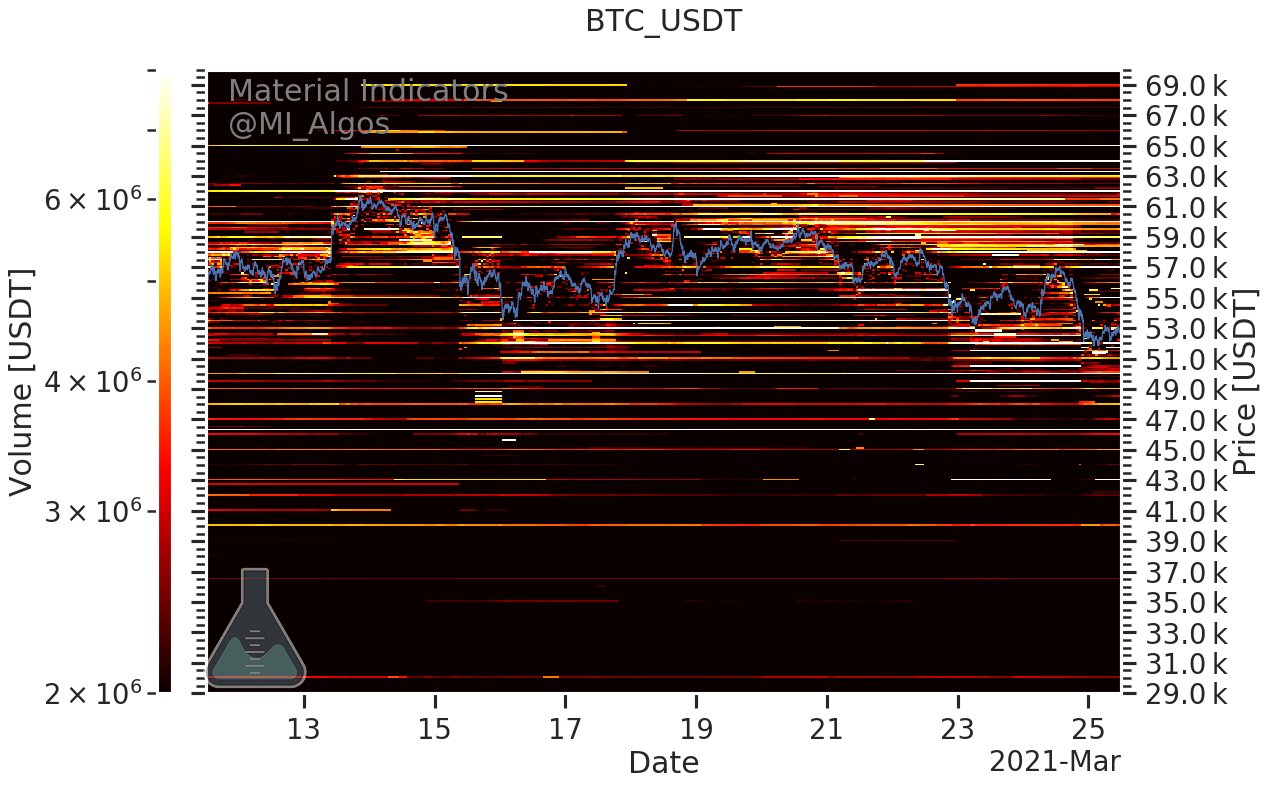 Fellow trader Scott Melker suggested that the market was “pushing into” oversold territory, which could signal a more permanent reversal incoming.

In an interview with Pal, NYDIG, which provides access to Bitcoin through various funds, also confirmed that it had been in discussions with multiple unnamed sovereign wealth entities.