Sentiment in China has slumped as WeChat searches for Bitcoin dropped 7% this week, while searches for “bear market” spiked 102%. One trend that remained strong was NFT-related, with NFTs receiving an 86% increase in WeChat searches over the seven-day period. Token sales were another hot item with interest in Casper Labs surging after signups on CoinList breached 100,000 on global platforms.

One high-profile token sale to emerge from China was DAO-as-a-Service platform Dora Factory. The project, backed by DoraHacks, held a public token launch on March 21 with listings on OKEx, Gate and MXC. DoraHacks is well-known for hosting developer events and is one of the most active blockchain developer communities to originate from China. The team will be hosting a global hackathon series in 2021, landing in regions including Singapore, the United States, Germany and India.

Cointelegraph China kicked off their Hot Trends 2021 event in Chengdu on Thursday, welcoming a number of projects and industry participants to the southern city. The event’s speeches and panels are exploring the sustainability of trends such as DeFi and NFTs. Chengdu has long been an important city in the Chinese cryptocurrency mining space due to low electricity costs and developed infrastructure. 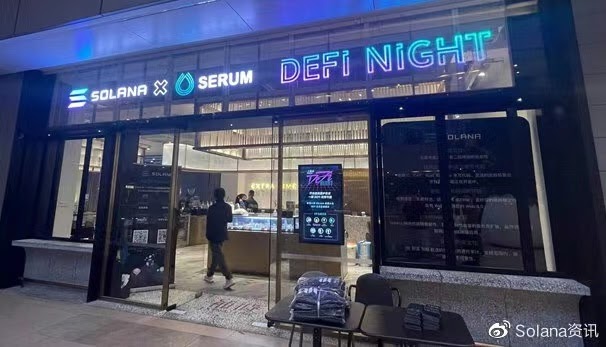 Solana and Serum hosted a DeFi Night in Shanghai on March 20 as they continued promoting their ecosystem in Asia. The event also included speakers from Aave, Chainlink, Multicoin Capital, Raydium and The Graph. The ecosystem arms race has become important as major players such as BSC, Huobi (Heco), OKEx (OKExChain), and Solana all attempt to attract their share of the large development pool in cities like Shanghai, Beijing, Shenzhen and Hangzhou. FTX founder Sam Bankman-Fried gave a keynote to the event via pre-recorded video.

The Hong Kong Monetary Authority began working with the People’s Bank of China Digital Currency Research Institute to test the technology that enables the use of digital yuan for cross-border payments, according to Yu Wai-man. Yu is the current Chief Executive of the HKMA. It announced on March 19 that these financial services are expected to launch in the second half of this year.

Also on March 19, several state-owned companies, under the guidance of the CPC Working Committee began applying the digital yuan to be used as a method of payment in charging electric vehicles in the Xiongan new area near Beijing. Among these companies were a sub-branch of the PBoC, Bank of China, China Telecom and the China State Grid. Linking the digital yuan with clean energy initiatives is quickly becoming a priority for state-related organizations, especially with the announcement that the new five-year plan would target carbon neutrality by 2060.

On March 23, Chinese state media outlet Sina reported that the six largest major government-owned banks have begun testing wallet services for the digital yuan. The banks would be able to whitelist testers who can then download the mobile app and set up a sub-account. Phase 1 of the formal pilot should begin next month

Ant Group, a major financial subsidiary of Alibaba, issued a white paper on blockchain and government services on March 17. The paper outlined how government organizations can use information technology, digital identity solutions and blockchain infrastructure to deliver and manage data. Ant Group has had a difficult period after their highly-anticipated public offering was canceled amid concerns about interest rates on electronic lending.

Finally, on March 21, the PBoC and the Supreme People’s Procuratorate (China’s highest legal prosecuting authority) released six cases of modern money laundering methods, most of which included Bitcoin and cryptocurrency. In one of the cases, one convicted person received two years in prison and a fine for illegal fundraising via an unlicensed digital currency trading platform.

This new weekly roundup of news from Mainland China, Taiwan, and Hong Kong attempts to curate the industry’s most important news, including influential projects, changes in the regulatory landscape, and enterprise blockchain integrations.