Tusch and Münker developed a powerful new method for extracting tiny traces of tungsten from ancient rocks. Then they went looking for the rocks.

First they analyzed Archean rocks collected in the Isua region in western Greenland. Tusch spent 11 months analyzing the samples, but in the end his tungsten-182 data was flat, with no significant variation between samples. The researchers surmised that the Greenland rocks had been deformed and heated in their history, scrambling their geochemical information.

They needed better rocks, so they headed to Pilbara in Western Australia. “It has some of the best-preserved Archean rocks on the whole planet,” Münker said. “They haven’t seen much heating when compared to similar rocks of that age.”

“I was really keen on finding samples that do not display the same value over and over again,” said Tusch.

Guided by co-author Martin Van Kranendonk of the University of New South Wales, the team crisscrossed the Outback in off-road trucks, visiting rust-red outcrops where ancient volcanic rock and vegetation mimic each other: Spinifex bushes at the outcrops are part silica, making them spiky and inedible to everything but termites.  They hammered off a promising half-ton of rocks and lavas that formed between 2.7 billion and 3.5 billion years ago. 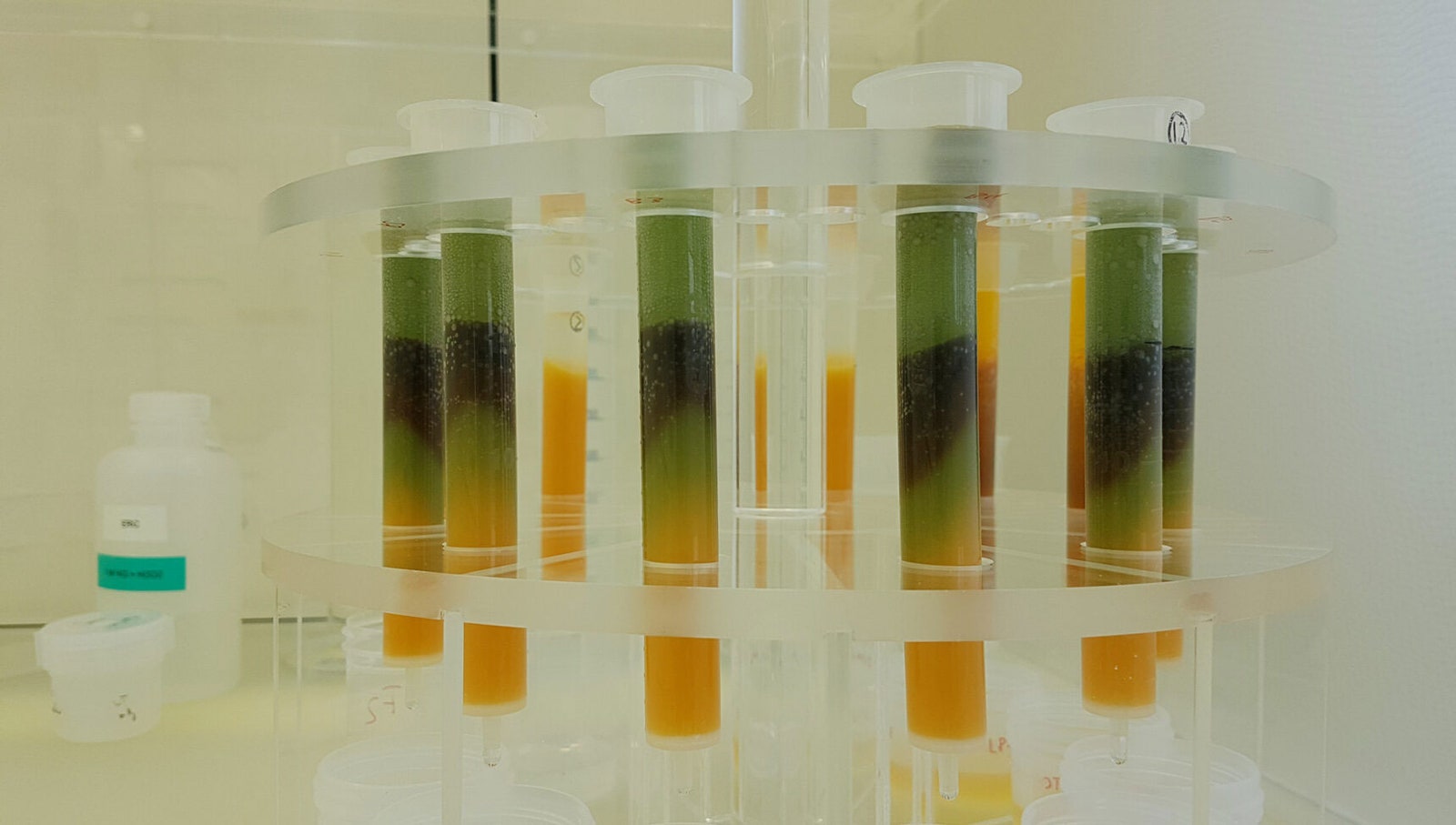 To analyze the tungsten isotope ratios in the ancient rocks, the geologists extracted and purified their tungsten using a process called ion exchange chromatography. A dissolved rock sample is loaded into an acidic solution, leading to the vertical separation of different elements.Courtesy of Jonas Tusch

Back in Germany, Tusch set to work. He used a rock saw to get at the fresh rock inside each sample, then polished some slices down to half the width of a human hair to make them translucent for microscopy. He crushed the rest and concentrated the tungsten, then analyzed the tungsten isotope ratios in a mass spectrometer.

Over nearly two years, the results trickled out. This time the isotope ratios were not flat. “It was really nice to see,” remarked Tusch.

The tungsten-182 concentrations started out high in rocks formed before 3.3 billion years ago, showing that the mantle wasn’t mixing yet. Then the values declined over 200 million years until they reached modern levels by 3.1 billion years ago. That decline reflects the dilution of the ancient tungsten-182 signal as the mantle beneath Pilbara began to mix. That mixing shows plate tectonics had begun.

Earth would quickly transform from a water world studded with Iceland-like volcanic islands into a world of continents with mountains, rivers and floodplains, lakes, and shallow seas.

A New World Made for Life 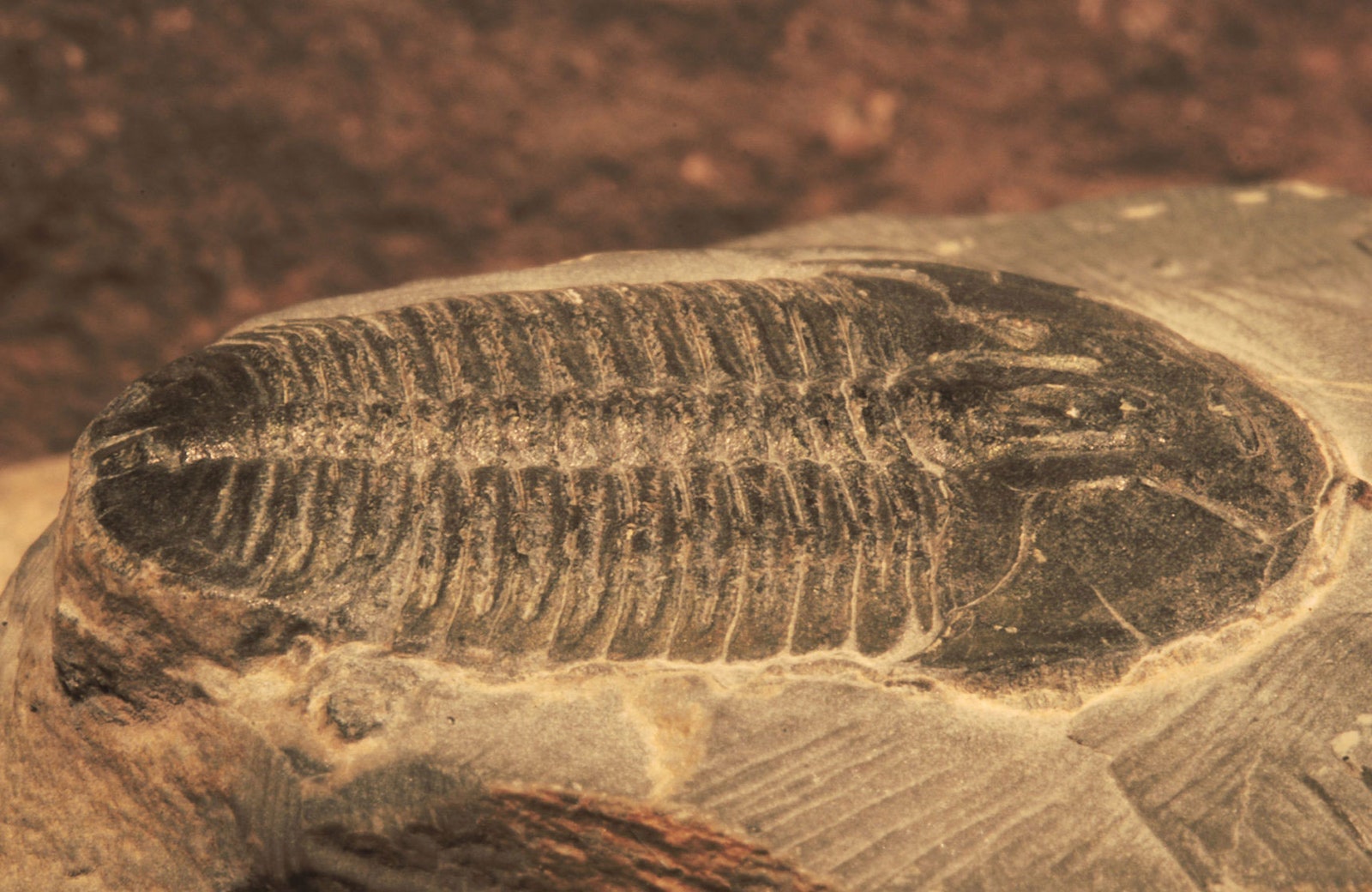 The fossil record shows an explosion of complex and diverse animal life dating back to approximately 540 million years ago. One of the most abundant and iconic creatures of the era was the trilobite, an armored animal that flourished for tens of millions of years. Pictured here, a fossil of the trilobite Elrathia kingii.Courtesy of Micha L. Rieser

For another half-billion years, this oxygen remained barely a whiff in the sky, partly because it immediately reacted with iron and other chemicals. Also, every oxygen molecule generated in photosynthesis is matched by a carbon atom, and these easily recombine into carbon dioxide with no net gain of oxygen in the atmosphere, unless the carbon is buried.

Gradually, though, plate tectonics provided the land and sediments in which to bury more and more of the carbon (while also providing plenty of phosphorus to stimulate photosynthetic bacteria). The atmosphere eventually oxygenated 2.4 billion years ago.

Oxygen set the planet up for the emergence of plants, animals and almost everything else with an oxygen-based metabolism. Life larger and more complex than microbes requires more energy, and organisms can make much more of the vital, energy-carrying molecule called ATP with oxygen than they can without it. “Oxygen is really important for what we think of as complex life,” said Athena Eyster of the Massachusetts Institute of Technology.