Three-quarters of circulating BTC last changed hands for less than $10,800

Research from on-chain analytics provider Glassnode has found that roughly three-quarters of circulating Bitcoin last moved on the blockchain when prices were below $10,800, suggesting most market participants are long-term holders.

The report notes the number of long-term Bitcoin bulls continues to increase, with many coins that have remained dormant since early in the current market cycle now being classified by Glassnode as long-term holdings, or LTH — coins that have not moved on-chain for at least 155 days.

As a result, the number of coins being classified as entering into “illiquid supply” has surged in 2021. The Illiquid Supply Change metric has shown that the 30-day change in supply is moving from a liquid or readily traded state into an illiquid state representing HODLed coins.

The report observed that accumulation rates exceeding 130k BTC per month has been consistently maintained throughout this bull market.

Glassnode’s Coin Days Destroyed metric, or CDD, also points to increasing hodling among long-term investors, with CDD suggesting seasoned investors are again realizing gains at a rate comparable to 2020 after a surge of profit-taking between November through January.

“The take home message here is that investors and traders have continued to buy into BTC, throughout this bull market,” said Glassnode. 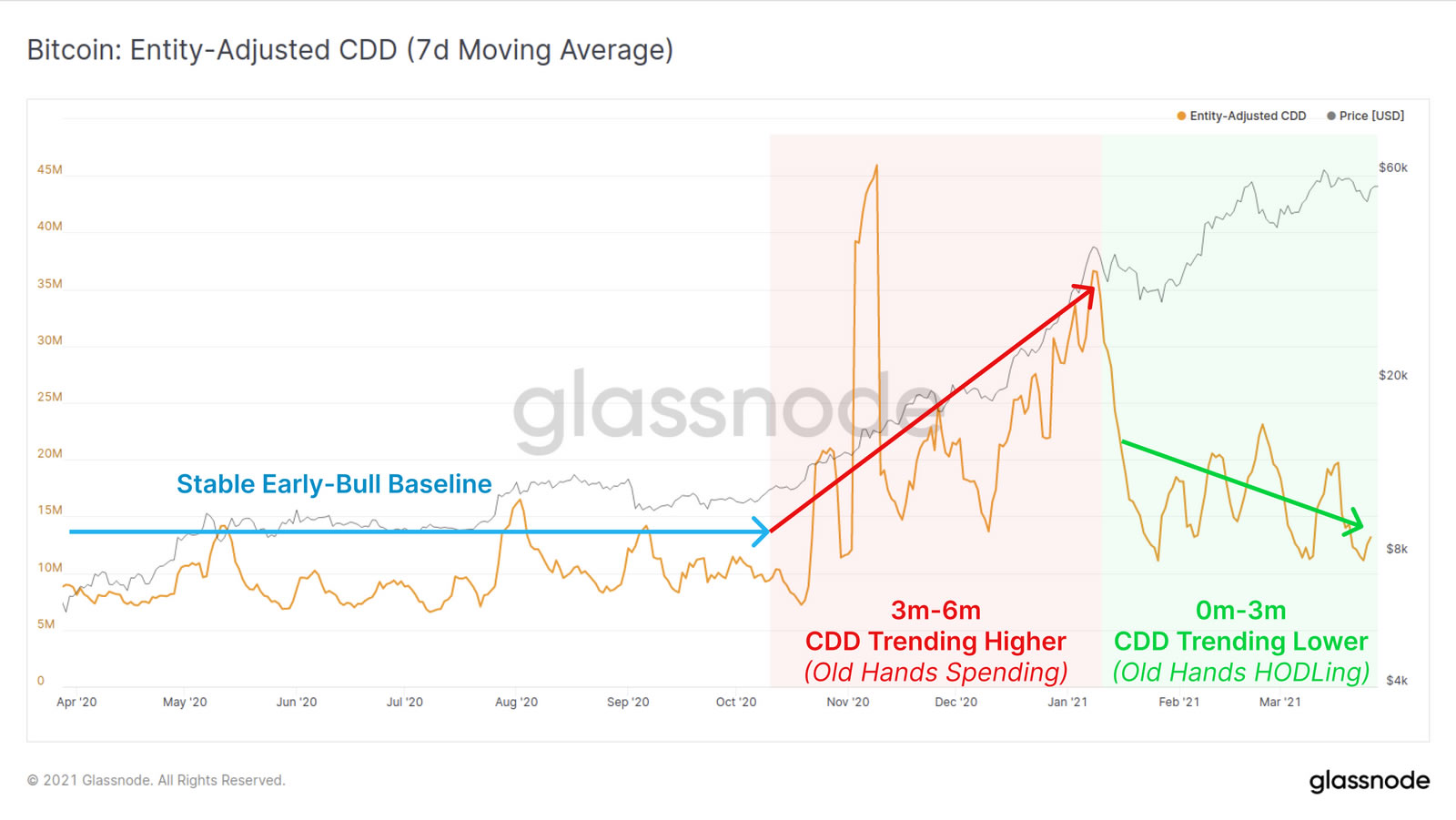 Bitcoin’s “Hodlwave” metric, which visually breaks down Bitcoin’s supply based on when coins last moved on-chain, shows a spike in both long-term hodling and short-term circulation amid the current market conditions.

According to Unchained Capital’s Hodlwaves, two-thirds of Bitccoin’s supply has changed hands in the six months, roughly half of which last moved during January or February. Approximately 5% of BTC’s supply was active during the past seven days. 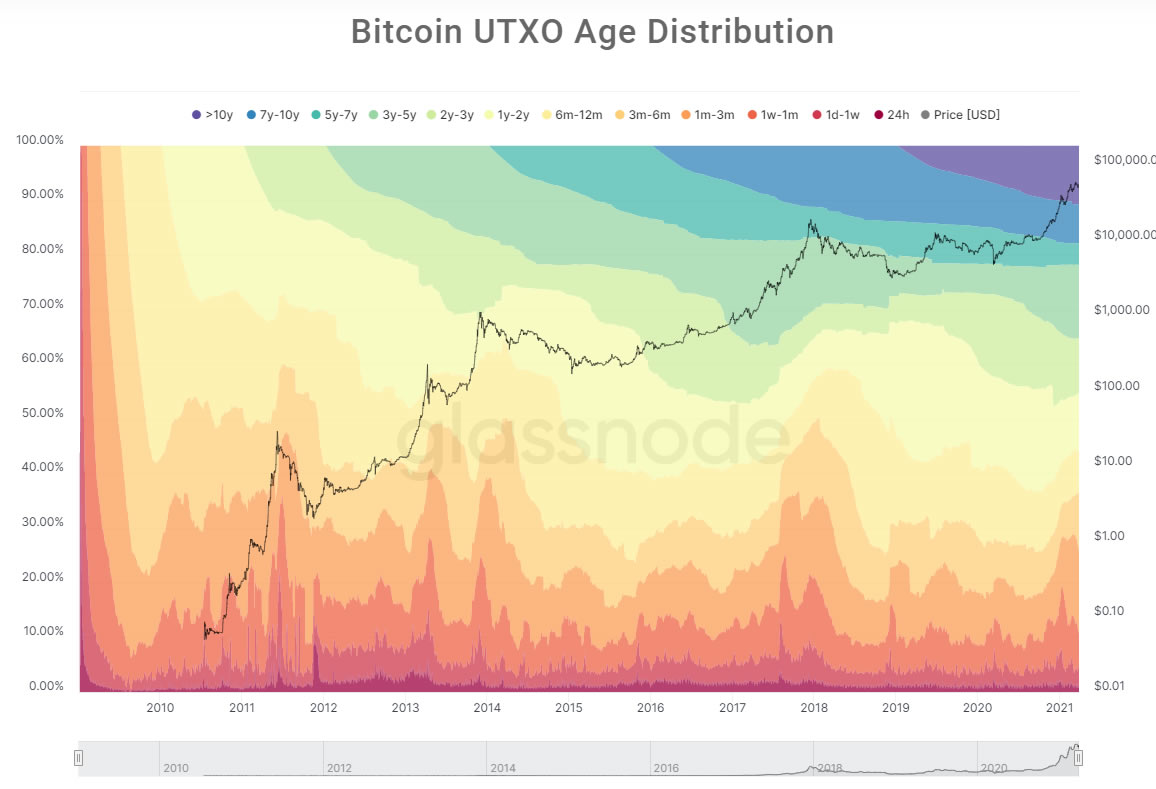 At the time of writing, Bitcoin was trading up 4% over the past 24 hours at $57,500 according to CoinGecko.