Cells Form Into Living ‘Xenobots’ on Their Own 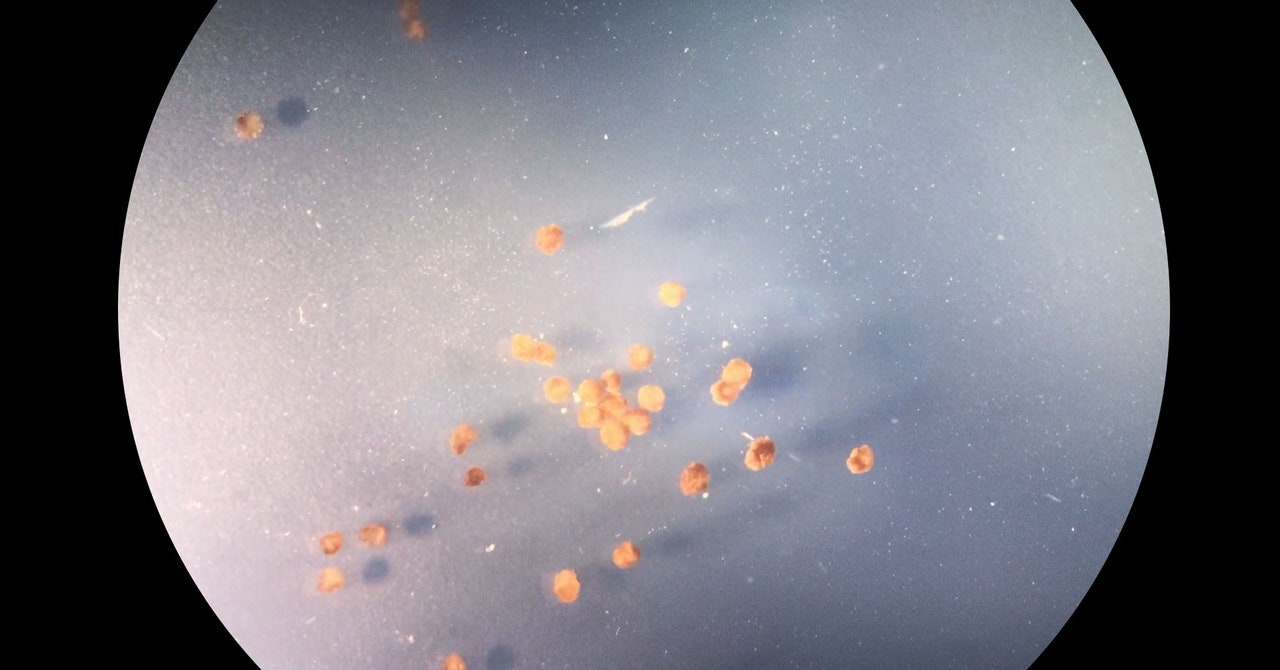 The potential for cells to find their way to body plans was dramatically illustrated recently with a report that when some sea slugs become heavily infected with parasites, their head separates from the body through self-induced decapitation and then regrows an entire new body within a few weeks. It’s tempting to see this as just an extreme case of regeneration, but that perspective leaves some profound questions hanging.

“First, where does the information for the anatomy it’s trying to regenerate come from?” Levin asked. “It’s easy to say ‘genome,’ but we now know from our xenobots that there is extreme plasticity, and cells are actually willing and able to build very different bodies.”

The second question, he says, is how regeneration knows when to stop. “How do cells know when the ‘correct’ final shape has been produced, and they can stop remodeling and growing?” he asked. The answer is critical for understanding the unruliness of cancer cells, he thinks.

Levin’s group is now studying whether adult human cells (which lack the versatility of embryonic cells) display a similar ability to assemble into “bots” if given the chance. Preliminary findings suggest that they do, the researchers said.

Organisms, Living Machines, or Both?

In their paper, Levin and his colleagues discuss the potential of xenobots as “living machines” that could be used as microscopic probes or deployed in swarms to perform collective operations such as cleaning up watery environments. Adami, however, remains to be convinced that the Tufts team understands enough to begin to do this. “They have not shown that you can design these things, that you can program them, that they are doing anything that is not ‘normal’ once you release the mechanical constraints,” he said.

Levin is undeterred, however, and thinks that the ramifications of xenobots for fundamental science may ultimately go far beyond their biomedical or bioengineering applications, to any collective system that exhibits an emergent design not specifically encoded in its parts.

“I think this is bigger than even biology,” Levin said. “We need a science of where larger-scale goals come from. We’re going to be surrounded by the internet of things, by swarm robotics, and even by corporations and companies. We don’t know where their goals come from, we’re not good at predicting them and we’re certainly not good at programming them.”

Solé shares that wider vision. “This work is remarkable in particular for how much it reveals about the generative potential of self-organization,” he said. He feels it might broaden our view of how nature creates its endless forms: “One thing we also know well is that nature constantly tinkers with biological matter and that different functions or solutions can be achieved by different combinations of pieces.” Maybe an animal, even a human one, is not an entity written in stone—or rather, in DNA—but is just one possible outcome of cells making decisions.

Are xenobots “organisms,” though? Absolutely, Levin says—provided we adopt the right meaning of the word. A collection of cells that has clear boundaries and well-defined, collective, goal-directed activity can be considered a “self.” When xenobots encounter each other and temporarily stick, they don’t merge; they maintain and respect their selfhood. They “have natural boundaries that demarcate them from the rest of the world and allow them to have coherent functional behaviors,” Levin said. “That’s at the core of what it means to be an organism.”

“They are organisms,” Jablonka agreed. It’s true that xenobots presumably can’t reproduce—but then, neither can a mule. Moreover, “a xenobot may be induced to fragment and form two small ones,” she said, “and maybe some cells will divide and differentiate into motile and nonmotile ones.” If that’s so, xenobots could even undergo a kind of evolution. In which case, who knows what they might become?