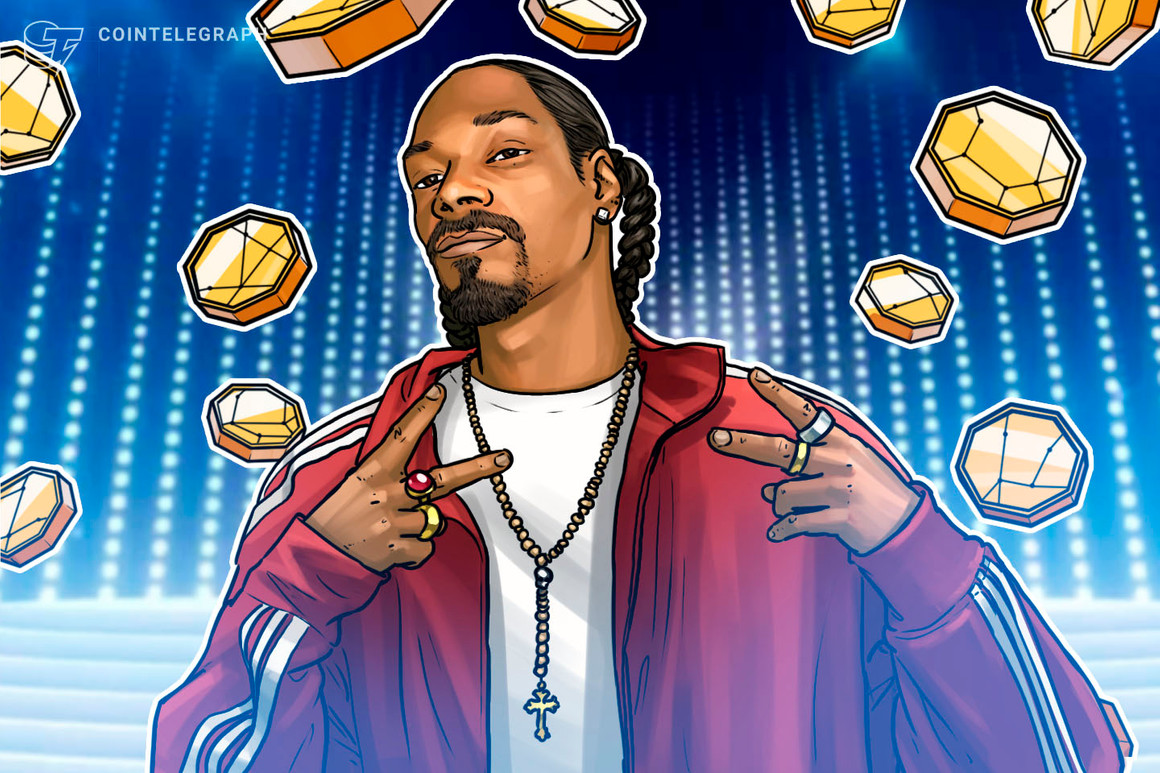 Dogecoin (DOGE) proponent and media personality Snoop Dogg has said he hopes to release his own cryptocurrency in the future.

In a Vanity Fair interview released on Friday, Snoop said his recent non-fungible token, or NFT, offering through Crypto.com will likely not be his only contribution to the crypto space. Citing parallels between Dogecoin and his own professional name, the rapper said journalist Nick Bilton was “damn right” in predicting a Snoopcoin or Doggcoin one day.

The entertainment icon already has his own version of tokens as NFTs through Crypto.com, though the offering is a tokenized version of artwork featuring “Snoop Dogge coins” rather than a true cryptocurrency. The NFTs have a picture of a dog on one side of three gold coins and a recording of Snoop saying he is “all about those Snoop Dogge Coins, dog.” At the time of publication, users have purchased roughly 3,000 editions of the NFT.

Along with billionaire Elon Musk and Kiss’ Gene Simmons, Snoop has been one of the prominent figures promoting DOGE through memes and pro-crypto statements on social media. The mentions may have contributed to the price of the token reaching an all-time high of $0.08 in February, though it has since fallen to $0.06.

However, Snoop is seemingly bullish on Bitcoin (BTC) as well. He told Vanity Fair he didn’t see the coin as a fad likely to pass once the pandemic is over.

“I believe in [Bitcoin],” said Snoop. “I believe in the technology and I believe in the global connection it creates. I’m not too caught up in the value of the coin, because I’ve been around long enough to see things go up and go down, and I know it’s here to stay.”