XRP price’s journey to $1 this year has been nothing short of spectacular, considering the ongoing Securities and Exchange Commission lawsuit against Ripple initiated in December 2020. The regulator alleges that XRP was a $1.3 billion unregistered securities offering, and both CEO Brad Garlinghouse and co-founder Christian Larsen are also in the crosshairs.

On Tuesday, Ripple Labs was granted access to the SEC’s documents “expressing the agency’s interpretation or views” on the subject of crypto assets. 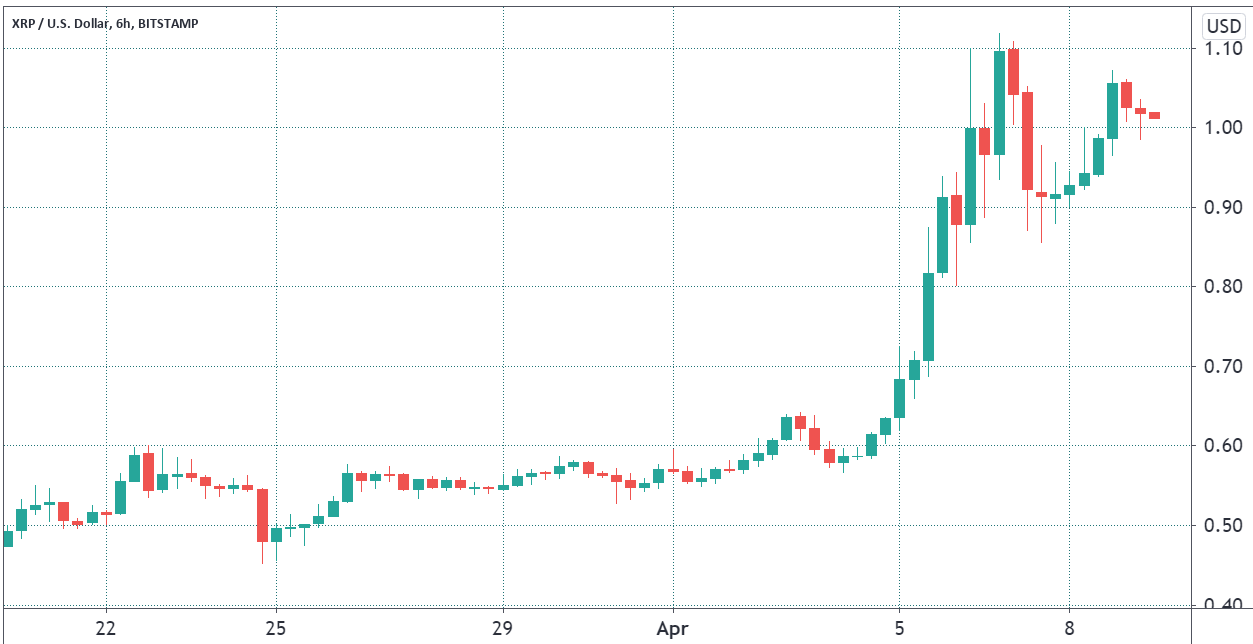 Such news coincided with an explosive 75% rally in 30 hours, causing XRP to cross the $1 mark for the first time since March 2018.

It is worth noting that coincidently, on Monday, XRP posted a 10% gain following Ripple’s announcement of a 40% stake acquisition in Tranglo, an Asian fiat money remittance company.

Whatever the rationale behind such an impressive move, investors’ interest in XRP futures trading skyrocketed as open interest reached $1.2 billion, a new all-time high. 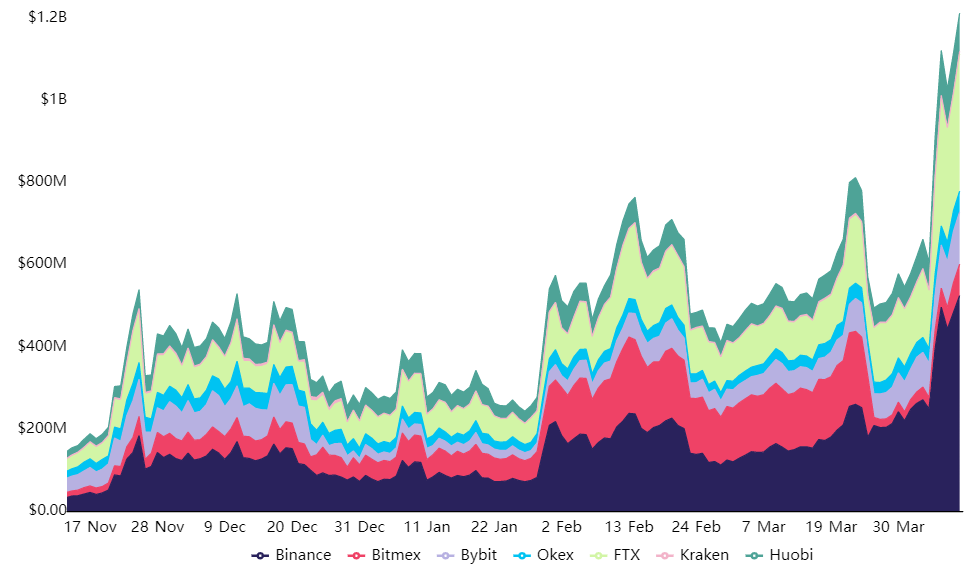 The 119% open interest increase in 30 days caused XRP to retake the third position, which had been lost to Polkadot’s DOT, Litecoin (LTC) and Cardano’s ADA over the past couple of months. As a comparison, Ether (ETH) futures open interest stood at $3.3 billion just three months ago.

Even though futures buyers and sellers are evenly matched at all times, a healthy derivatives market allows larger players to participate. Once an asset gets enough hedging and arbitrage activity, its volume on spot exchanges tends to grow, and the cycle perpetuates. 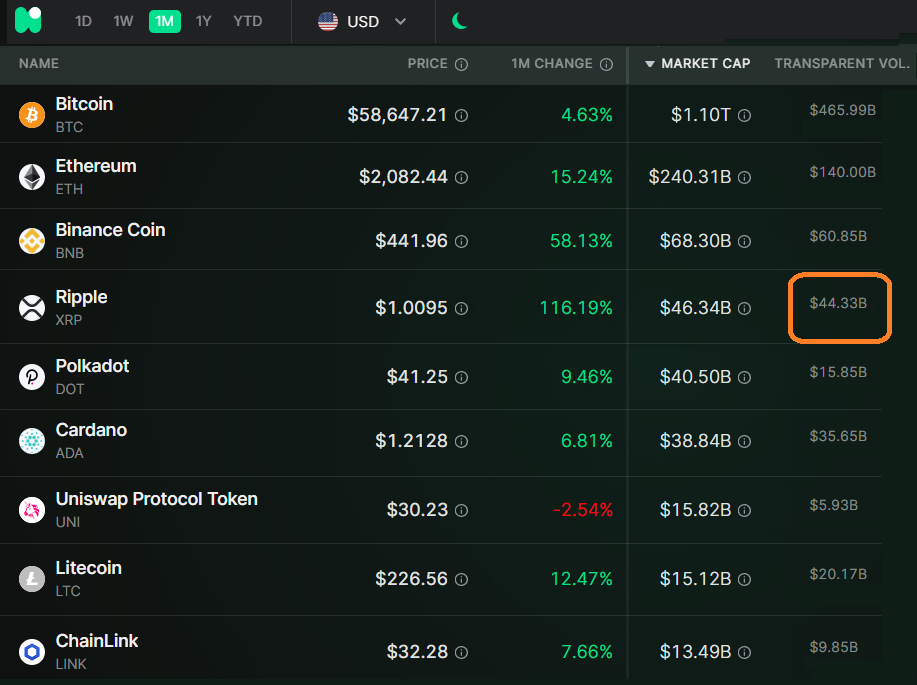 As depicted above, XRP spot volume over the past 30 days amounts to $44.3 billion, some 31% of Ether’s. Regardless of the price move, as long as the token continues to attract investors’ attention, a healthy derivatives market creates a self-fulfilling growth path.

On the other hand, price pumps unaccompanied by spot volume growth raise the risk of large sell-offs and shun arbitrage traders.

Meanwhile, VORTECS™ data from Cointelegraph Markets Pro began to detect a bullish outlook for XRP on April 5 while the token price seemingly stagnated at $0.72.

The VORTECS™ Score, exclusive to Cointelegraph, is an algorithmic comparison of historical and current market conditions derived from a combination of data points, including market sentiment, trading volume, recent price movements and Twitter activity. 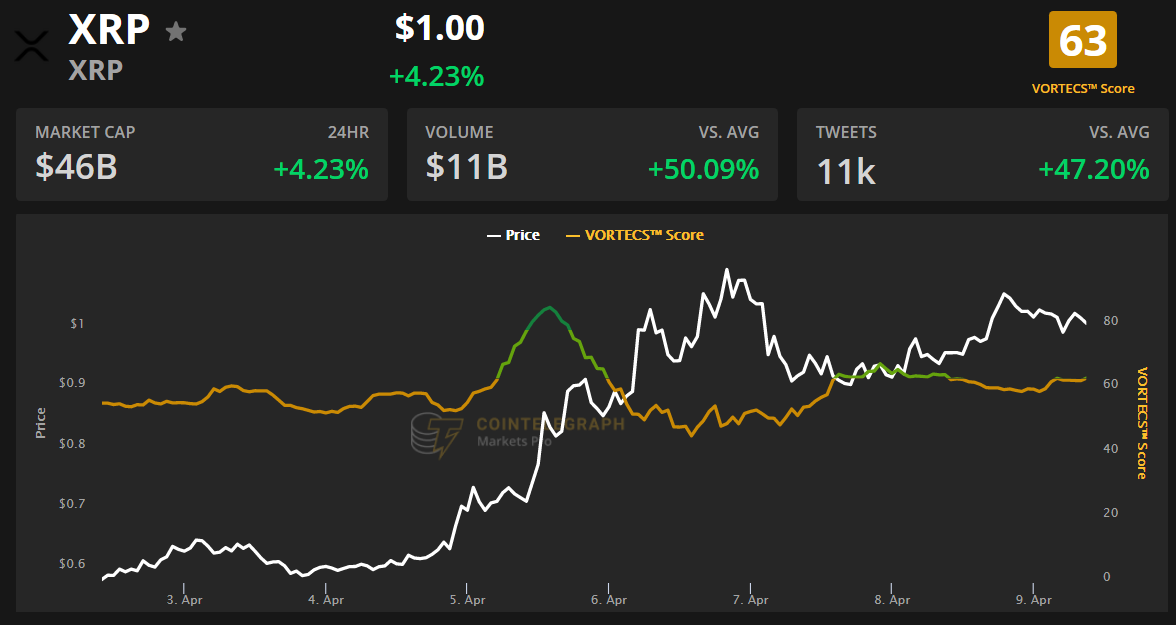 As seen in the chart above, the VORTECS™ Score for XRP flipped green on April 5 and continued to flash a positive indicator as the price rallied to a $1.10 high on April 6, resulting in a 53% gain in 36 hours.

While the indicator currently remains neutral, XRP price could further continue its rally if more positive news regarding the SEC lawsuit emerges.