Pandemic Lockdowns Did Cut Air Pollution—but With a Catch 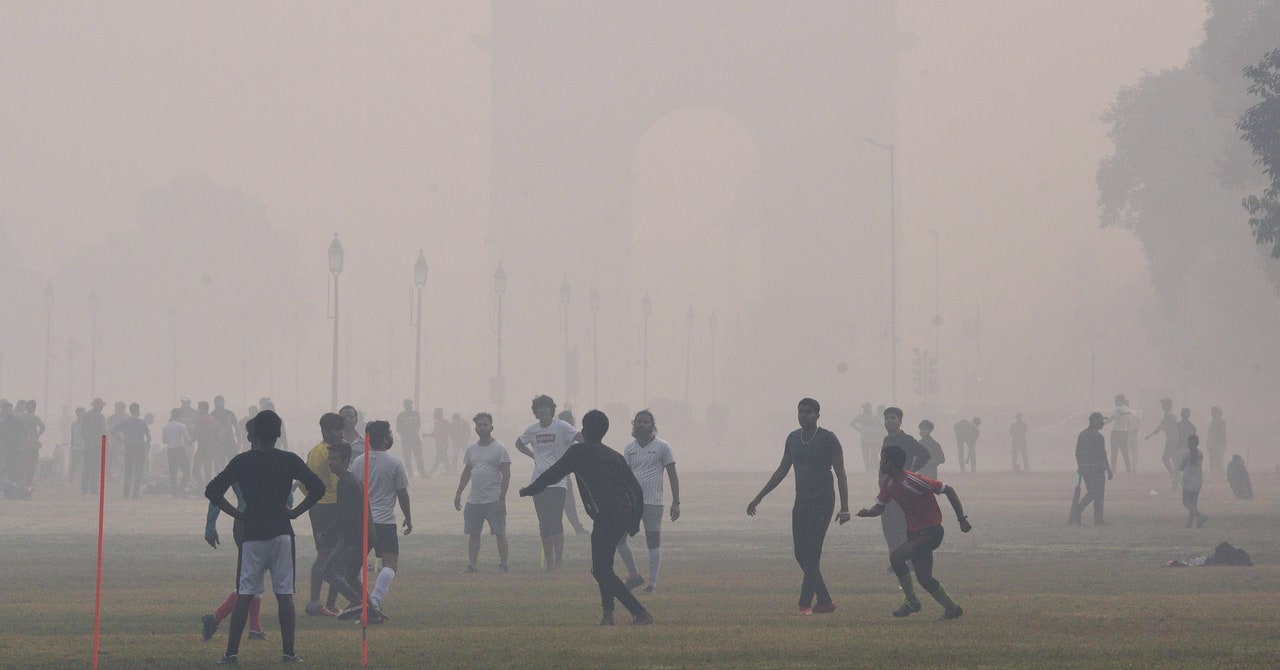 Last April, as people around the world sheltered in place against the Covid-19 pandemic, The Indian Express newspaper published a photo that had gone viral on Twitter, showing a slightly hazy deep blue sky over Uttar Pradesh, the most populous state in northern India. Above a garden trellis, the angular, white peaks of the Himalayan mountains were visible on the horizon like stiff whipped meringue. Pawan Gupta, a senior scientist with the Universities Space Research Association at NASA Marshall Space Flight Center, says that friends and family in India told him the peaks had not been that visible for decades. The reason why is simple: Before the pandemic lockdowns, the air was filled with smog.

Gupta studies air pollution in India, and like many other scientists, he’s been studying how the lockdowns have decreased emissions above urban areas. “This is a natural experiment for a lot of us,” Gupta says. A natural experiment that proved one thing above all—air quality can improve, and rather quickly too.

In a study published this March in Sustainable Cities and Society, Gupta and his colleagues focused on three months—March to May 2020—when travel, construction, and industry outside of medical facilities was restricted. They compared air pollution metrics over six metropolises—Bengaluru, Chennai, Delhi, Kolkata, Mumbai, and Pune—to the same period during three previous years. Using satellite imaging, they found a 42 to 60 percent reduction in particulate matter and a 46 to 61 percent decrease in nitrogen dioxide (NO2), a potentially toxic air pollutant.

Particulate matter, the scientific term for soot, includes soil, dust, smoke, and allergens. Very tiny particles can make their way into people’s lungs and bloodstreams, making bronchitis worse, causing heart attacks, and even quickening death. NO2 is produced by fossil fuel combustion, and it can worsen asthma and increase the possibility of respiratory infections.

Gupta’s colleague Christoph Keller, a senior scientist at the same research association within NASA, has been keeping an eye on urban air pollution as well. For Keller’s own study, published in Atmospheric Chemistry and Physics this March, he created a computer model baseline for what global NO2 emissions would have been in 2020 without any lockdowns. Then he used surface measurements to track actual emissions in cities across the globe, including Melbourne, Taipei, and Rio de Janeiro. His results showed a worldwide NO2 drop of nearly 20 percent, and 50 of the 61 analyzed cities showed reductions between 20 and 50 percent. Notably, Wuhan, China, showed a 60 percent reduction; for New York City, it was 45 percent.

“One of the lessons we can learn from the pandemic is that there is still a big potential to lower NO2 concentrations,” says Keller. “What we clearly see in urban environments is there’s still a lot of NO2 that is man-made that we can really reduce by quite a bit.”

Other recent studies have echoed the same results. Marco Carnevale Miino, a doctoral candidate in engineering at the University of Pavia in Italy, 22examined NO2 concentrations in three European cities. He found that it was down 80.8 percent in London, 79.8 percent in Paris, and 42.4 percent in Milan between last March and May, correlating with the traffic dropoff caused by travel restrictions. In Santiago, Chile, researchers studied urban air pollution during those same three months and compared them to the same period during the previous three years. They also found that average concentrations of particulate matter and NO2 decreased. 22In Portugal, researchers found that NO2 fell by 41 percent and particulate matter by 18 percent during the March-to-May period compared to the past five years. Researchers in the United Kingdom studied NO2 data from January to June, 2020, and again found that the concentrations declined anywhere from 32 to 50 percent during lockdown and gradually increased upon the return of road traffic.