Since ride-hailing companies like Uber and Bolt disrupted the transportation industry, one of the thorns on their sides has been traffic congestion and pollution. Research has shown that trips from ride-hailing cars have more emissions than those from personal cars.

To reduce their carbon footprint and solve the latter problem, both companies have floated the idea of ridesharing and other transportation models, like bike and scooter-sharing services. They also have toyed with integrating public transportation scheduling and providing drivers with incentives to switch to electric cars. However, these models have found little or no success.

So in 2018, Lyft decided to go a step further by promising to attain carbon neutrality. According to The Atlantic, the company planned to execute this by purchasing carbon credits from 3Degrees, a sustainability company based in San Francisco.

In 2019, Lyft said it had eliminated the amount of carbon that would take 2.4 million acres of trees to remove in a single year. It achieved this by purchasing 2,062,500 metric tons of carbon offsets, but the company reverted to its old ways in 2020.

But while the program made Lyft rides carbon neutral, it was an expensive process. The company claimed that net emissions from its rides would still increase in the long run. So Lyft promised to offer rides only in electric vehicles by 2030. This is the same with most car companies worldwide, each promising to attain carbon neutrality via electric cars in the future.

However, Planet, a car company based in South Africa wants to achieve carbon neutrality now, not later. But Planet42 isn’t a ride-hailing company. It offers a car subscription product that buys second-hand cars from dealerships and rents to customers via a subscription model.

Founded by Marten Orgna and Eerik Oja, Planet42 targets individuals in emerging markets but has a presence only in Africa. The company has bought nearly 3,000 cars in South Africa and plans to increase this number to 100,000 in the next few years — and 1 million cars globally by 2025.

So despite not being a ride-hailing company and having a huge positive social impact because it gives cars to people who otherwise would not have them, there is a limited negative environmental impact Planet42 has due to the emissions produced by its cars.

While most car companies seem lethargic toward becoming carbon neutral, Planet42, studying how it indirectly contributes to emissions, decided to act last year. 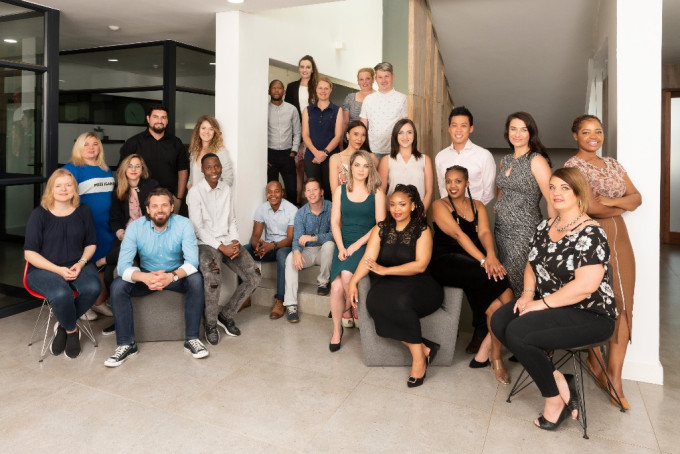 Because there are hardly any electric vehicles in Africa for mass consumption and planting trees can be costly, how has the company gone about it?

Before helping Lyft embark on its tree-planting project, 3Degrees engaged in a couple of wind farms and captured greenhouse gases from landfill projects. Planet42 chose to neutralize its carbon emission through the former; however, it works with local companies in South Africa to reach this.

Its first project is a wind farm in Northern Cape, South Africa; with the money from carbon offset credits, Planet42 has been able to finance the farm for months. The power produced from wind turbines offsets other, more harmful energy production methods like burning coal and supporting a low carbon global economy.

“We are offsetting this negative impact by investing into carbon offset projects in the markets we operate in. To put it another way, the investments we make into carbon neutrality represent a self-imposed tax. We are leading by example and hope that companies in Africa and beyond will follow us.”

When the company, which has raised $20 million in debt and equity, first launched, attaining carbon neutrality wasn’t even an afterthought. But now, not only is it certified as a carbon-neutral company by Natural Capital Partners, its investors feel enthused about the project.

Oja says what’s next for the company will be to achieve carbon neutrality via electric cars ultimately. However, that might be a reach. The adoption of electric vehicles in Africa faces additional problems different from what the U.S., Europe and even other emerging markets face. Top of mind is the dire power situation where unreliable power supply is provided at high electricity prices. Then there is a general lack of tax incentives, subsidies and policies, and the sole fact that they are too expensive for the average African car owner.

For instance, there are more than a million electric vehicles on U.S. roads and over 317,000 on U.K. roads. In South Africa — Planet42’s main market and Africa’s top electric car market, this number is just about 1,000. So, until electric cars become mainstream, wind farms will remain vital to the company’s carbon-neutral efforts.

“Ideally, what we could be doing is for our cars to be electric, and that’s what we’re planning for the future. When we do that, there wouldn’t be any need for offsets on a day to day side but we’re not there right now. Everyone understands that ultimately electric cars will be ideal; however, that future is not now and we need to act right now,” the CEO said.