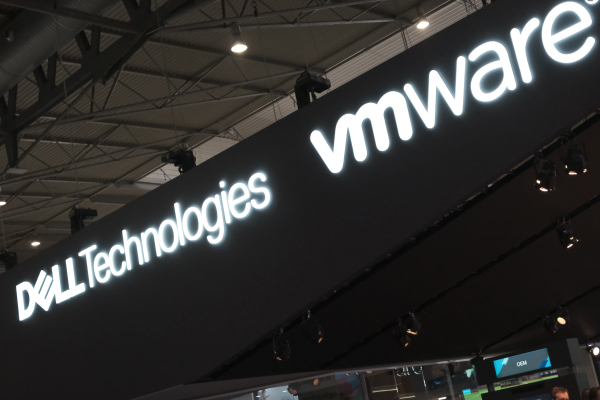 Dell announced this afternoon that it’s spinning out VMware , a move that has been suspected for some time . Dell, acquired VMware within the massive $58 billion EMC acquisition (announced as $67 billion) in 2015.

The way that the deal works is that Dell plans to offer VMware shareholders a special dividend of between $11. 5 and 12 billion. As Dell owns approximately 81% of the shares that would work out to somewhere between $9. 3 and $9. 7 billion entering Dell’s coffers when the deal closes later this year.

“By spinning off VMware, we expect to drive additional growth opportunities for Dell Technologies as well as VMware, and unlock significant value for stakeholders. Both businesses will remain important partners, with a differentiated advantage in how we bring solutions to clients, ” Dell CEO Michael Dell said in a statement.

While there is a fair amount of CEO speak in that statement, it appears to mean that the move is mostly administrative as the companies will continue to work closely together, even after the spin off is official. Dell will continue to be as chairman of both companies.

In a presentation to investors , the companies indicated that the plan to work together is a lot more than lip service. There is a five year deal commercial agreement in place with plans to revisit that deal each year thereafter. In addition , there is a want to sell VMware products through Dell sales team and for VMware to continue to work with Dell Financial Services. Finally, there’s a formalized governance process set up related to achieving the commercial goals under the agreement, so it’s pretty firm that these companies will continue to work closely together at the very least for another five years.

For its part, VMware said in a separate release that the deal will allow it “increased freedom to execute its strategy, a simplified capital structure and governance model and additional strategic, operational and financial flexibility, while maintaining the strength of the two companies’ strategic partnership. ”

Dell shares are up more than 8% following the announcement. The company intends on using parts of its proceeds to deleverage, writing in a release that it will use “net proceeds to pay down debt, positioning the company well for Investment Grade ratings. ” By that it means that Dell will reduce its net debt position and, it hopes, garner a stronger credit rating that will limit its future borrowing costs.

Even when it had been part of EMC, VMware had a special status in that it operates as a separate entity with its own executive team, board of directors and the stock has been sold separately as well.

The deal is expected to close at the end of this year, but it has to clear a number of regulatory hurdles first. Which includes garnering a favorable ruling from the IRS that the deal qualifies for a tax-free spin-off, which could prove to be a substantial hurdle for a deal like this.

The transaction is not a surprise. The company has been open about its intention to shake up its larger corporate structure. And with Dell bloated in debt terms in addition to the, perhaps, in product capacity as well, the VMware choice could be an intelligent way front. Dell investors are more excited about the transaction than VMware shareholders, with the latter company’s stock up a more modest – 4%.

VMware’s most recent earnings release notes that it had $4. 715 billion dollars in “total cash, salary equivalents and short-term investment strategies. ” Perhaps its investors aren’t enthused at the when of levering VMware’s balance sheet to help Dell do the contrary.