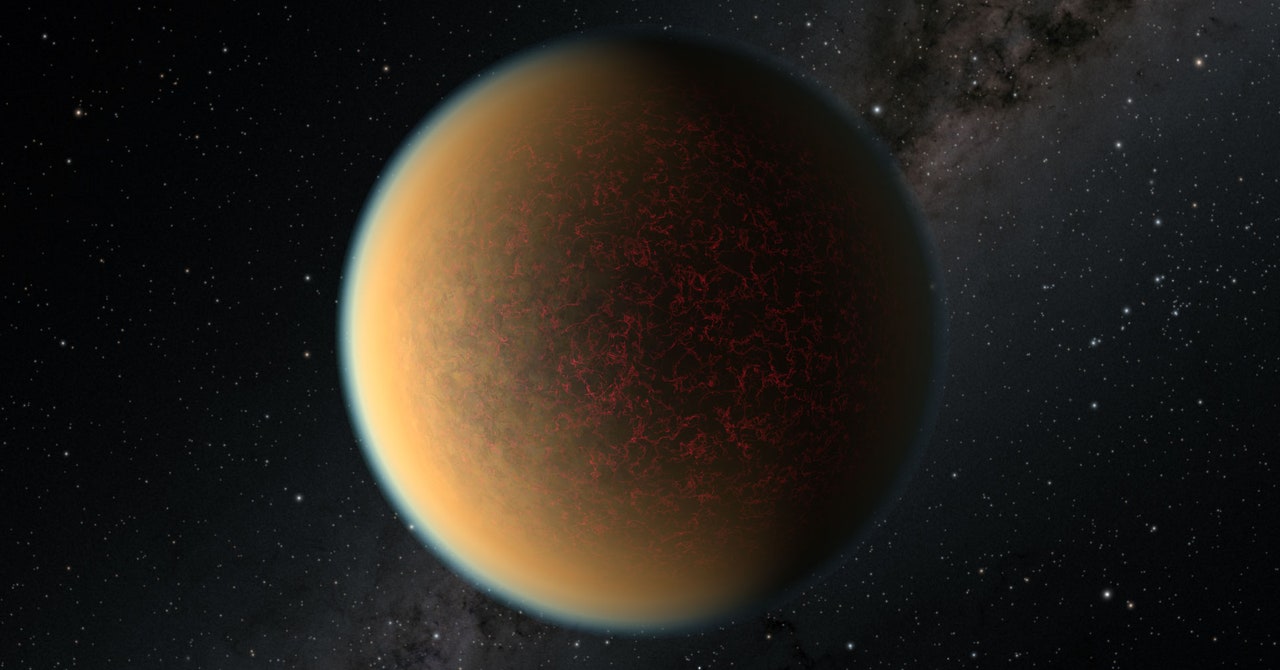 Laura Kreidberg, who directs research on exoplanet atmospheres at the Max Planck Institute, would like to see an independent analysis of the data before jumping to conclusions. “There are a lot of little decisions in the data processing that can produce unexpected bumps and wiggles,” says Kreidberg. “I’d like to see the spectrum reproduced by another team using independent methods to see if they get the same thing.”

In fact, that process is already underway. Last week, another research team led by Lorenzo Mugnai, an astrophysicist at the Sapienza University of Rome, released a separate paper that independently analyzes the same Hubble data on GJ 1132 b. But when Mugnai’s team crunched the data, they found that the planet’s spectrum to be relatively flat—in other words, it had no detectable atmosphere. “It’s very hard to be sure of the cause of the differences, because it’s a very difficult analysis,” Mugnai says. “We know the devil is in the details.”

The two teams are having regular meetings to figure out what led to such a dramatic discrepancy in their results, but Mugnai and Swain both think the problem could lie in how they account for the variation in sunlight as the planet moves in front of its star, a parameter known as limb darkening. “A star is not uniform in brightness from the center to the edge,” Swain says. “When the planet is close to one edge or another, it appears to block less light, because part of the star it’s covering up is dimmer on average than the rest of the star.”

To correct for this effect, researchers need to process their data with a model that can take into account the dimming and brightening of the star. Both teams used the same model, but with different coefficients. They’re now planning on swapping methods to see if they can replicate the results of the other team.

Even so, Darius Modirrousta-Galian, the coauthor of Mugnai’s paper, thinks it’s highly unlikely that GJ 1132 b has been able to retain enough hydrogen to produce a second atmosphere because it’s so close to its host star. Exoplanet researchers are still uncertain of how influential stellar radiation can be in the formation of atmospheres. “The approach we take is that actually stellar irradiation is so strong, and it causes winds on the planet to have supersonic velocities and extreme particle velocities, that the atmosphere basically boils off,” he says.

Modirrousta-Galian says the amount of hydrogen in the primordial envelope that would be required to overcome this loss and to make a second atmosphere would be several times the mass of the planet. “We have no problem within our model that the planet could have been born with a hydrogen atmosphere,” he says. “The conclusion we arrived at is that we just don’t have one now.”

Still, more research—and ideally new observations by the James Webb Space Telescope, set to launch on October 31—is needed to verify, or further complicate, either of the teams’ results. If GJ 1132 b does prove to have a hydrogen atmosphere, it could open up new avenues of exploration for planetary scientists. For one thing, these atmospheres would be much easier to analyze than those of small planets with denser envelopes made of heavier elements. Hydrogen’s low molecular weight contributes to a broader, puffier atmosphere for light to shine through. And that makes for a stronger spectrographic signature that’s easier to read from Earth.

Both teams are pushing the limits of what’s possible with the Hubble Space Telescope, which was launched in the year 2000, two years before astronomers discovered the first known exoplanet. At 1.16 times the size of Earth, GJ 1132 b is the smallest planet that has ever had a published transmission spectrum, Swain notes. “I think the exciting thing here is gaining a better understanding of what details really matter to the study of small planets,” he says.