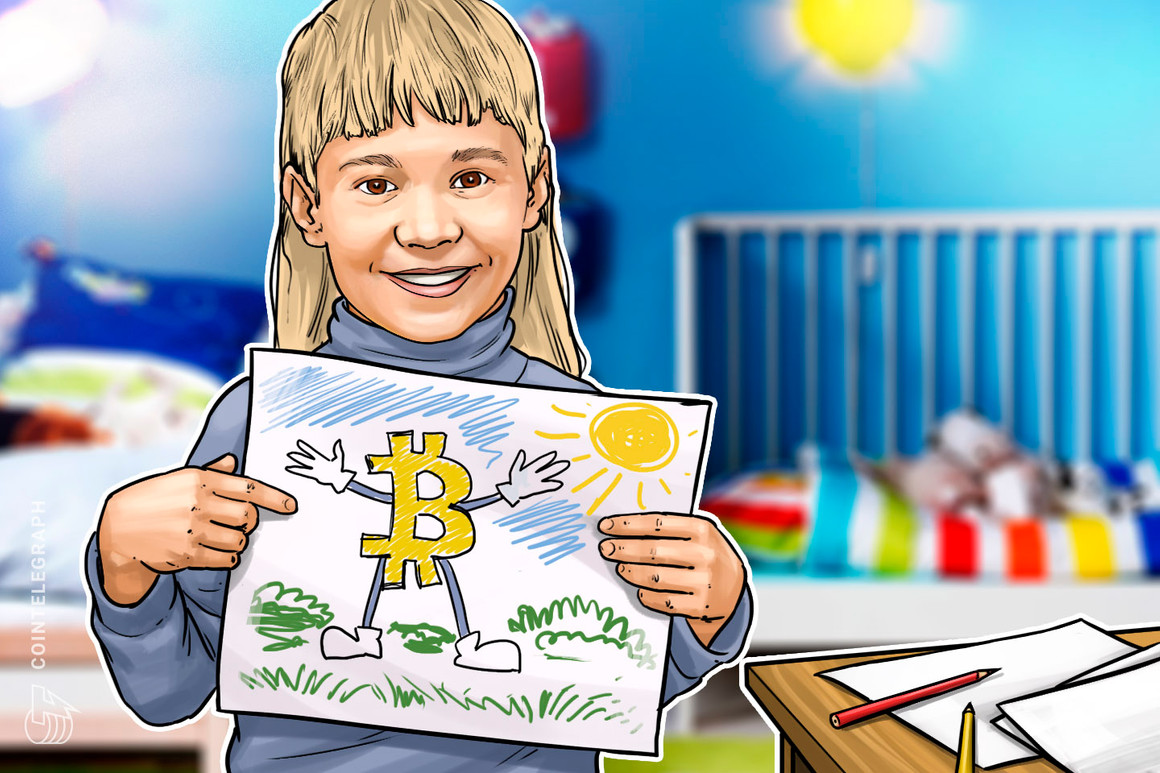 In the interview, Lily noted that Saylor’s accumulation of more than $2 billion worth of Bitcoin since August 2020 had been a “ballsy move.”

The toddler and unconfirmed “hodler” became something of a vial sensation in the crypto space in mid February after she (aided by her parents) published a video explaining Bitcoin’s dynamics using Skittles candy.

The video caught the attention of Saylor and fellow crypto billionaire Tyler Winklevoss and both retweeted the video. Winklevoss added that “Lily, a 3-year-old, understands Bitcoin better than most central bankers.”

Lily’s father noted in a Reddit thread that the “ridiculous idea” to interview Saylor had come after he reached out to thank the corporate world’s biggest Bitcoin cheerleader for retweeting the video. Saylor was responsive to the idea. Her father revealed that the video required a lot of editing, as he had to “plead and bribe” Lily to sit still, as they pre-recorded the questions for the MicroStrategy founder to answer later:

“We recorded her side of the interview and then zoomed with him and played her questions, pausing after each one for him to answer. I wish we could do it live, but she’s so unpredictable at this age .. she just might break out into a Frozen song or something lol Maybe when she’s a little older.”

I don’t normally get nervous speaking about #Bitcoin, but it is almost impossible to get an invite to appear on the @LilyKnightShow. https://t.co/FVL9lWTTce

The first question Lily asked was: “When did you first buy Bitcoin? What convinced you to buy?”. Saylor said that he’d been searching for new treasury strategies to preserve shareholder value in March 2020, due to a “gnawing suspicion that the money was broken”. Saylor added that:

“I went on a mad quest to find a solution. And I was delighted to discover Bitcoin, a store of value over long periods of time. So once I discovered Bitcoin and understood all of its characteristics as a digital monitoring network, I started buying it and I haven’t stopped.”

The young “crypto educator” said that, “A lot of people are confused by Bitcoin” and asked Saylor “What do you think is the biggest misconception?”. The billionaire said people often characterize Bitcoin as purely an investment idea or speculative asset, however, he describes it as the “world’s first monitoring network”:

“Bitcoin is the world’s first digital monitoring network, and it’s a technology. And when you start thinking of it as a better technology for money, then you realize that it’s not just a trade. It’s actually a way to think about the world.”

This may have gone over Lily’s head.

She finished up by asking: “What’s next for you?” with Saylor responding that that he’s looking forward to doing everything he can to spread Bitcoin to billions of people and also to educate the world on the benefits of Bitcoin”

“And when I get some free time, I’m going to buy myself some more Bitcoin,” he added.