The price of Bitcoin (BTC) declined below $60,000 on April 17 after a strong rally throughout the past week in anticipation of the Coinbase public listing on Nasdaq.

However, after the COIN listing, which is the ticker of the Coinbase stock, the cryptocurrency market started to correct. 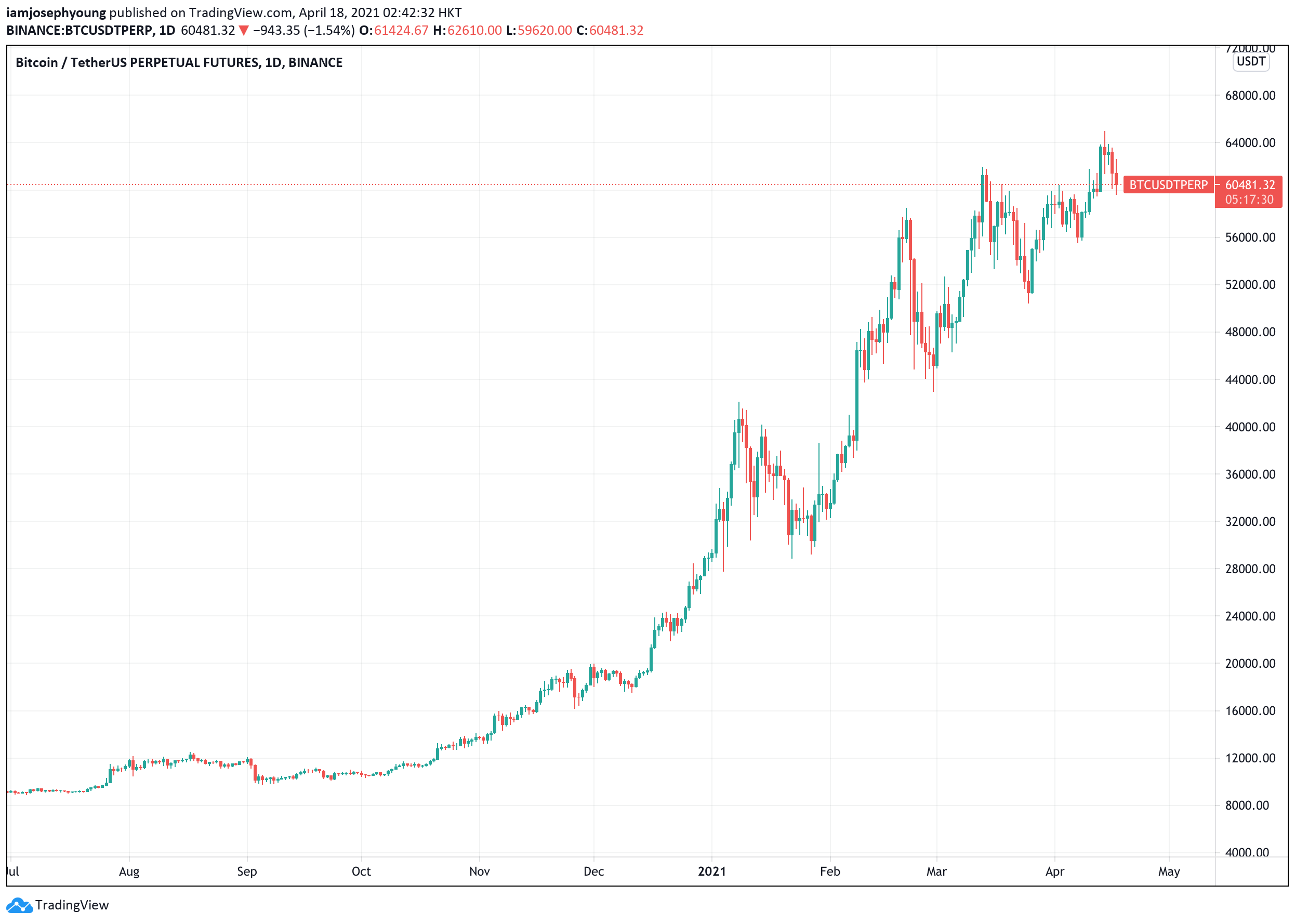 As a result, the cryptocurrency market rallied leading up to the listing with BTC price hitting new all-time highs above $64,00. However, it was almost expected to see Bitcoin and Ether (ETH) drop after the fact, considering the tendency of cryptocurrencies to sell off after a major event.

Another major factor that contributed to the drop in price was the relatively high funding rates for longing Bitcoin. This, alongside strong technical resistance at $64,000-$65,000 were the likely reasons that BTC tested $60,000 support after the hype around Coinase’s listing began to fade.

Meanwhile, the $60,000 level is an important price point for Bitcoin because it took roughly a month for BTC to break out above it.

Hence, it is important for Bitcoin to hold the $60,000 area to maintain the bullish market structure heading into next week.

Traders predict what would likely come next

At the same time, cryptocurrency traders are mixed regarding where Bitcoin will go with its new weekly candle.

For instance, Cantering Clark, a popular cryptocurrency derivatives trader, said that the market isn’t necessarily bullish nor bearish, based on options data.

Instead, Clark noted that the options market trend shows that Bitcoin would likely see sideways actions, which would mean consolidation at around $60,000. He wrote:

“50k and 80k strikes highest contract/notional for $BTC I think these writers will be happy and I am still in the same opinion that the end of April – May begins the shift that makes Bitcoin a less favorable long. No breakout, just range and rotation.”

In the long term, traders are still optimistic about Bitcoin. A pseudonymous trader known as “Crypto Capo” noted that based on historical trends, Bitcoin has broken out of a range that goes back 1,000 days.

“Now some $BTC technical analysis. Bitcoin has broken out of an accumulation range of over 1000 days. This usually results in long extensions. Currently, the increase over the previous ATH is only 200%.”