“When I saw this paper, I just said, ‘Holy shit, this is really interesting,’” says Jeffrey White, a professor emeritus at the O’Neill School of Public and Environmental Affairs at Indiana University. White, who was not involved in the study, has studied methane cycling for over 30 years, and says it elegantly addressed a hunch that researchers have had—but haven’t been able to nail down—that methanotroph activity occurs in tree bark. He calls the work “profoundly important.”

Methanotrophs are everywhere and have been for as long as atmospheric oxygen has existed on Earth, so White is confident this isn’t an isolated case: He’s noticed similar behavior in Minnesota birch trees.

Wetlands contribute more methane to the atmosphere than any other natural source. But without methanotrophs, they’d release an estimated 50 to 90 percent more. These microbes turn methane into carbon dioxide similar to the way combustion does. The process is, almost literally, a slow burn. But it prevents a majority of wetland methane from reaching the sky, making soil a source and a sink. Far less is known about the methane feasts taking place inside trees.

Jeffrey wanted more clarity. A few years ago, his attention turned to the paperbarks. “It’s such a unique tree with amazing layers of bark,” Jeffrey says. These layers are moist, dark, and known to contain methane. (Jeffrey sometimes refers to it as “treethane.”) “We just thought it could be an ideal spot for methanotrophs,” he continues. So he set out to prove that the gas-eating microbes were hiding there. Jeffrey designed a series of experiments that would cater to their appetites. First, he sliced bark from trees in three wetland sites and sealed those strips inside glass bottles containing methane. Then, he waited. Over a week, he measured as the methane levels in the bottles dropped. In some samples, more than half of it vanished. In control bottles that contained either sterilized bark or nothing at all, methane levels remained paper-flat. 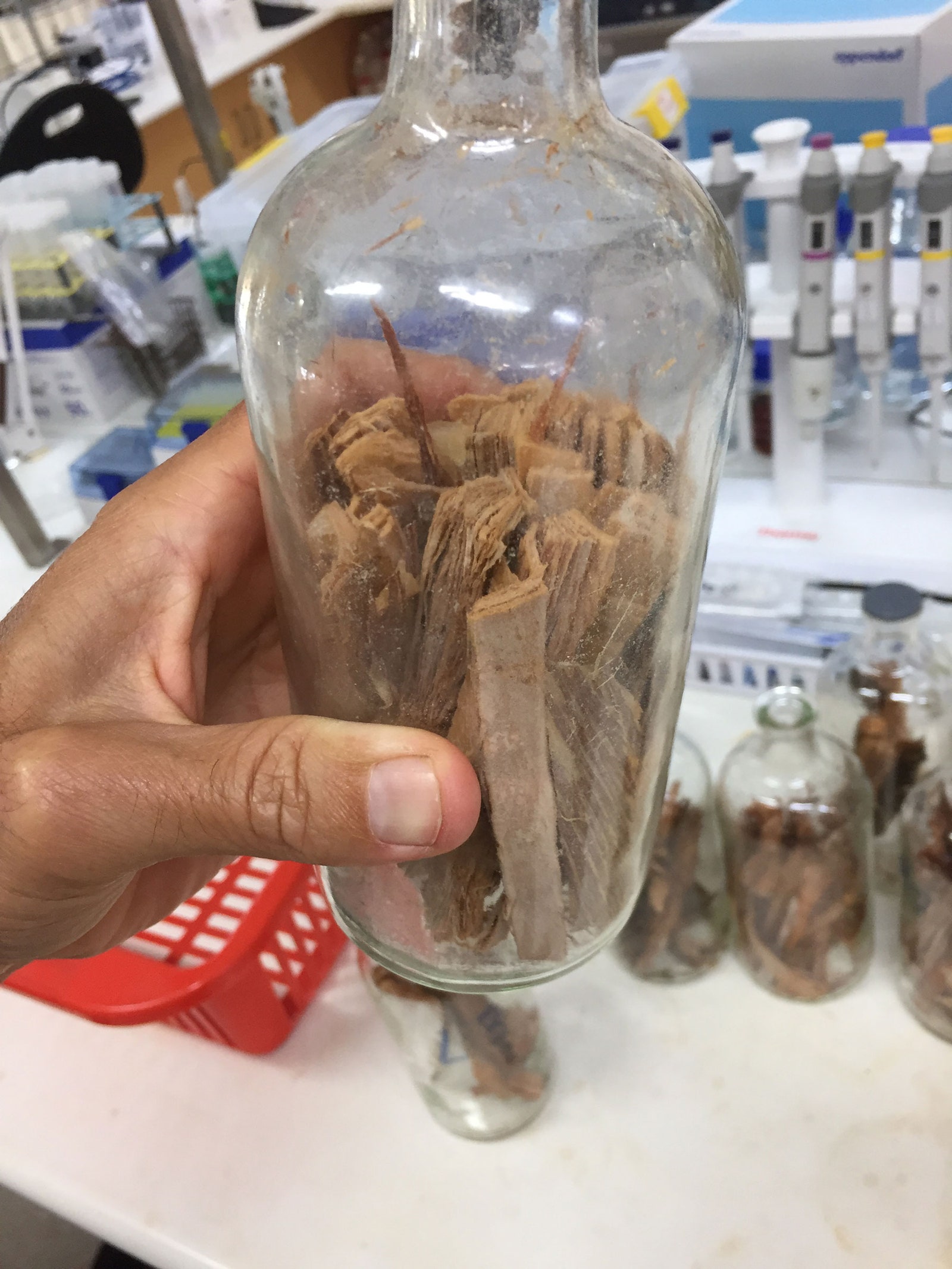 Jeffrey’s team also knew that methanotrophs have picky palates. Methane’s one carbon atom can exist as either of two stable isotopes: the classic carbon-12 or the heavier carbon-13 that lugs around an extra neutron. Carbon-13’s bonds are harder to break, so methanotrophs would rather snack on the lighter isotope. Jeffrey’s team found that the relative levels of carbon-13-methane in the bottles increased with time. Something in the bark was alive and selectively eating, like a kid leaving the yellow Starbursts in the bag after picking out the pinks.

Encouraged by these traces of activity, they sent bark across town to the microbiologists at Monash University, who ran a microbial analysis of all of the species that were living in the bark. The verdict: Paperbark samples contained a bustling unique population of bacteria not found in the surrounding soil or swamp, most of which fall into the methane-hungry genus Methylomonas.

But all of those results arose in a lab, and Jeffrey’s team needed to see how real, live trees behave, specifically how fast they leak methane. They waded through a wetland forest in New South Wales, gently attached sealed chambers and spectrometers to the sides of paperbarks, and measured how much the trees emitted per second.

Then Jeffrey injected a gas called difluoromethane into the chamber. Difluoromethane is a sneaky treat for methanotrophs—it temporarily inhibits their appetite. “It actually stops them consuming methane,” Jeffrey says. After letting the gas diffuse in for an hour, Jeffrey flushed it and reexamined the emissions. Because the microbes stopped eating, methane levels jumped. On average, the team calculated, microbes had been removing 36 percent of the methane that would otherwise seep into the atmosphere.