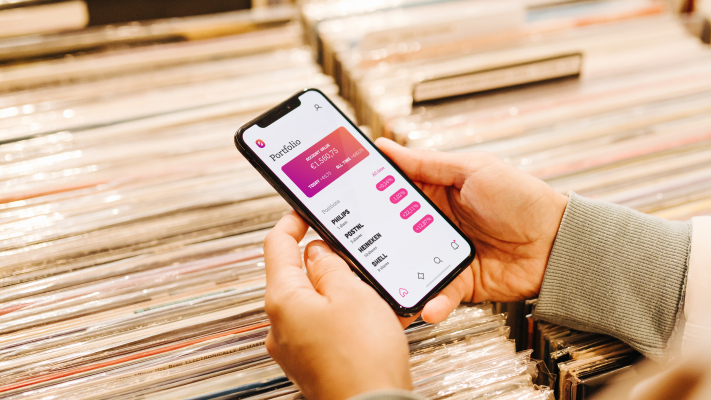 A new wave of apps have democratized the concept of investing, bringing the concept of trading stocks and currencies to a wider pool of users who can use these platforms to make incremental, or much larger, bets in the hopes of growing their money at a time when interest rates are low. In the latest development, Bux — a startup form Amsterdam that lets people invest in shares and exchange-traded funds (ETFs) without paying commissions (its pricing is based on flat €1 fees for certain services, no fees for others) — has picked up some investment of its own, a $80 million round that it.

Alongside this, the company is announcing a new CEO. Founder Nick Bortot is stepping away and Yorick Naeff, an early employee of the company who had been the COO, is taking over. Bortot will remain a shareholder and involved with the company, which will be using to expand its geographical footprint and expand its tech platform and services to users, said Naeff in an interview.

“Since we started, Bux has been trying to make investments affordable and intuitive, and that will still be the case,” he said. The average age of a Bux customer is 30, so while affordable and intuitive are definitely priorities to capture younger users, it also means that if Bux can earn their loyalty and show positive returns, they have the potential to keep them for a long time to come.

The funding is coming from an interesting group of investors. Jointly led by Prosus Ventures and Tencent (in which Prosus, the tech division of Naspers, is a major investor), it also included ABN Amro Ventures, Citius, Optiver, and Endeit Capital — all new investors — as well as previous backers HV Capital and Velocity Capital Fintech Ventures.

Naeff said in an interview that Bux isn’t disclosing its valuation with this round. But for some context, he confirmed that the startup has around 500,000 customers across the Netherlands, Germany, Austria, France and Belgium, using not just its main Bux Zero app, but also Bux Crypto and Bux X (a contracts for difference (CFDs) app).

Crypto remains a niche but extremely active part of the wider investment market and Naeff described Bux Crypo — formed out of Bux acquiring Blockport last year — as “very profitable.” The company had only raised about $35 million before this round, and it’s been around since 2014, so while he wouldn’t comment on wider profitability, you can draw some conclusions from that.

For some further valuation context, another big player in trading in Europe, eToro, in March announced it was going public by way of a SPAC valuing it at $10 billion. (Note: eToro is significantly bigger, adding 5 million users last year alone.)

Others in the wider competitive landscape include Robinhood out of the US, which had plans but appeared to have stalled in its entry into Europe; Trade Republic out of Germany, which raised $67 million a year ago from the likes of Accel and Founders Fund; and Revolut, which has been running a trading app for some time.

The opportunity that Bux is targeting is a very simple one: technology, and specifically innovations in banking and apps, have opened the door to making it significantly easier for the average consumer to engage in a new set of financial services.

At the same time, some of the more traditional ways of “growing” one’s capital, by way of buying and selling property or opening savings accounts, are not as strong these days as they were in the past, with the housing market being too expensive to enter for younger people, and interest rates very low, leading those consumers to considering other options open to them. Social media is also playing a major role here, opening up conversations around investing that have been traditionally run between professionals in the industry.

“We’re looking for industries that solve big societal needs and fintech continues to be one of them,” said Sandeep Bakshi, who heads up investments for Prosus in Europe, in an interview. “Interest rates being what they are, there are no opportunities for individuals to save and that represents a massive opportunity, and we’re happy to partner and be a part of the journey.”

Although there is a wave of so-called neo-brokers in the market today, Bux’s unique selling point, Naeff said, is the company’s tech stack.

In comparison to others providing trading apps, he said Bux is the first and only one of them to have built a full-stack system of its own.

“It’s not on top of existing broker, which makes it a nimble and modular,” he said. “This is especially critical because fintech is a game of scale, but every market is completely different when you consider tax, payment systems and the ID documents that one needs in order to fill KYC requirements.”

“Our system is here to scale across Europe,” he said. “The fact that we are live in five countries, and the only neo-broker doing that, shows that this modular system is working.”

Indeed, the scaling opportunity is one of the reasons why China’s tech giant Tencent, owner of WeChat and a vast gaming empire, has come on board.

“We are excited about backing BUX as they are the leading neo-broker in Europe and have been able to build a platform that is sustainable and scalable. BUX is the only neo-broker in Europe that offers zero commission investing without being dependent on kickbacks or payments for order flow. This ensures that its interests are fully aligned with its customers. We will support BUX in its journey of pursuing consistent growth for the years to come”, said Alex Leung, Assistant GM at Tencent, Strategic Development, in a statement.