I’ve been playing around with Apple’s new AirTag location devices for a few hours now and they seem to work pretty much as advertised. The setup flow is simple and clean, taking clear inspiration from the one Apple developed for AirPods. The precision finding feature enabled by the U1 chip works as a solid example of utility-driven augmented reality, popping up a virtual arrow and other visual identifiers on the screen to make finding a tag quicker.

The basic way that AirTags work, if you’re not familiar, is that they use Bluetooth beaconing technology to announce their presence to any nearby devices running iOS 14.5 and above. These quiet pings are encrypted and invisible (usually) to any passer by, especially if they are with their owners. This means that no one ever knows what device actually ‘located’ your AirTag, not even Apple. 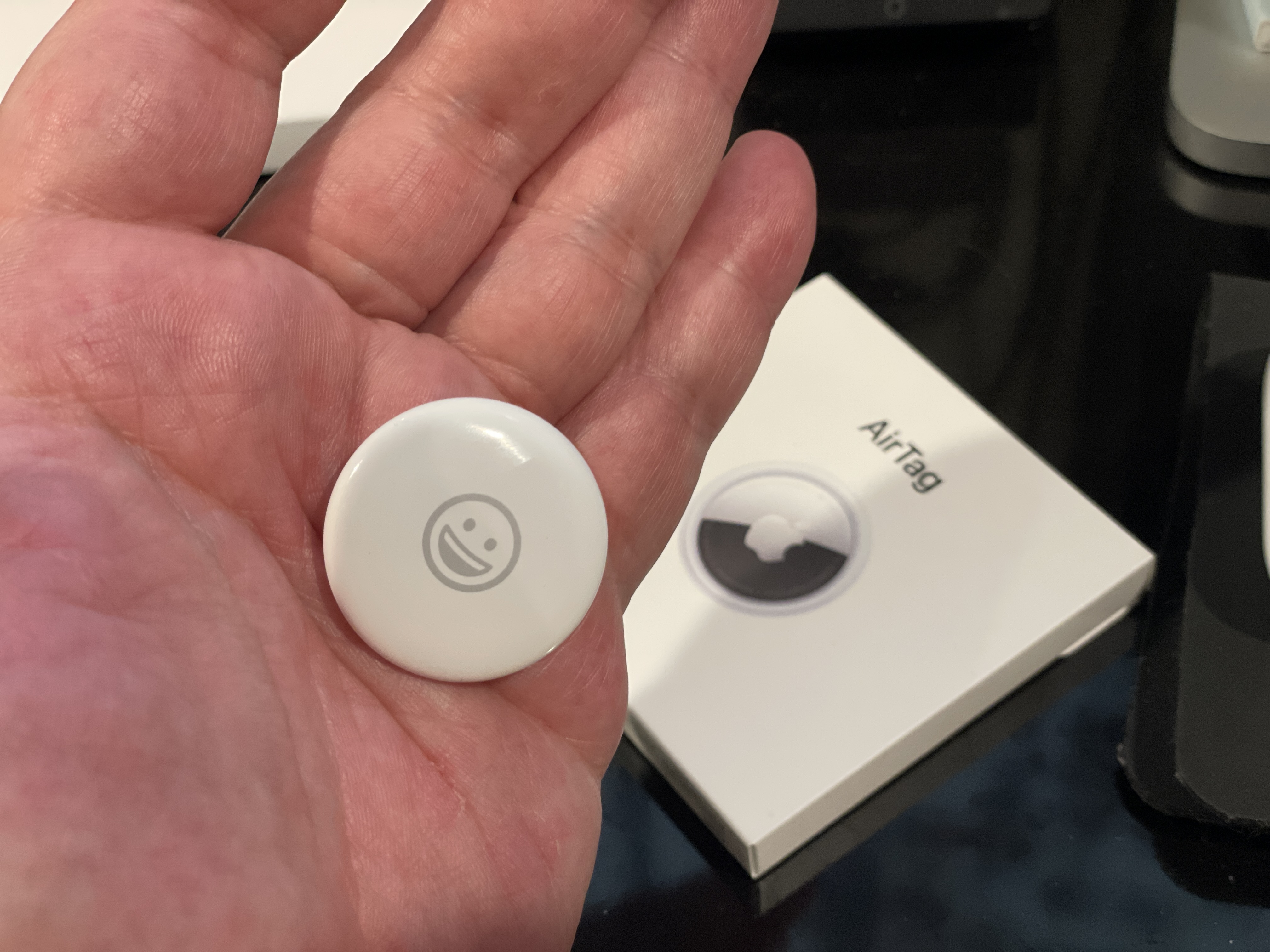 With you, by the way, means in relative proximity to a device signed in to the iCloud account that the AirTags are registered to. Bluetooth range is typically in the ~40 foot range depending on local conditions and signal bounce.

In my very limited testing so far, AirTag location range fits in with that basic Bluetooth expectation. Which means that it can be foiled by a lot of obstructions or walls or an unflattering signal bounce. It often took 30 seconds or more to get an initial location from an AirTag in another room, for instance. Once the location was received, however, the instructions to locate the device seemed to update quickly and were extremely accurate down to a few inches.

The AirTags run for a year on a standard CR2032 battery that’s user replaceable. They offer some water resistance including submersion for some time. There are a host of accessories that seem nicely designed like leather straps for bags, luggage tags and key rings.

So far so good. More testing to come.

As with anything to do with location, security and privacy are a top of mind situation for AirTags, and Apple has some protections in place.

You cannot share AirTags — they are meant to be owned by one person. The only special privileges offered by people in your iCloud Family Sharing Group is that they can silence the ‘unknown AirTag nearby’ alerts indefinitely. This makes AirTags useful for things like shared sets of keys or maybe even a family pet. This means that AirTags will not show up on your family Find My section like other iOS devices might. There is now a discrete section within the app just for ‘Items’ including those with Find My functionality built in.

The other privacy features include a ‘warning’ that will trigger after some time that a tag is in your proximity and NOT in the proximity of its owner (aka, traveling with you perhaps in a bag or car). Your choices are then to make the tag play a sound to locate it — look at its information including serial number and to disable it by removing its battery.

Any AirTag that has been away from its owner for a while — this time is variable and Apple will tweak it over time as it observes how AirTags work — will start playing a sound whenever it is moved. This will alert people to its presence.

You can, of course, also place an AirTag into Lost Mode, offering a choice to share personal information with anyone who locates it as it plays an alert sound. Anyone with any smart device with NFC, Android included, can tap the device to see a webpage with information that you choose to share. Or just a serial number if you do not choose to do so.

This scenario addresses what happens if you don’t have an iOS device to alert you to a foreign AirTag in your presence, as it will eventually play a sound even if it is not in lost mode and the owner has no control over that.

It’s clear that Apple has thought through many of the edge cases, but some could still crop up as it rolls out, we’ll have to see.

Important to note that Apple has announced the development of a specification for chipset makers that lets third-party devices with Ultra Wideband radios access the U1 chip onboard iPhones ‘later this Spring’. This should approximate the Precision Finding feature’s utility in accessories that don’t have the advantage of having a U1 built in like the AirTags do. And, of course, Apple has opened up the entire Find My mesh network to third party devices from Belkin, Chipolo and VanMoof that want to offer a similar basic finding function as offered by AirTags. Tile has announced plans to offer a UWB version of its tracker as well, even as it testified in Congress yesterday that Apple’s advantages made its entry into this market unfair.

It will be interesting to see these play out once AirTags are out getting lost in the wild. I have had them for under 12 hours so I’ve not been able to test edge cases, general utility in public spaces or anything like that.

The devices go on sale on April 23rd.