Dogecoin (DOGE) saw more liquidations than Bitcoin (BTC) at one point on April 24. This shows there is a significantly high demand for trading the meme cryptocurrency even as Bitcoin and Ether (ETH) struggle to recover.

Various trends and metrics, such as social volume, trading volume, and liquidations in the futures market indicate that DOGE remains one of the most frequently traded cryptocurrencies in the global market. 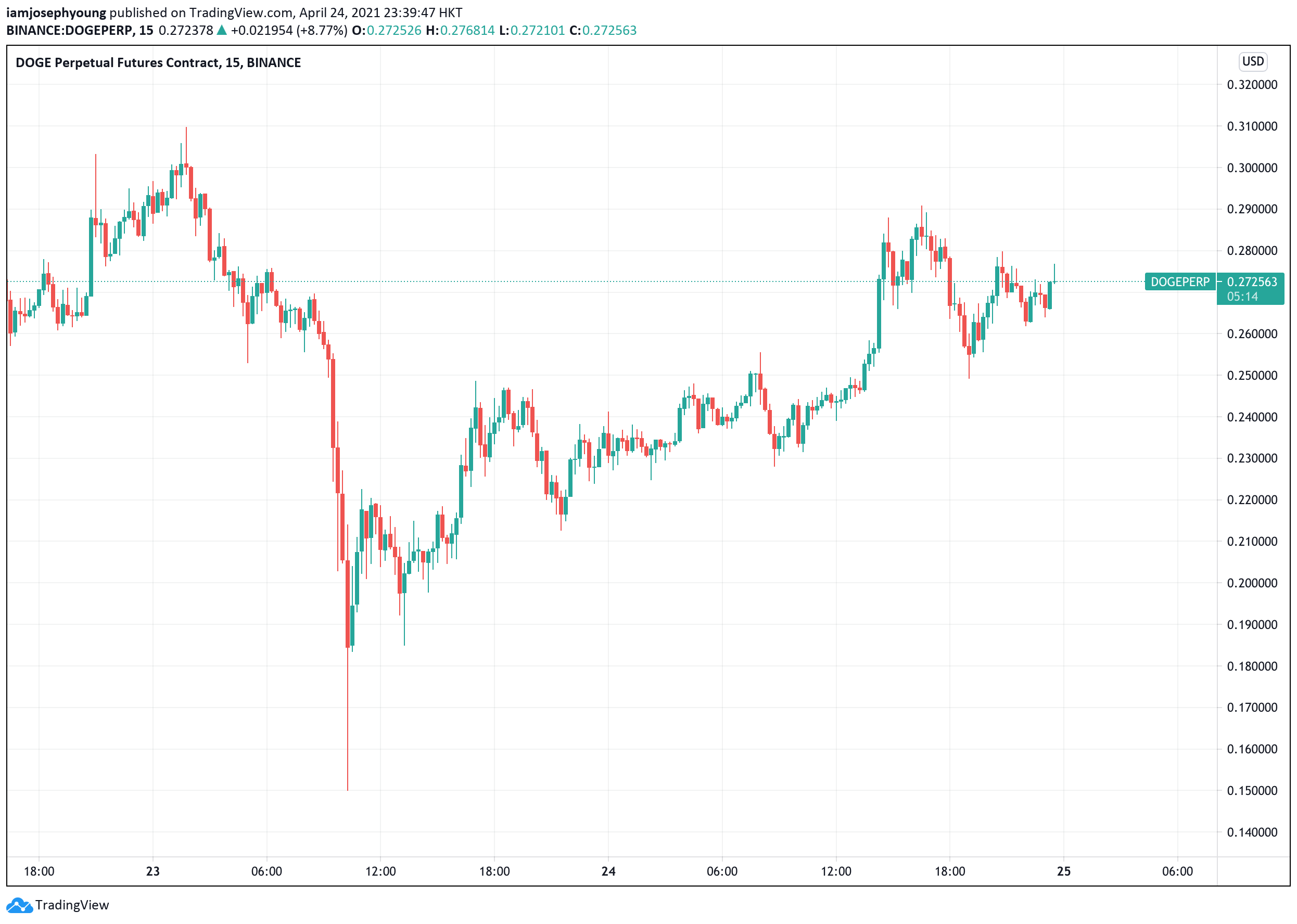 Although some metrics, like the daily volume on small exchanges, is often exaggerated, futures market open interest and liquidations data is much harder to inflate.

According to Bybt.com, in the last 12 hours, over $44 million worth of DOGE positions were liquidated.

In comparison, Bitcoin saw $117.4 worth of liquidations, suggesting that the trading interest around DOGE remains relatively high.

A large portion of the demand for DOGE could be coming from the influx of new entrants into the cryptocurrency market in the wake of the bull market.

A pseudonymous trader known as NYUU said that most of this friends in the past week bought cryptocurrencies.

Unsurprisingly, the cryptocurrencies that were purchased recently were XRP and DOGE. The trader said:

“Turns out, every single friend of my bought #cryptocurrencies this or last week. Mainly $XRP and $DOGE very close to the high. Everyone I tried to convince to buy 1-2 years ago and gave up – is in now. Not sure how much fresh money is left to enter…”

In addition to the rising demand for DOGE from new investors entering the cryptocurrency space, data from TheTie shows that the social metrics for DOGE are growing.

Social media volume often demonstrates authentic interest in a cryptocurrency on Twitter and other social media platforms across a prolonged period.

Will DOGE see a continued uptrend?

Analysts say that the cryptocurrency market consolidating before a possible new leg up is healthy.

John Street Capital, an analyst who focuses on cryptocurrencies, said:

“$BTC is still +75% YTD and given the froth in parts of the market with moves in $DOGE etc… consolidation is healthy before resuming the upward trend. It also lets new corporate / ‘real money’

If Bitcoin and Ether continue to consolidate comfortably above $50,000 and $2,200, respectively, it could create a more favorable environment for smaller altcoins, like DOGE, to rally.