The Brain ‘Rotates’ Memories to Save Them From New Sensations

This use of orthogonal coding to separate and protect information in the brain has been seen before. For instance, when monkeys are preparing to move, neural activity in their motor cortex represents the potential movement but does so orthogonally to avoid interfering with signals driving actual commands to the muscles.

Still, it often hasn’t been clear how the neural activity gets transformed in this way. Buschman and Libby wanted to answer that question for what they were observing in the auditory cortex of their mice. “When I first started in the lab, it was hard for me to imagine how something like that could happen with neural firing activity,” Libby said. She wanted to “open the black box of what the neural network is doing to create this orthogonality.” 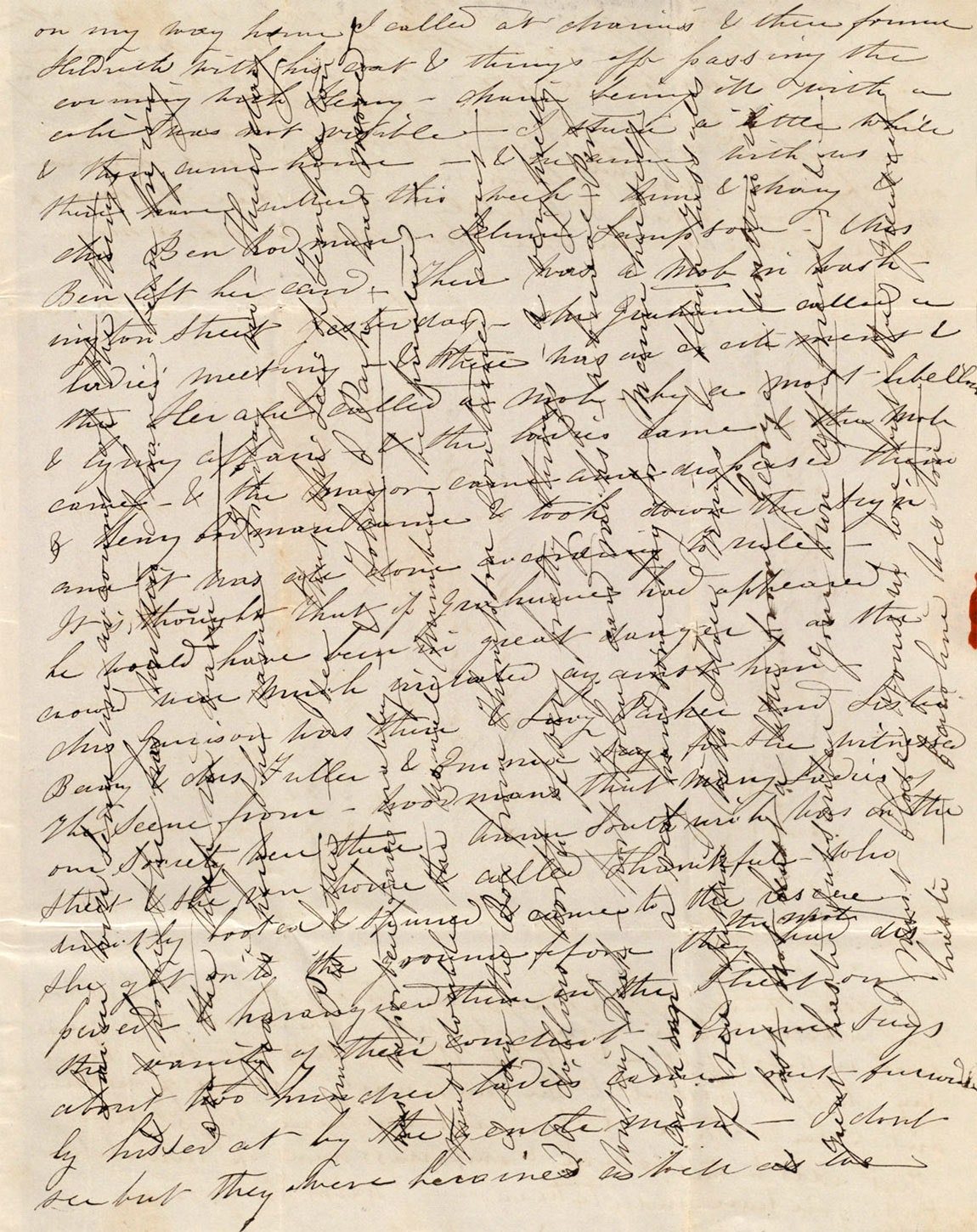 In this letter from 1837, an example of “cross-writing,” the lines of penmanship were written both horizontally and vertically to keep them legible while conserving paper. (Letter writers sometimes did this to minimize postage expenses.)Courtesy of Boston Public Library

Experimentally sifting through the possibilities, they ruled out the possibility that different subsets of neurons in the auditory cortex were independently handling the sensory and memory representations. Instead, they showed that the same general population of neurons was involved, and that the activity of the neurons could be divided neatly into two categories. Some were “stable” in their behavior during both the sensory and memory representations, while other “switching” neurons flipped the patterns of their responses for each use.

To the researchers’ surprise, this combination of stable and switching neurons was enough to rotate the sensory information and transform it into memory. “That’s the entire magic,” Buschman said.

In fact, he and Libby used computational modeling approaches to show that this mechanism was the most efficient way to build the orthogonal representations of sensation and memory: It required fewer neurons and less energy than the alternatives.

Buschman and Libby’s findings feed into an emerging trend in neuroscience: that populations of neurons, even in lower sensory regions, are engaged in richer dynamic coding than was previously thought. “These parts of the cortex that are lower down in the food chain are also fitted out with really interesting dynamics that maybe we haven’t really appreciated until now,” said Miguel Maravall, a neuroscientist at the University of Sussex who was not involved in the new study.

The work could help reconcile two sides of an ongoing debate about whether short-term memories are maintained through constant, persistent representations or through dynamic neural codes that change over time. Instead of coming down on one side or the other, “our results show that basically they were both right,” Buschman said, with stable neurons achieving the former and switching neurons the latter. The combination of processes is useful because “it actually helps with preventing interference and doing this orthogonal rotation.”

Buschman and Libby’s study might be relevant in contexts beyond sensory representation. They and other researchers hope to look for this mechanism of orthogonal rotation in other processes: in how the brain keeps track of multiple thoughts or goals at once; in how it engages in a task while dealing with distractions; in how it represents internal states; in how it controls cognition, including attention processes.

“I’m really excited,” Buschman said. Looking at other researchers’ work, “I just remember seeing, there’s a stable neuron, there’s a switching neuron! You see them all over the place now.”

Libby is interested in the implications of their results for artificial intelligence research, particularly in the design of architectures useful for AI networks that have to multitask. “I would want to see if people pre-allocating neurons in their neural networks to have stable and switching properties, instead of just random properties, helped their networks in some way,” she said.

All in all, “the consequences of this kind of coding of information are going to be really important and really interesting to figure out,” Maravall said.