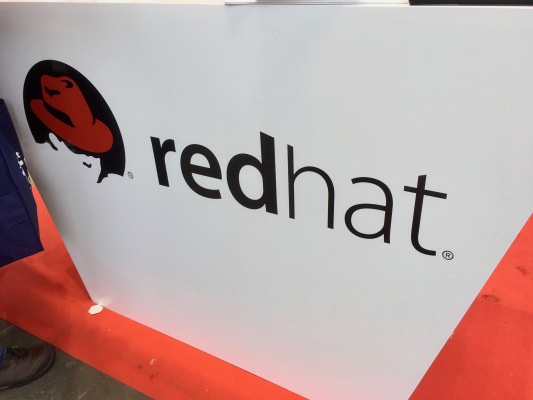 Red Hat CEO Paul Cormier runs the centerpiece of IBM’s transformation hopes. When Big Blue paid $34 billion for his company in 2018, it was because it believed it could be the linchpin of the organization’s shift to a focus on hybrid computing.

In its most recent earnings report, IBM posted positive revenue growth for only the second time in 8 quarters, and it was Red Hat’s 15% growth that led the way. Cormier recognizes the role his company plays for IBM, and he doesn’t shy away from it.

As he told me in an interview this week ahead of the company’s Red Hat Summit, a lot, a lot of cloud technology is based on Linux, and as the company that originally made its name selling Red Hat Enterprise Linux (RHEL), he says that is a technology his organization is very comfortable working with. He sees the two companies working well together with Red Hat benefitting from having IBM sell his company’s software, while remaining neutral technologically, something that benefits customers and pushes the overall IBM vision.

Quite a first year

Even though Cormier has been with Red Hat for 20 years, he took over as its CEO after Arvind Krishna replaced Ginni Rometty as IBM’s chief executive, and long-time Red Hat CEO Jim Whitehurst moved over to a role at IBM last April. Cormier stepped in as leader just as the pandemic hit the U.S. with its full force.

“Going into my first year of a pandemic, no one knew what the business was going to look like, and not that we’re completely out of the woods yet, but we have weathered that pretty well,” he said.

Part of the reason for that is because like many software companies, he has seen his customers shifting to the cloud much faster than anyone thought previously. While the pandemic acted as a forcing event for digital transformation, it has left many companies to manage a hybrid on-prem and cloud environment, a place where Red Hat can help.

“Having a hybrid architecture brings a lot of value […], but it’s complex. It just doesn’t happen by magic, and I think we helped a lot of customers, and it accelerated a lot of things by years of what was going to happen anyways,” Cormier told me.

In terms of the workforce moving to work from home, Red Hat had 25% of its workforce doing that even before the pandemic, so the transition wasn’t as hard as you might think for a company of its size. “Most every meeting at Red Hat had someone on remotely [before the pandemic]. And so we just sort of flipped into that mode overnight. I think we had an easier time than others for that reason,” he said.

Red Hat’s 15% growth was a big reason for IBM showing modest revenue growth last quarter, something that has been hard to come by for the last seven years. At IBM’s earnings call with analysts, CEO Krishna and CFO Jim Kavanaugh both saw Red Hat maintaining that double digit growth as key to driving the company towards more stable positive revenue in the coming years.

Cormier says that he anticipates the same things that IBM expects — and that Red Hat is up to the task ahead of it. “We see that growth continuing to happen as it’s a huge market, and this is the way it’s really playing out. We share the optimism,” he explained.

While he understands that Red Hat must remain neutral and work with multiple cloud partners, IBM is free to push Red Hat, and having that kind of sales clout behind it is also helping drive Red Hat revenue. “What IBM does for us is they open the door for us in many more places. They are in many more countries than we were [prior to the acquisition], and they have a lot of high level relationships where they can open the door for us,” he said.

In fact, Cormier points out that IBM salespeople have quotas to push Red Hat in their biggest accounts. “IBM sales is very incentivized to bring Red Hat in to help solve customer problems with Red Hat products,” he said.

No pressure or anything

When you’re being billed as a savior of sorts for a company as storied as IBM, it wouldn’t be surprising for Cormier to feel the weight of those expectations. But if he is he doesn’t seem to show it. While he acknowledges that there is pressure, he argues that it’s no different from being a public company, only the stakeholders have changed.

“Sure it’s pressure, but prior to [being acquired] we were a public company. I look at Arvind as the chairman of the board and IBM as our shareholders. Our shareholders put a lot of pressure on us too [when we were public]. So I don’t feel any more pressure with IBM and with Arvind than we had with our shareholders,” he said.

Although they represent only 5% of IBM’s revenue at present, Cormier knows it isn’t really about that number, per se. It’s about what his team does and how that fits in with IBM’s transformation strategy overall.

Being under pressure to deliver quarter after quarter is the job of any CEO, especially one that’s in the position of running a company like Red Hat under a corporation like IBM, but Cormier as always appears to be comfortable in his own skin and confident in his company’s ability to continue chugging along as it has been with that double-digit growth. The market potential is definitely there. It’s up to Red and Hat and IBM to take advantage.