As the decentralized finance (DeFi) ecosystem evolves and expands to encompass the whole of the cryptocurrency sector, the race to become the top decentralized exchange (DEX) aggregator is heating up as new entrants to the field seem to emerge on a weekly basis.

One of the top DEX aggregators that has recently seen its price reach a new record high is 1INCH, a protocol that offers “access to the most liquidity, lowest slippage and best exchange rates across Ethereum and Binance Smart Chain” according to the projet’s website. 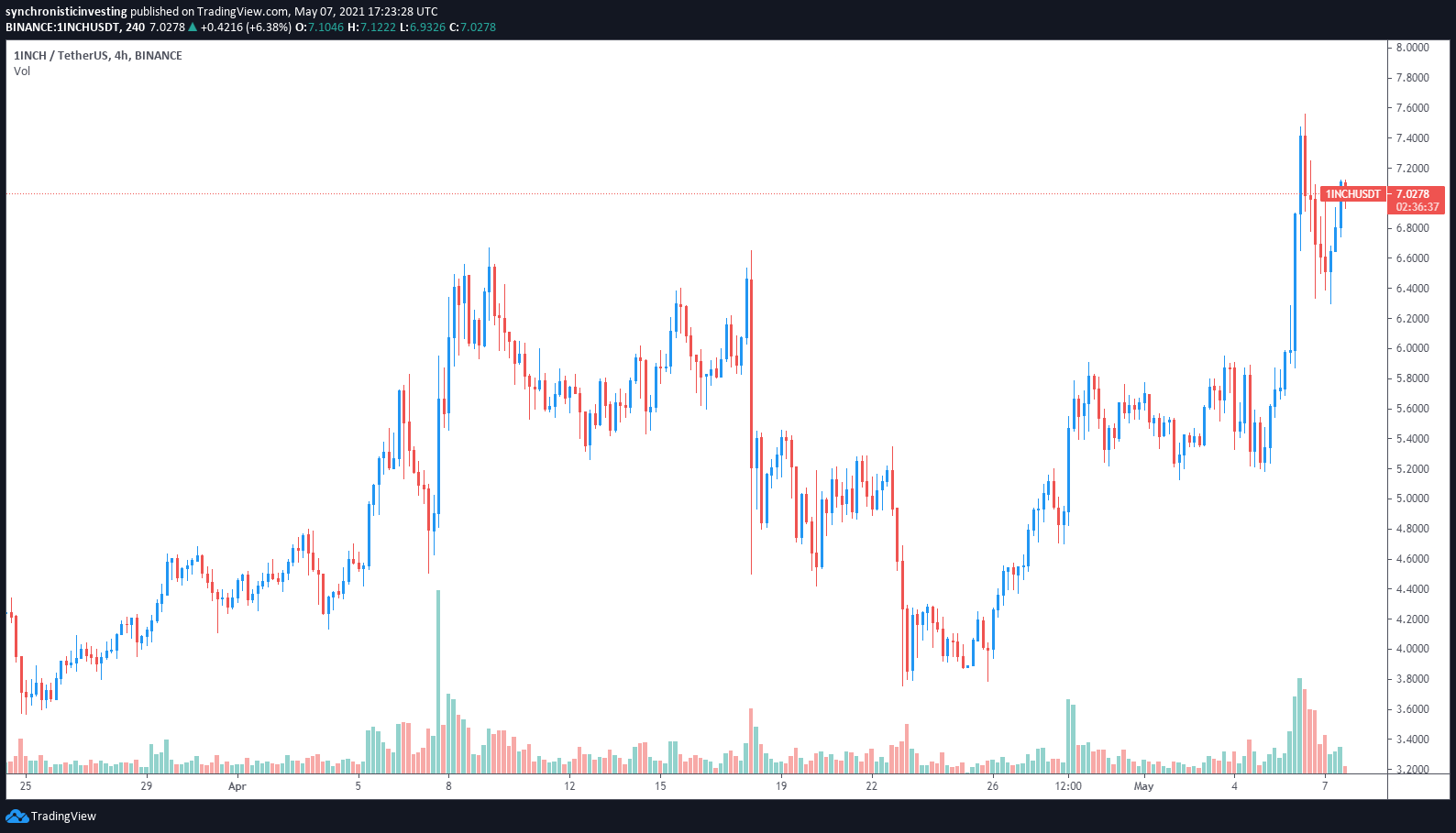 Data from Cointelegraph Markets Pro and TradingView shows that after hitting a low near $5.15 on May 5,  the price of 1INCH catapulted 47% higher to reach a new all-time high at $7.55 on May 6.

The recent price growth experienced by 1INCH was sparked by the May 6 announcement that the protocol had aggregated the liquidity available from the rapidly rising MDEX DeFi ecosystem which operates on the Binance Smart Chain (BSC).

We are happy to announce that @1inchNetwork aggregated liquidity of #MDEX on #BSC #1inch: A distributed network for decentralized protocols enabling the most lucrative, fastest, and protected operations in #DeFi pic.twitter.com/Z3keYCxvcQ

This new integration helped to further expand the reach of 1Inch and solidify its position as the most widely integrated DeFi aggregator to date.

The announced integration of MDEX liquidity was quickly followed by the release of the 1INCH Wallet which offers a “user-friendly entry point to DeFi.”

⤵️ Feel free to leave your #feedback and ask any questions to the ‍ developers!#DeFi #1inch #iOS #cryptotradinghttps://t.co/h5np5T4EkX

At the same time as the wallet was revealed, the team also announced that it would be partnering with the WireX (WXT) digital payment platform to help migrate 20% of the WXT token supply from the Stellar (XLM) network to the Ethereum (ETH) network.

Together, these developments helped 1INCH rally to a new record high at $7.55 on May 6 before profit-taking dropped the price as low as $6.30 in the early trading hours on May 7.

Following the price pullback, and as a testament to how quickly the protocol works to integrate new upgrades, the team at 1INCH announced that it had integrated Uniswap (UNI) V3 which was launched on May 5. As a result, 1INCH price rallied 13% following the announcement to an intraday high at $7.13.

While the 1INCH price chart was trading sideways headed into the first week of May, VORTECS™ data from Cointelegraph Markets Pro began to detect a bullish outlook for the altcoin on May 1, prior to the recent price rise. 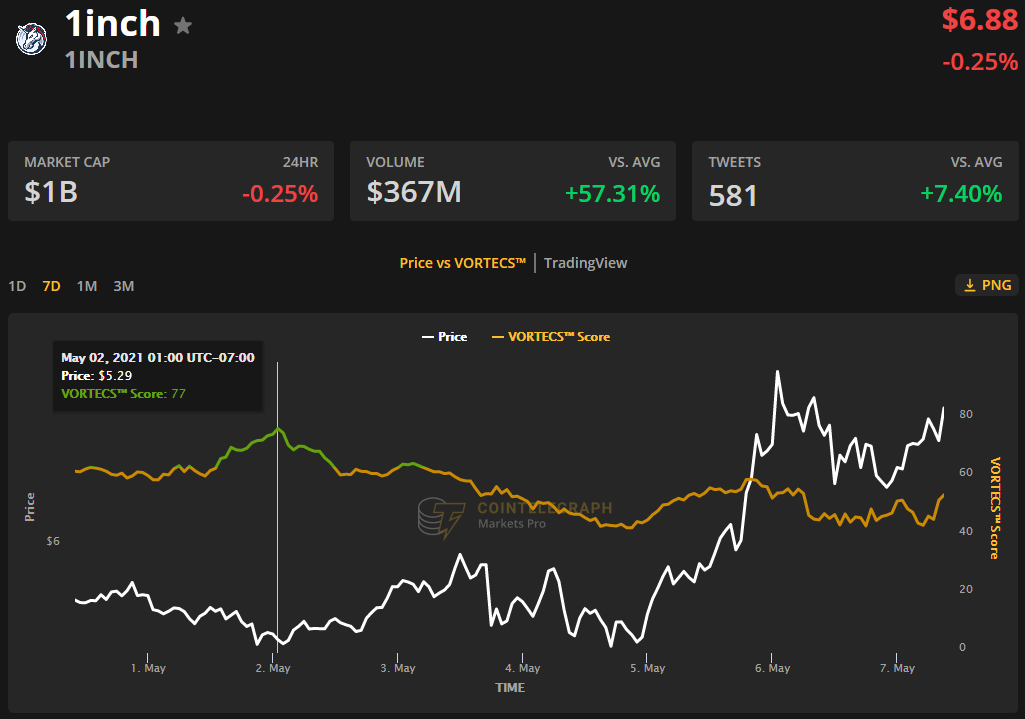 As seen in the chart above, the VORTECS™ Score was flat heading into May and then began to rise on May 1, reaching a peak at 77, roughly 3 days before the price surged 47% over the next 24-hours.

The project’s recent integrations to the Binance Smart Chain, the release of its own native wallet, and the fact that it is one of the most used DEXs on the Ethereum network are all signals that the project is leading the way for automated market-making and DeFi yield opportunities in the crypto space. Each of these developments suggests the token is well positioned for further upside.