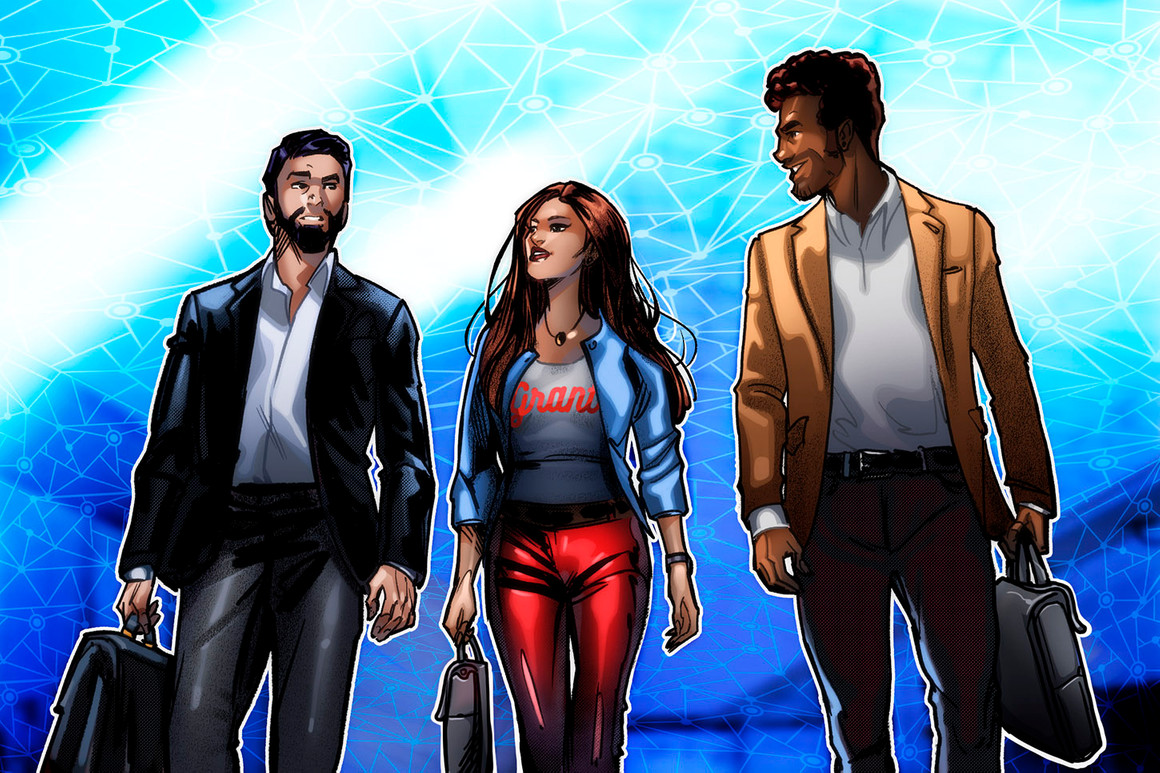 While it’s encouraging to see that the number of female crypto investors is on the rise, women participation within the blockchain technology sector remains low.

Fortunately, a number of new funding initiatives are being offered to drive female participation within the blockchain sector. This is especially important, as recent findings indicate that in Q3 of last year, venture funding for female founders hit its lowest quarterly total in three years.

In order to solve this ongoing challenge, Sperax, a decentralized finance protocol, has partnered with leading blockchain companies to provide grants for women-led projects.

Frida Cai, a partner at Sperax, told Cointelegraph that Sperax’s Lifted Grant Series is a year-long effort designed to support women in blockchain. Cai explained that the program runs on a quarterly basis and comprises four phases, each of which focuses on specific blockchain use cases:

“As a female in the blockchain industry, I want to help more women get involved. This grant series exists because women’s perspectives should be heard by a larger audience.”

Alec Shaw, director of business development at Sperax, told Cointelegraph that 116 applicants from seven countries applied for phase one of Lifted, which was sponsored by investment firm Polyient Capital. Three projects innovating in the DeFi and NFT spaces have received up to $15,000 in funding.

Renita Murimi, founder and CEO of WildChain — an NFT marketplace for zoos and sanctuaries looking to buy, sell and trade animals for conservation purposes — was selected as a phase-one winner. Murimi told Cointelegraph that opportunities like Lifted are significant steps for bringing women into the blockchain sector:

“The biggest challenge has been the availability of funding. And so, I am especially grateful for the Lifted grant. The entire team at Sperax have sponsored an incredibly helpful source of mentorship and funding for women in blockchain.”

Although Murimi speaks from experience, the World Economic Forum has also found the gender financing gap to be one of the most persistent problems when it comes to entrepreneurship. As such, it’s encouraging to see that specific blockchain companies are now seeking out women-led teams for capital allocation. Eric Kapfhammer, chief operating officer and head of Polyient Capital, told Cointelegraph:

“As we looked across the blockchain industry, it seemed striking that there was such a disparity in gender, particularly in engineering and product management roles. As a successful participant in the broader ecosystem, we want to be doing our part to help provide opportunities and support to help address this issue.”

In addition to Polyient Capital, Oasis Network — a privacy-focused blockchain for DeFi projects — will sponsor the second phase of the Lifted grant series. Jorge Cueto, product manager and developer relations at Oasis Foundation, told Cointelegraph that it will offer grants worth up to $50,000 for projects that launch a stablecoin on the Oasis Network. According to Cueto, Oasis is heavily focused on supporting projects that are led by women:

“We believe that fostering a more diverse and inclusive blockchain industry will lead to more innovation and growth across the industry as a whole. The Oasis and Sperax teams are both proudly led by women, and we share a common mission to empower women in the blockchain space.”

Cueto noted that the Sperax grant initiative will ultimately encourage more women to enter the blockchain space because it sends a clear message that dedicated resources are being allocated to support women.

It’s also important to point out that both female and male collaboration is being encouraged through grant initiatives aimed toward women-led companies.

For instance, although teams must be female-led to participate in Sperax’s grant series, Cai mentioned the importance of males being a part of these teams. “All of the applications we’ve received so far have been from women, but we are also encouraging men to participate,” she said.

Recent data further validates this, noting that funding for companies with both a male and female co-founder has tracked more consistently above $20 billion each year since 2017. Findings also show that from 2017 onward, only 6% of venture capital rounds were in female-only founded companies, while 13% was allocated to female and male co-founded teams.

Education is needed to drive women participation in blockchain

In addition to grant opportunities for women-led teams, educational initiatives are also being offered to bring women into the blockchain space.

For example, SheFi, a decentralized finance educational program for women, is currently accepting applications for its 2021 winter cohort program. Maggie Love, founder of SheFi, told Cointelegraph that through these free monthly programs, a number of women will learn about DeFi projects, as well as concepts on how to use different DeFi applications.

Programs like this are crucial, especially when it comes to DeFi adoption. Data from CoinGecko recently found that DeFi users are mainly male, with more than half being between the ages of 20 and 40 years old.

According to Love, the financial literacy gap must be reduced in order to get more women involved in DeFi. She further shared that DeFi enables financial freedom, which initially attracted her to the sector:

“I was empowered by the fact that I didn’t have to belong to Wall Street to build and accumulate wealth, and I started learning about the different projects. However, while the innovations in DeFi make it an incredibly exciting time to be part of the crypto scene, there’s a lack of women participating in and benefitting from DeFi.”

Although this is the case currently, it’s important to remember that DeFi is still a niche industry. Therefore, it’s positive to see that there are opportunities available to women this early on.

Love noted further: “The number of women in crypto and DeFi is growing as well as the use of both crypto and DeFi. It’s positive to see a lot of teams who are committed to getting more women into the space.”