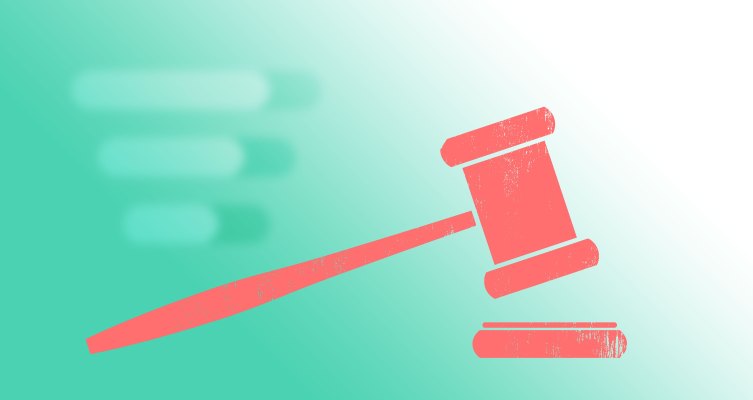 Lambda School has attracted a lot of attention, and raised some $130 million in venture funding from an impressive list of investors, for its novel approach to coding education: offering six-month virtual computer science courses for $30,000, with the option of paying for the courses in installments based on a sliding scale that only kicks in after you land a job that makes at least $50,000.

But it turns out that the startup is attracting a lot of controversy, too. In the latest development, three students have filed lawsuits against the company in California, claiming misleading financial and educational practices.

The suits — which are being brought by the nonprofit National Student Legal Defense Network on behalf of Linh Nguyen, Heather Nye and Jonathan Stickrod — go back to a period of between 2018 and 2020, and they focus on four basic claims.

First, that Lambda School falsified and misrepresented job placement rates. Second, that Lambda School misrepresented the true nature of its financial interest in student success (specifically, there are question marks over how Lambda handles its ISA contracts and whether it benefits from those). Third, that it misrepresented and concealed a regulatory dispute in California that required the school to cease operations. And fourth, that it enrolled and provided educational services and signed ISA contracts in violation of that order.

The filings for the three cases are embedded below.

The three students are all currently on the hook for their Lambda tuitions, which they opted to pay back in installments by way of the school’s income share agreement (ISA) model. The suits do not disclose how much the three individuals are seeking in damages.

For those who have been following news of Lambda School over the last several years, the claims detailed in the suit will sound familiar. The inflated job placement rates; and the fact that it wasn’t legally allowed to operate, yet was still accepting students, signing ISA deals, and teaching, for example, were all reported over that period of time, along with other criticisms about how CEO and founder Austen Allred, a self-proclaimed “growth hacker“, leveraged his and Lambda’s other Twitter accounts to hype up the school.

Some of the issues that are raised in the lawsuits have also been resolved since then. For example, the prominent display of over 80% of students finding jobs can no longer be found on the Lambda site, and in California you no longer get an ISA but a retail installment contract (similar but different). But as is the way of litigation, lawsuits based on past issues from people who were impacted by them when they were still active, are, in many ways, the next logical, unsurprising step.

There is also a specific strategy behind these three cases being filed at the same time.

Alex Elson, the co-founder of the National Student Legal Defense Network, told TechCrunch in an interview that the ISA contracts that students sign at Lambda have arbitration clauses that preclude students from arbitrating against Lambda in groups, i.e. class action suits. The idea is that by bringing three nearly identical individual cases simultaneously against the school, the defendants can both expose the widespread practices of Lambda, and pave the way for broader relief for others similarly impacted. (The Student Defense Network’s co-counsel in the case is CalebAndonian PLLC and Cotchett, Pitre & McCarthy LLP.)

Originally incubated at Y Combinator and backed by a long list of investors that include GV (Google Ventures), Gigafactory (ex-Founders Fund partners), GGV and more, Lambda School has had a tough time of it in the last year, a period that has seen the COVID-19 pandemic have a disproportionate impact on some parts of the economy but not others.

Edtech has largely been seen as a huge growth area, but that may not have been the case for edtech startups specifically focused on vocational, technology jobs, given that the tech world has seen a lot of hiring freezes, and layoffs, as companies sought to keep down costs in the face of the unknown.

Lambda went through two sets of layoffs in the space of a year, and it seems that in one of them it also changed its teaching model, doing away with TLs (team leads), paid mentors who helped assess students, and instead moved to a model where students mentored each other and assessed themselves. It has also changed the courses themselves, shortening them to six months from their original nine- and 18-month formats — but not reducing the prices for those courses.

And it’s not quite past all of its regulatory issues, either.

Just two weeks ago, California’s Department of Financial Protection and Innovation (DFPI) announced a settlement with the school over the language that it uses in financing contracts with students.

Specifically, the DFPI took issue with how it said Lambda falsely described its financial arrangement with students as a “qualified educational loan… subject to the limitations on dischargeability contained in… the United States Bankruptcy Code.” (Educational loans are usually exempt from bankruptcy discharge — when a debtor is not required to pay a debt because that debtor is bankrupt, it’s a bankruptcy discharge; typically educational loans are not covered by this, so the issue here was the Lambda School was claiming that even if a student files for bankruptcy that student would still have to pay back Lambda.)

“The language violates the new California Consumer Financial Protection Law (CCFPL), which took effect this year and prohibits companies from engaging in practices that are unlawful, unfair, deceptive, or abusive,” the DFPI noted.

The settlement requires Lambda to notify students that the bankruptcy dischargeability provision language is not accurate; retain a third party to review the terms of the school’s finance contract to ensure that it complies with all applicable laws; and undergo a review of its marketing materials to ensure that the information is accurate and not likely to mislead consumers.

You could say that all of these issues are the table stakes of being a startup and trying something new: the school is moving fast, breaking things and iterating along the way to figure it all out. But for a service that can leave students liable for paying back $30,000, it’s a big price for others to pay when those things don’t quite work as advertised.

Still, despite all that, Lambda also continues to have a lot of supporters and partners. Just last month, for example, it announced a new backend engineering program that it developed with Amazon. And while it doesn’t seem guaranteed taking the problem will get you an instant open door to a job with the tech giant, it’s a sign of where there remains interesting value in the idea.

We have also reached out to the company’s CEO and founder Austen Allred, and the company itself, for a response and we will update this post as we learn more.

Per policy, we don’t speak about individual student or alumni situations in detail publicly, but we’re of course happy to review matters directly and will review any cases that are filed. In general, though, for any student’s ISA payments to be activated, they would have first signed an ISA contract and subsequently landed a role leveraging skills learned at Lambda School that pays $50K or more in salary.

Our mission is to de-risk education and expand access to higher paying jobs. For that reason, our ISAs (and RICs in California) are designed with policies that are as flexible and student-centric as possible. That includes our purposely generous proration refund and proration policy for students who decide to leave the program, regardless of tuition payment method. Additionally, if an alumnus loses their job, salary, or is making under $50K a year, their payments are immediately paused. ISAs expire completely after 24 payments or 60 deferred months, even if the total paid is less than $30,000.

Our number one priority is student success. We stand behind the quality of our instructors and our proven student outcomes (which we go into more detail about here and in our outcomes reporting). While we will always strive for our students and alumni to have a positive experience and achieve their career goals, we’re also willing to work with individuals and review cases to come to a resolution.

The suits are below: