Maybe SPACs were a bad idea after all 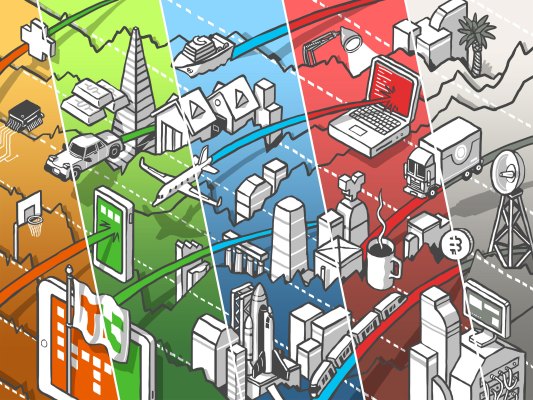 Welcome back to The TechCrunch Exchange, a weekly startups-and-markets newsletter. It’s broadly based on the daily column that appears on Extra Crunch, but free, and made for your weekend reading. Want it in your inbox every Saturday? Sign up here.

Hello friends, I was out yesterday with what I’m calling Moderna Syndrome. Basically I got whacked by my second vaccine dose, and instead of enjoying a day off eating candy and spoiling my dogs I spent the entire day on the couch unable to move. All that’s to say that I missed Coinbase and DoorDash earnings when they came out.

Catching us up, Coinbase met its forecasts that it had previously released (more here), and today its stock is flat. DoorDash, in contrast, beat market expectations and is currently up just over 25% as I write to you.

But despite huge quarters from each, both companies are far below their recently set all-time highs. Coinbase is worth around $265 per share today, off from an all-time high of $429.54, which it set recently. And DoorDash is worth $145 this afternoon, far below its $256.09 52-week high.

They are not alone amongst recent public offerings that have lost steam. Many SPAC-led combinations are tanking. But while Coinbase and DoorDash are still richly valued at current levels and worth far more than they were as private companies, some startups that took SPAC money to float are not doing well, let alone as well.

As Bloomberg notes, five electric vehicle companies that SPAC’d their way to the public markets were worth $60 billion at one point. Now the collection of mostly revenue-free public EV companies have shed “more than $40 billion of market capitalization combined from their respective peaks.” Youch.

And SPAC hype-man and general investing bon vivant Chamath Palihapitiya is taking some stick for his deal’s returns as well. It’s all a bit messy. Which, to be fair, is pretty much what we’ve expected all along.

Not that there aren’t some SPAC-combinations that make sense. There are. But mostly it’s been more speculative hype than business substance. Perhaps that’s why Coinbase and DoorDash didn’t need to lean on crutches to get public. Sure, the market is still figuring out what they are actually worth, but that doesn’t mean that they are in any real trouble. But consider, for a moment, the companies that have agreed to go public via a SPAC before the correction and are still waiting for their deal to complete.

TFW ur forecast is conservative

The Exchange has been on the horn recently with a few public company CEOs after their earnings report. After those conversations, we have to talk a bit about guidance. Why? Because it’s a game that I find slightly annoying.

Some public companies simply don’t provide forecasts. Cool. Root doesn’t, for example, provide quarterly guidance. Fine. Other companies provide guidance, but only in a super-conservative format. This is in effect no guidance at all, in my view. Not that we’re being rude to companies per se, but they often wind up in a weird dance between telling the market something and telling it something useful.

Picking on Appian’s CEO as he’s someone I like, when discussing his own company’s forecasts Matt Calkins said that its guidance is “unfailingly conservative” — so much so that he said it was nearly frustrating. But he went on to argue that Appian is not short-run focused (good), and that if a company puts up big estimates it is more judged on the expectation of those results versus the realization of said results. That line of thinking immediately makes ultra-prudent guidance seem reasonable.

This is a philosophical argument more than anything, as Wall Street comes up with its own expectations. The financial rubber hits the road when companies guide under Wall Street’s own expectations or deliver results that don’t match those of external bettors. So guidance matters some, just not as much as people think.

BigCommerce’s CEO Brent Bellm helped provide some more guidance as to why public companies can guide a bit more conservatively than we might expect during our recent call. It helps them not overspend. He noted that if BigCommerce — which had a super solid quarter, by the by — is conservative in its planning (the font from which guidance flows, to some degree) it can’t deploy too much near-term capital.

In the case of BigCommerce, Bellm continued, he wants the company to overperform on revenue, but not adjusted profits. So, if revenue comes in ahead of expectations, it can spend more, but won’t work to maximize their near-term profitability. And he said that he’s told analysts just that. So keeping guidance low means that it won’t overspend and blast its adjusted profitability, while any upside allows for more aggressive spend?

Harumph, is my general take on all of the above. It’s very fine to have public company CEOs play the public game well, but what I’d greatly prefer is if they did something more akin to what startups do. High-growth tech companies often have a board-approved plan and an internal plan that is more aggressive. For public companies this would be akin to a base case and a stretch case. Let’s have both, please? I am tired of parsing sandbagged numbers for the truth.

Sure, by reporting a guidance range, public companies are doing some of that. But not nearly enough. I hate coyness for coyness’s sake!

That’s enough of a rant for today, more on BigCommerce earnings next week if we can fit it in. You can read more from The Exchange on Appian and the larger low-code movement here, if that’s your jam.

We’re running a bit long today, so let me demount with some predictions.

Nearly every startup I’ve spoken to in the last year that had 20 or fewer staff at the time of the chat is a remote-first team. That’s due to their often being born during the pandemic, but also because many very early-stage startups are simply finding it easier to recruit globally because often the talent they need, can afford or can attract, is not in their immediate vicinity.

Startups are simply finding it critical to have relaxed work location rules to snag and, we presume, retain the talent that they need. And they are not alone. Big Tech is in similar straits. As The Information reported recently:

An internal Google employee message board lit up last Wednesday morning as news of what many staff perceived as a more relaxed policy for working remotely circulated. One meme shared on the board showed a person crying, labeled “Facebook recruiters.” Another showed a sad person labeled “San Francisco landlords.”

If you aren’t laughing, maybe you have a life. But I do this for a living, and I am dying at that quote.

Look, it’s clear that lots of people can do lots of work outside of an office, and even though labor purchasers (employers) want to run 1984-style operations on their employees (labor sellers) to ensure that they are Doing Precisely Enough, the actual denizens writing code are like, naw. And that’s just too much for Big Tech to handle as they are literally just cash flows held up by people who type for a living.

What this means is that tech is not going back to 100% in-office work or anything close to. At least not at companies that want to actually ensure that they have top-tier talent.

It’s a bit like when you see a company comprising only white men; you know that it doesn’t have nearly the best team that it could. Firms that enforce full-office policies are going to overindex on a particular demographic. And it won’t be to their benefit.