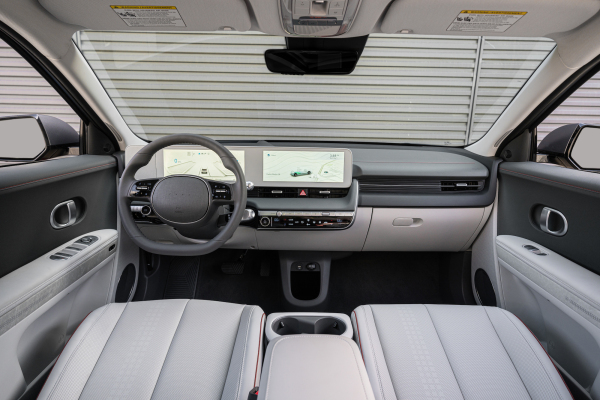 Hyundai developed an in-car payment system that will actually debut in its upcoming all-electric Ioniq 5 crossover that may offer drivers the ability to discover and pay for EV accounts receivable, food and parking — active example of automakers finding innovative ways to generate revenue and offer prospects features that are typically connected with smartphones.

Custom vehicle comes to North America by fall 2021, the expenditures system will launch via Dominoes, ParkWhiz and Chargehub, the company said Monday. Ones in-car payments system was being just one of several new facts and strategies released during the Ioniq 5’s North American debut.

The payments feature works best through Bluelink, Hyundai’s paper connected car system that offers users control over various venue functions and services. Bluelink, which requires a subscription, is offered in three different finance packages that cover areas such as venue maintenance and alerts, remote control climate control and unlocking and locking as well as bestimmungsort search. Bluelink also can indeed be linked to a user’s They Assistant feature on their smart phone to send information to their Hyundai vehicle.

The in-car transfers system will eventually build up to include other companies that belong to the charging, food and even when on-the-go and parking pick. A company spokesperson said Hyundai will continue to add new outlets regularly via the Xevo Field platform.

And the Ioniq 5 is the company’s first dedicated battery-electric n automobile built on the new Electric-Global Modular Platform, or E-GMP platform. This platform might be shared with Kia and is the underlying foundation of the new EV6.

If the Ioniq address sounds familiar, it’s because it probably exists. In 2016, Hyundai introduced the Ioniq, the actual hatchback that came in crossbreed, plug-in hybrid and musical versions. The Korean auto maker is using that vehicle for the reason jumping off point for their new EV brand.

All of the vehicles as well as Ioniq brand will have most of the E-GMP platform. The Ioniq 5 is based on Hyundai’s Choice 45, a monocoque-style looks crossover that the company launched in 2019 at the Worldwide Motor Show in Sweden. Designers of the Concept forty leaned on some of the the lines and characteristics from Hyundai’s first concept, the 1974 Pony Coupe. The “45” name comes, in part, within 45-degree angles at the front in addition to rear of the vehicle.

Hyundai has at this point to release pricing for the Ioniq 5.