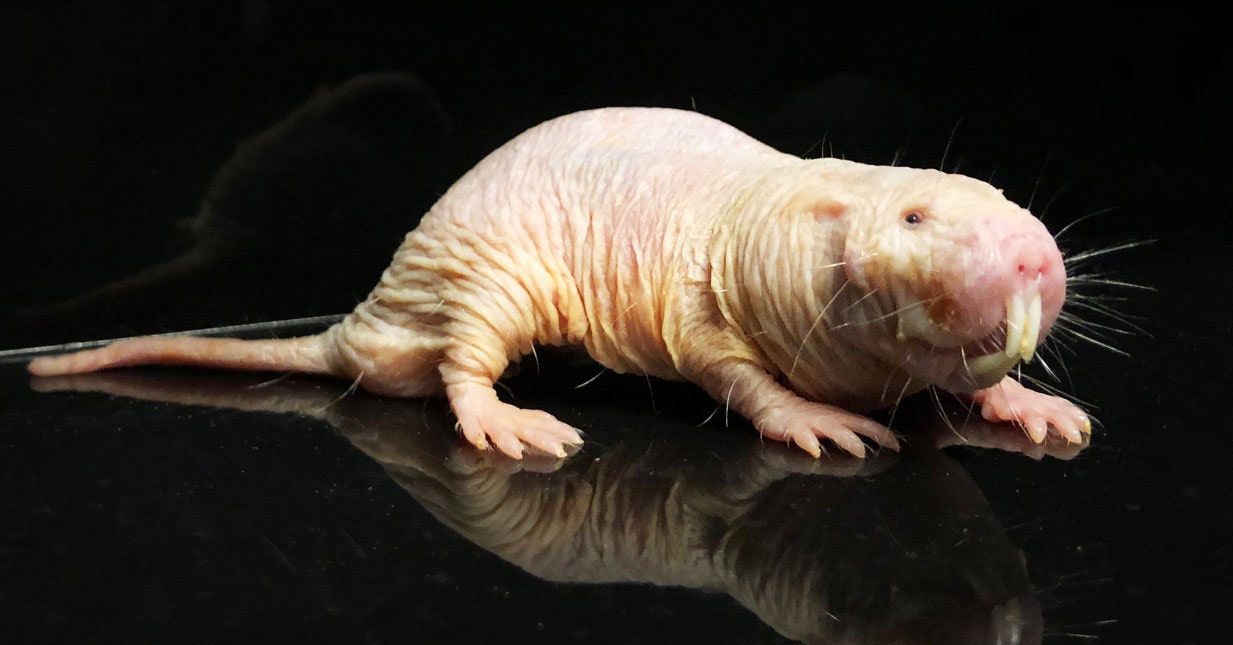 Joe has seen dynasties rise and fall. He and his colony mates have spent their years cleaning the nest, caring for the queen, and guarding against intruders as designated workers or xenophobic soldiers. Most of them live relatively healthy lives. And because they live in deep desert burrows, mole rats have few natural predators.

So what does kill a naked mole rat? “They beat each other up,” says Martha Delaney, a veterinary pathologist at the University of Illinois. Naked mole rats are extreme xenophobes. They’ll attack outsiders, push and bite each other, and banish colony members as outcasts.

“They’re lovely, lovely animals,” Melissa Holmes says with great sincerity. Holmes is a behavioral neuroscientist at the University of Toronto who works with more than 1,000 naked mole rats. The inner workings of mole rats’ odd eusocial structure earns them a reputation for aggression. “But for animals that live in such large groups, they are remarkably stable,” she says.

Holmes has had her colonies for 12 years. “And in some of my colonies, we’ve never had an injury, ever,” she says. “That’s amazing—that animals live together for years with that lack of aggression.”

It’s not that naked mole rats never age or get sick. They do. But their bodies somehow slow those processes down. While typical mammals’ bones get more brittle and thin over the years, mole rat bones keep the same mineral content and remain just as solid. People tend to tack on more fat with age. Naked mole rats? Nope.

“But the most striking system,” says Buffenstein, “is cardiovascular.” Human veins and arteries normally stiffen with time. The more rigid those walls get, the harder the heart has to pump. Blood pressure goes up. Risk of death goes up. Naked mole rat blood vessels stay springy throughout life. “Every measure that we’ve looked at in heart function is unchanged from six months to 24 years,” she says.

In humans, heart disease is the leading cause of death. Cancer is second. About 40 percent of people in the US develop cancer in their lifetimes. For naked mole rats, the probability is well below 1 percent. In a 2008 study, Buffenstein reported no cancers at all in a group of 800 mole rats. As of 2021, Buffenstein says she’s only found five cancers in over 3,000 necropsies.

“They do age very well,” says Delaney “They’re very well adapted, just kind of like a physiological marvel.” Delaney primarily studies naked mole rats in zoos, scanning biopsies and tissue slices to tease out how they died. She has found a couple cancers in two naked mole rats (“after evaluating hundreds and hundreds,” she says). Neither cancer was fatal. Naked mole rats do develop kidney and brain lesions with age, but those rarely turn into disease.

This unexpected resilience means there may be something about their biology that we can capture in pill form—or possibly one day as gene therapy—for humans. “And that’s why I think they’re so popular now,” says Delaney, “As research models for not just cancer, but age related diseases.” But popular or not, the true payoff remains elusive.

Scientists want to sort out what to tweak in our biology to mimic the mole rat’s longevity. Take cancer. Mole rats are so great at avoiding cancer that researchers think their cells might be hardwired with protective molecules that stop mutated cells before they take over. For example, naked mole rat cells amass large amounts of a protein called p53, which is known to suppress tumors. Last year, Buffenstein reported that they show 10 times more of it in their connective tissue than in humans and mice—and it’s more stable.