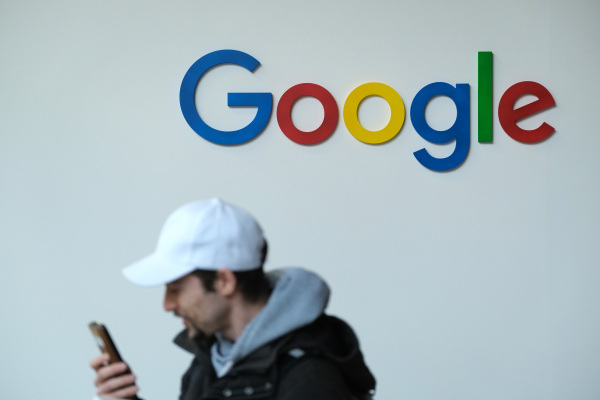 The move follows earlier proceedings targeting Amazon and Facebook — both of which are also looking to determine whether their businesses are of “paramount significance for competition across markets”, as German competition law puts it. (The regulator is also probing Facebook’s tying of Oculus to Facebook accounts.)

In Google’s case, one of the Bundeskartellamt’s new proceedings will confirm whether amended competition rules, which came into force in January, apply in its case — which would enable the FCO to target it with proactive interventions in the interests of fostering digital competition.

The second, parallel procedure will see the Federal Cartel Office (FCO) undertake an in-depth analysis of Google’s data processing terms in a move that looks intended to avoid wasting time — i.e. that its working assumption is that Google/Alphabet’s business meets the legal bar in the GWB Digitalisation Act.

By running the two Google procedures in parallel the German competition regulator will be in a position to act faster — assuming the first proceeding confirms it can indeed intervene.

The second probe running alongside would then identify potential problems to shape any intervention — with the FCO saying for example that it will look at whether Google/Alphabet “makes the use of services conditional on the users agreeing to the processing of their data without giving them sufficient choice as to whether, how and for what purpose such data are processed”.

It also says it will “examine the extent to which the terms provide Google with an opportunity to process data on an extensive cross-service basis” and will seek to clarify “how the company’s data processing policy applies to the processing of user data obtained from third-party websites and apps” (such as through Google’s advertising services).

Another key element of the proceeding will aim to establish what choice users actually have with regard to Google’s processing of their data, with the FCO noting that protecting consumer choice is a primary aim of competition law.

Given those point of focus it’s possible to imagine a future order from the FCO to Google could require it to simplify how it asks users for consent, to ensure genuine choice — and also shrink its ability to link first party user data with information obtained on people elsewhere online.

Commenting in a statement, Andreas Mundt, president of the Bundeskartellamt said: “An ecosystem which extends across various markets may be an indication that a company holds such a market position [i.e. whether it is of paramount significance across markets]. It is often very difficult for other companies to challenge this position of power. Due to the large number of digital services offered by Google, such as the Google search engine, YouTube, Google Maps, the Android operating system or the Chrome browser, the company could be considered to be of paramount significance for competition across markets.”

“Google’s business model relies to a very large extent on processing data relating to its users. Due to its established access to data relevant for competition, Google enjoys a strategic advantage. We will therefore take a close look at the company’s data processing terms. A key question in this context is whether consumers wishing to use Google’s services have sufficient choice as to how Google will use their data,” he added.

Reached for comment on the FCO proceedings, Google said it will fully cooperate with the FCO’s process but rejected the charge that people are forced to use its services — further claiming in a statement attributed to spokesperson, Ralf Bremer, that it offers “simple controls” so people can “limit” its use of their information:

“People choose Google because it’s helpful, not because they’re forced to, or because they can’t find alternatives. German consumers have enormous choice online and we give people simple controls to manage their information and limit the use of personal data. We will cooperate fully with the German Competition Authority and look forward to answering their questions.”

The Bundeskartellamt‘s in-depth prove of Google’s data processing terms picks up on long running criticism that the tech giant relies on forced and/or manipulative consent from users to obtain their data. Whereas the pan-EU legal standard if consent is used as a legal basis to process people’s information is that it should be clear, informed and freely given.

Back in 2019 Google was fined $57M by France’s data protection watchdog under the EU’s General Data Protection Regulation (GDPR) over a failure to provide “sufficiently clear” information to Android users when it sought their consent to use their data for targeted ads.

However, subsequent to the CNIL’s action, the tech giant limited its exposure to the privacy regulation by changing the legal jurisdiction of where it processes European users’ data to Ireland.

The Irish Data Protection Commission (DPC) then became Google’s lead data supervisor under the GDPR’s one-stop-shop mechanism. And the DPC has not decided a single GDPR complaint against Google — though it has a number of open investigations. It continues to face high level criticism over its enforcement record on key cross-border cases against big tech.

The awakening of European competition regulators to the issue of how abuse of user privacy is an anti-competitive tactic that can lock in the dominance of digital giants by unfairly enabling them to grab and link people’s data is thus a very important development in the regulation of big tech — and one where the Bundeskartellamt has already been a pioneer.

In an earlier FCO ‘super profiling’ case against Facebook — which predates the amendments to national digital competition law — it ordered the social media behemoth not to combine user data from across its different products.

Facebook has sought to block the order in the German courts. And, back in March, the case was referred to Europe’s top court — meaning the FCO’s order to it remains on hold pending the CJEU’s ruling (which could take years to be handed down).

The FCO confirmed today that the Facebook case is still pending before the court, reiterating the decision of the Düsseldorf Higher Regional Court to refer certain issues relating to the application of the GDPR to the European Court of Justice — which means that a decision on the merits of the case “can only be rendered after these issues have been clarified”.

The Bundeskartellamt’s investigation of Facebook’s data practices started all the way back in in March 2016. So it’s a safe bet that the regulator’s experience of digging into the detail of how tech giants process people’s data — and how hard it is to make cases stick against them — has helped inform the amendments to Germany’s competition law that introduce ex ante powers to tackle digital giants deemed to be of “paramount significance for competition across markets”.

Although there is still another waiting period baked in to this approach — as the regulator must first assess whether tech giants meet that legal bar.

The EU has proposed a similar ex ante approach for what it dubs as digital “gatekeepers”, under the Digital Markets Act, which it introduced at the end of last year.

Although with the bloc’s co-legislative process ongoing that regulation is likely some years away from adoption and pan-EU application — meaning Germany’s national law and the energetic FCO could be a significant actor in the meanwhile.

The EU’s competition commission are also digging into Google’s adtech practices — though they’re having to do so under existing powers, for now, which have been shown to be a painstakingly slow and not very effective route to tackle digital market power.

Elsewhere in Europe, the UK, which now sits outside the bloc, is also shaping its own an ex ante regime to curb the market power of digital giants. So regardless of political cross-currents in the region — and the problem of patchy privacy enforcement — there is growing consensus that European competition authorities must be empowered to step in proactively to tackle digital market abuses.