On May 26 the the bullish momentum that had propelled Bitcoin and altcoins into a relief rally was somewhat subdued as traders remain unsure of what may happen next.

After an early morning attempt by Bitcoin bulls to drive (BTC) price above $40,000 was met with stiff resistance, the digital asset lost momentum and slumped back to the $38,000 support level. 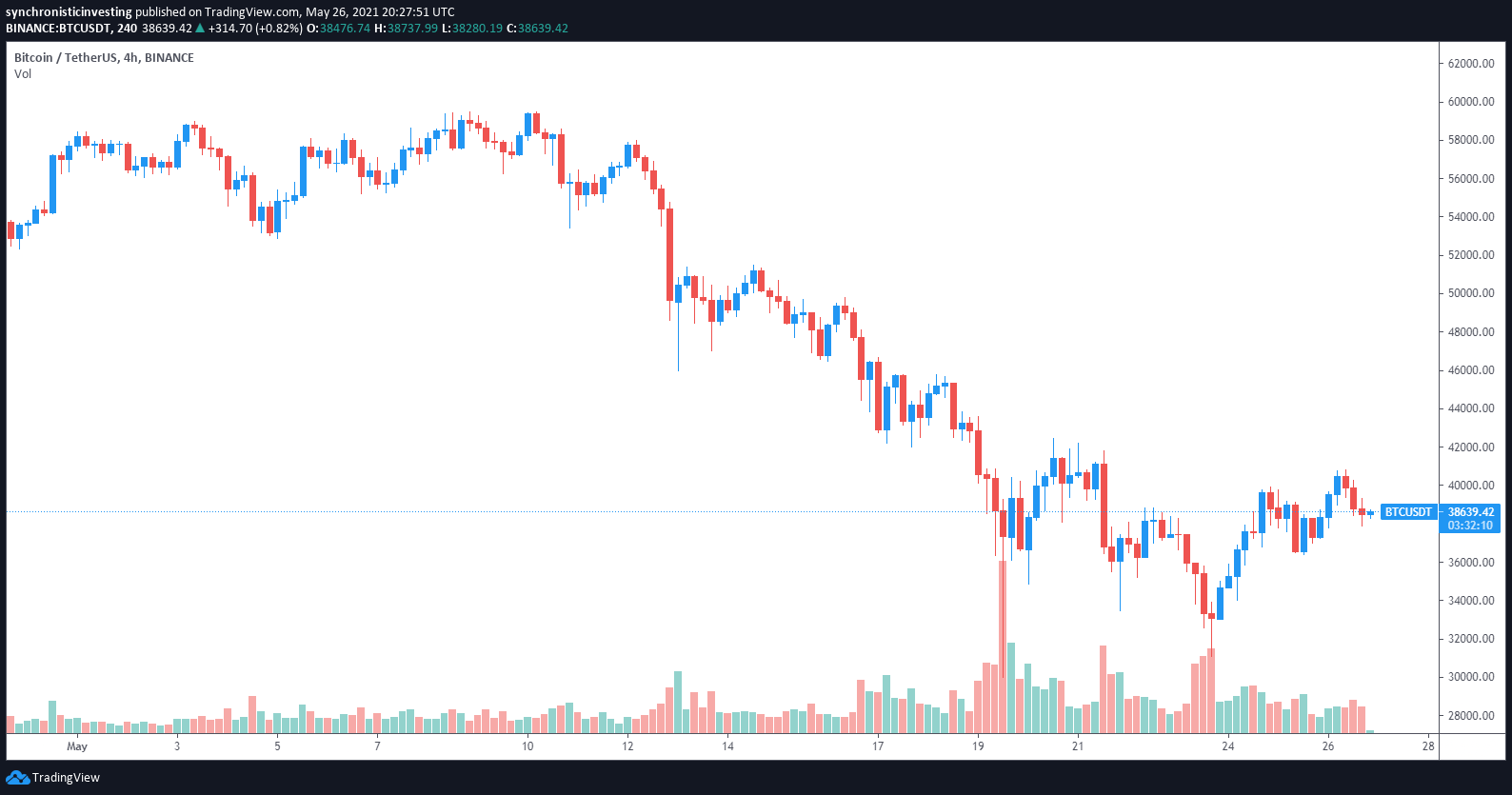 Despite the continued struggle, a few positive signs like a decline in BTC exchange deposits and an uptrend in addresses accumulating Bitcoin suggest that bears have stopped selling and the worst of the downturn may have passed.

Earlier in the day, Ether (ETH) also rallied close to the $3,000 level but the pullback in BTC price saw the top altcoin fall below $2,800.

While a majority of the cryptocurrencies are well below recently established highs, Polygon (MATIC) price bucked the trend by seeking out a clear V-shaped recovery. The altcoin rallied higher today as the project announced the launch of its SDK stack that will allow developers to easily deploy their own Ethereum-connected blockchains. 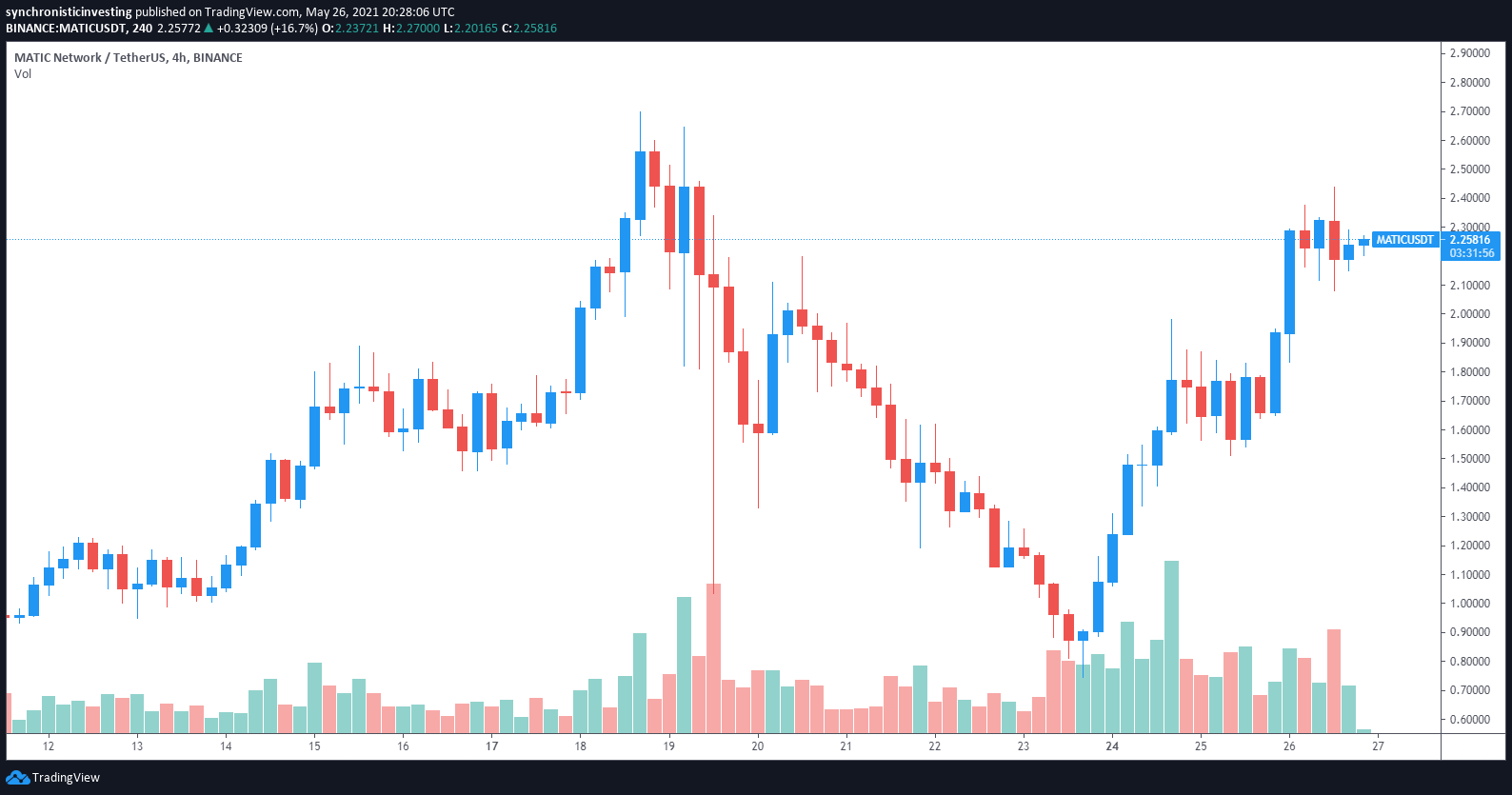 According to data from Cointelegraph Markets Pro, market conditions for MATIC have been favorable for some time. 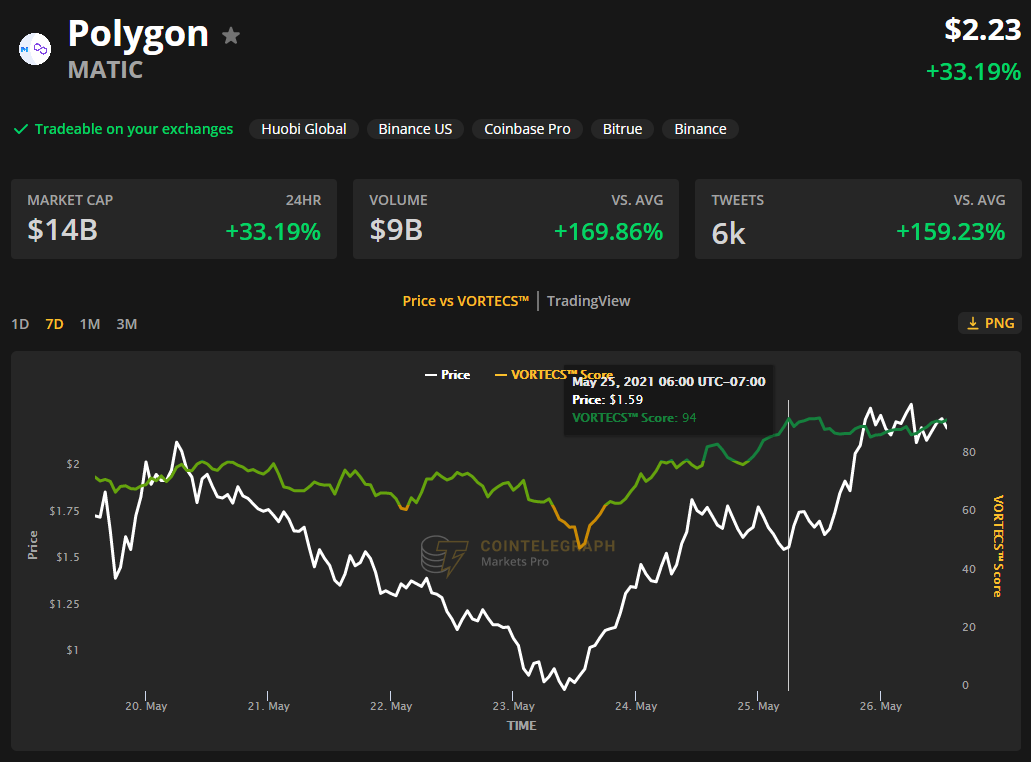 As seen in the chart above, the VORTECS™ Score for MATIC has been in the green zone for most of the past week and it registered a high of 94 several times on May 25, around seven hours before the price increased 50% over the next day.

Other notable altcoin performances include an 89% gain for SKALE Network (SKL) and a 67% rally from Enjin Coin (ENJ) . Origin Protocol also gained 53%. 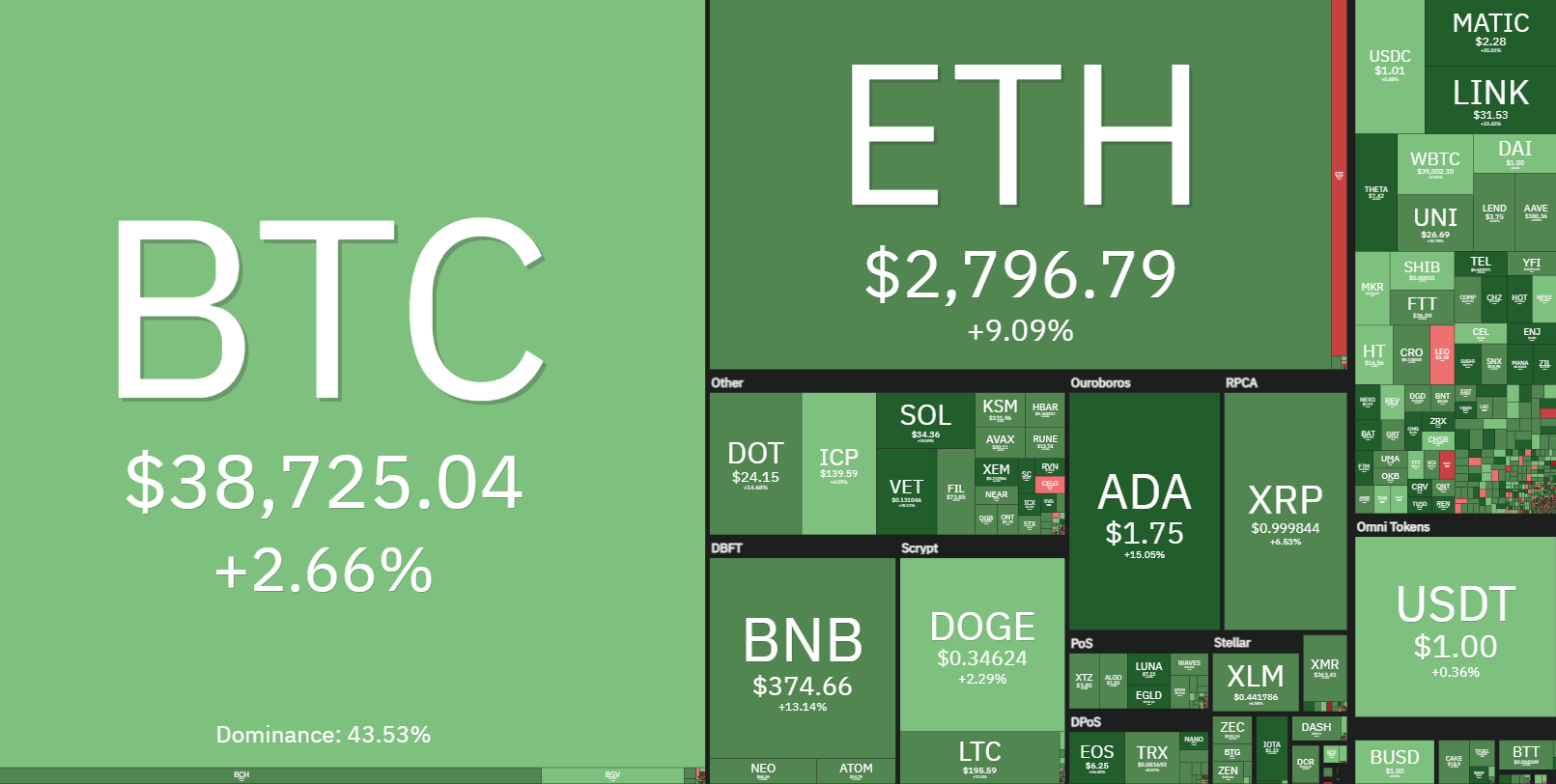