How Do You Make a Robot Walk on Mars? It’s a Steep Challenge 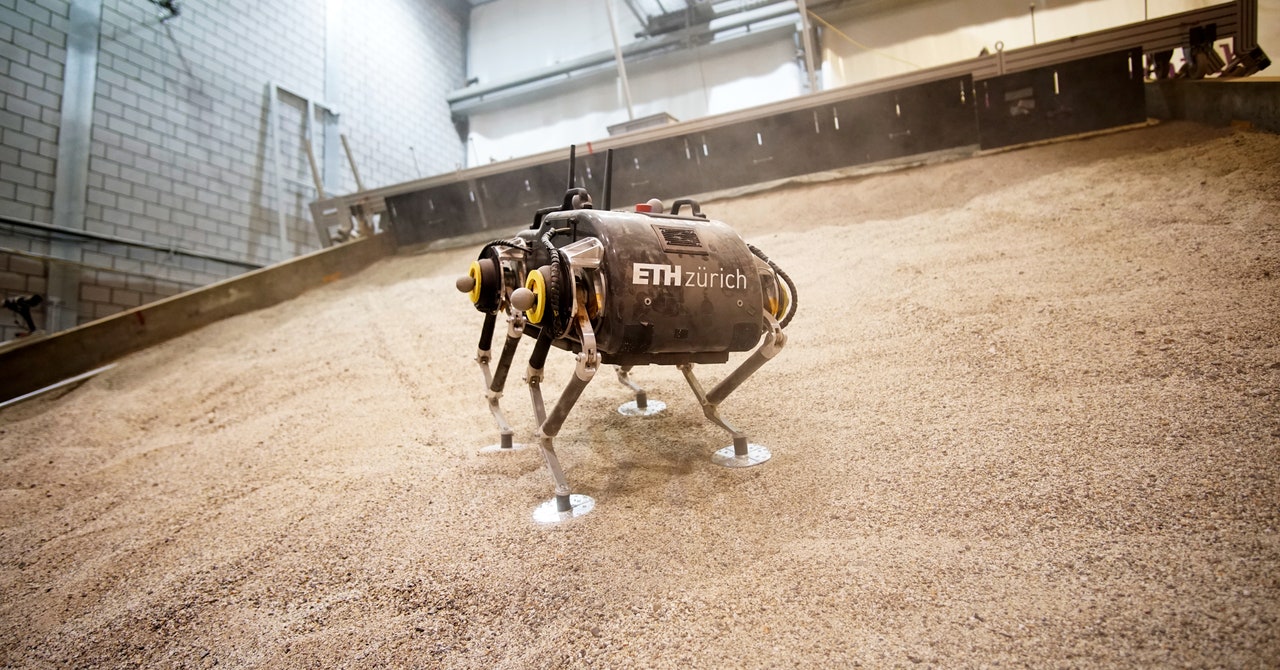 From the Sojourner rover, which landed on Mars in 1997, to Perseverance, which touched down in February, the robots of the Red Planet share a defining feature: wheels. Rolling is far more stable and energy efficient than walking, which even robots on Earth still struggle to master. After all, NASA would hate for its very expensive Martian explorer to topple over and flail around like a turtle on its back.

The problem with wheels, though, is that they limit where rovers can go: To explore complicated Martian terra like steep hills, you need the kinds of legs that evolution gave animals on Earth. So a team of scientists from ETH Zurich in Switzerland and the Max Planck Institute for Solar System Research in Germany have been playing around with a small quadrupedal robot called SpaceBok, designed to mimic an antelope known as a springbok.

True to its name, a real-life springbok bounces around the deserts of Africa, perhaps to confuse predators. The original concept for the robot, which was introduced in 2018, was actually for it to jump on the surface of the moon, as astronauts have done to locomote in the weak lunar gravity. That may work on our satellite, where the landscape is relatively flat, but on Mars it’s probably too risky given the complex terrain—which is full of sand, rocks, and steep slopes. So now the researchers are modifying its limbs and gaits to see if it might be able to handle more brutal landscapes.

In these new experiments, the team programmed SpaceBok with more traditional, less springy gaits. Specifically, the researchers wanted to compare two kinds: a “static” gait, in which at least three limbs are making contact with the ground at any given time, and a “dynamic” one, in which more than one limb can leave the ground at once. The former is more methodical, but the latter is more efficient because it allows the robot to move faster.

The researchers also outfitted versions of SpaceBok with two kinds of feet: point and planar. The point feet have a small surface area, kind of like the hoof of an actual springbok. The planar feet, by contrast, are actually flat swiveling circles, which bend at an angle when the foot makes contact with the ground. Think of these more like snowshoes than hooves. Or really, they’re like snowshoes with cleats, since they’re studded with projections that help the foot grip the ground.

Notice the large surface area of the planar feet

In a new preprint describing the work, which has been accepted for publication in the journal Field Robotics, they showed that the machine can deftly and efficiently climb a simulated Martian hill without tumbling down it. “We wanted to show that these dynamically working systems nowadays, they can actually walk on the Martian sand,” says ETH Zurich roboticist Hendrik Kolvenbach, the study’s lead author. “This is a technology that has a lot of potential now for the future.”