“Folks have known that there are challenges with GPS for decades,” says Dana Goward, president of the Resilient Navigation and Timing Foundation, a nonprofit that in part advocates for a GPS backup, an alternative system so that we’re not so beholden to this one set of satellites. “And no system is perfect. I’m not calling the baby ugly. I’m calling the baby precious and needing of attention.”

Relatively easy interference is part of why the GPS III modernization program exists. These satellites have been in the works since 2008, when Lockheed got the contract. While the first III was originally scheduled to go to space in 2014, it was delayed until 2018. Since then, four more—including today’s launch of SV-05—have gone to orbit, although the first four only came online in 2020. It took more than a year to declare the first one operational, but timelines have sped up since then. Ladwig expects SV-05 will get the green light just a few weeks after launch.

This morning’s launch, aboard a SpaceX Falcon 9 rocket using a previously flown and refurbished rocket booster, puts into orbit the 24th GPS satellite that can beam out what’s called M-Code, a signal with beefed-up security. That’s the magic number the Space Force needs to provide full M-Code operations around the world. Or, really, Sullivan puts it this way: “It’s not magic. It’s math.” Two dozen satellites in their proper orbits can cover the whole planet. 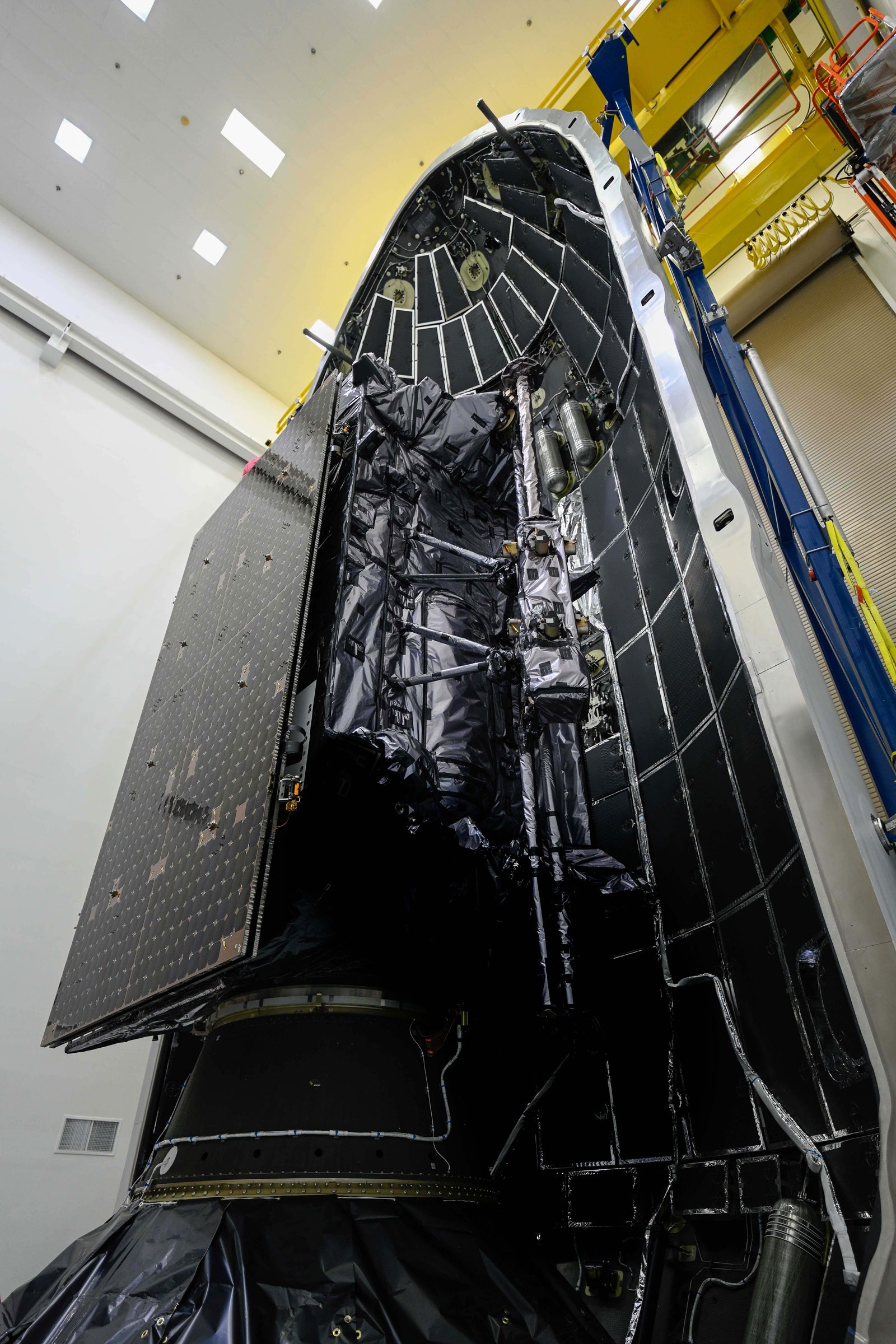 M-code’s encryption makes it harder to spoof: Receivers on the ground can use the code itself to tell whether a signal is authentic. While the older version of the military’s protected signal is also encrypted, M-code’s cipher represents “next generation-security,” says Sullivan.

On GPS III satellites, M-Code will also be broadcast more powerfully, making it harder to jam. “Think about somebody yelling or speaking out loud to a crowd and trying to have everyone hear them,” says Ladwig. If someone else is yelling (a would-be jammer) the speaker (a GPS satellite) will have to speak louder to be heard.

But M-Code is fully useful only if users on Earth can receive it correctly, and the requisite on-the-ground infrastructure, made by defense contractor Raytheon, doesn’t quite exist yet. The company’s Next-Generation Operational Control System is years late and billions of dollars over budget. It’s now set to come online in 2023.

To stopgap the situation, Lockheed Martin was tasked with updating the Space Force’s current GPS ground-control system, which the company has sustained since 2013, to deal with M-Code Early Use (basically, the beta version). The Space Force approved the software update this required, for use in operations, in late 2020. Another upgrade allows the Space Force to control the GPS III satellites, and these—along with their M-Code–enabled older peers—accommodate global, early M-Code operations while the permanent version makes its way to completion.

Civilians won’t catch the M-Code signal, which is meant for military operations like targeting weapons, guiding aircraft, and delivering supplies. But they can nevertheless take advantage of a new one that GPS III satellites broadcast, called L1C. It’s the fourth “civil signal” out there but unique in that it is “interoperable” with broadcasts from other global navigation satellite systems, like Europe’s Galileo, Japan’s QZSS, and China’s BeiDou. A person with the right receiver could pick up signals from any of those constellations, giving even more accuracy (and a bit of backup). L1C also beams out stronger than the legacy signals.

With GPS III, regular users will also get a level-up in accuracy (if, that is, they have receivers that can make use of that detailed data—kind of like how watching TV in HD requires an HDTV). In the past, GPS has let you know your location to within about 10 to 33 feet of where you actually are. With the new sats, it’ll be more like 3 to 10 feet.