The Secret Workings of Smell Receptors, Revealed At Last

The team’s observations may explain how insect olfactory receptors can generally evolve so rapidly and diverge so much among species. Every insect species may have evolved “its unique repertoire of receptors that are really well suited to its particular chemical niche,” Ruta said.

“It tells us that more is going on than just the idea that receptors loosely interact with a bunch of ligands,” Datta said. A receptor built around a single binding pocket, with a response profile that can be retuned by the smallest of tweaks, could speed up evolution by freeing it to explore a broad spectrum of chemical repertoires. 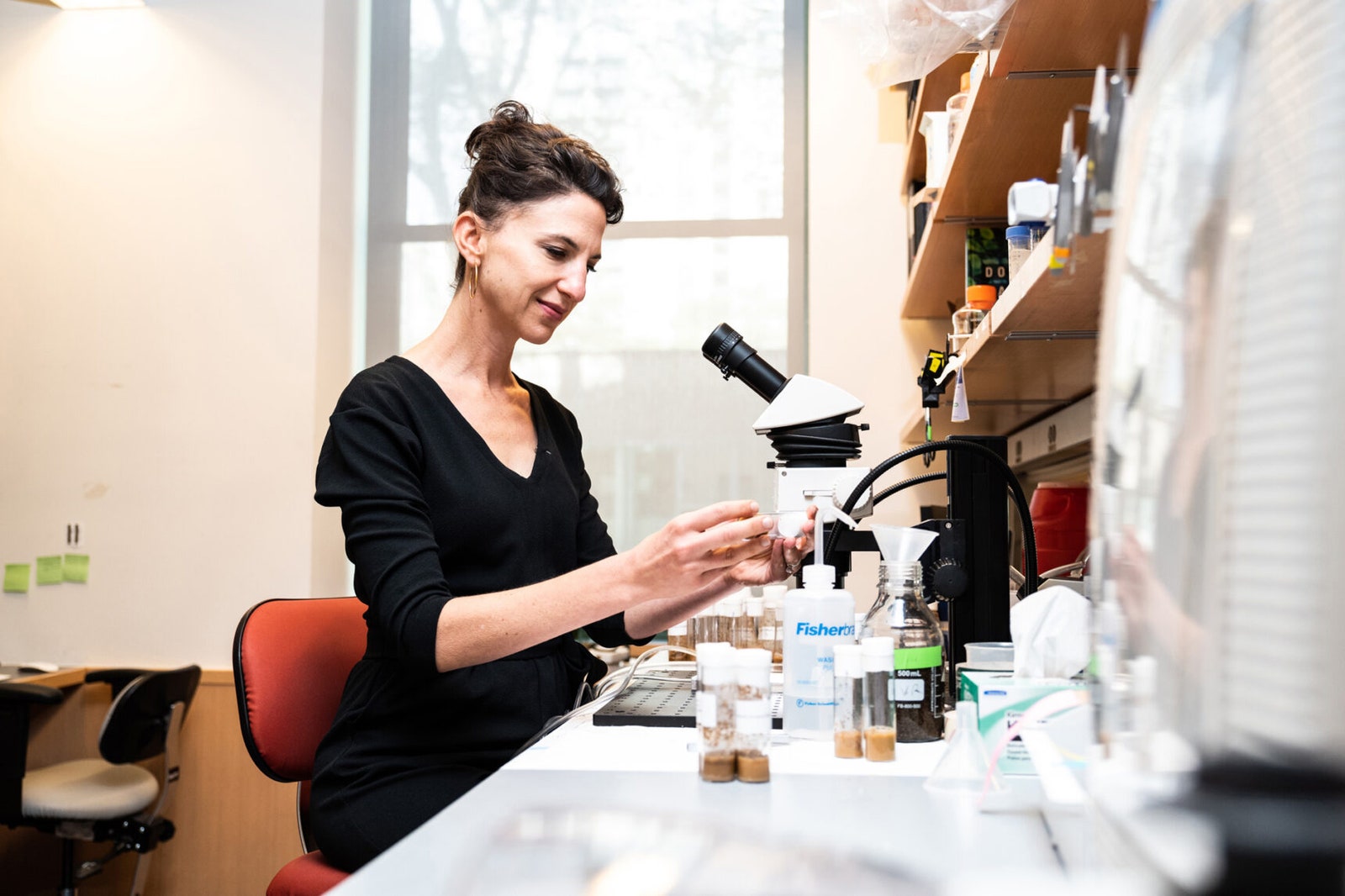 The architecture of the receptor also supported this view. Ruta and her colleagues found that it consisted of four protein subunits loosely bound at the channel’s central pore, like the petals of a flower. Only the central region needed to be conserved as the receptor diversified and evolved; the genetic sequences governing the rest of the receptor units were less constrained. This structural organization meant the receptor could accommodate a wide degree of diversification.

Such light evolutionary constraints at the receptor level probably impose substantial selective pressure downstream on the neural circuits for olfaction: Nervous systems need good mechanisms for decoding the messy patterns of receptor activity. “Effectively, olfactory systems have evolved to take arbitrary patterns of receptor activation and endow them with meaning through learning and experience,” Ruta said.

Intriguingly, though, nervous systems don’t seem to be making the problem easier for themselves. Scientists had widely supposed that all the receptors on an individual olfactory neuron were of the same class, and that neurons for different classes went to segregated processing regions of the brain. In a pair of preprints posted last November, however, researchers reported that in both flies and mosquitoes, individual olfactory neurons express multiple classes of receptors. “Which is really surprising, and would increase the diversity of sensory perception even more,” Barber said.

Even so, she and other researchers think there are many more general lessons to learn from the jumping bristletail’s olfactory receptor. It’s tempting, for instance, to imagine how this mechanism might apply to other receptors in the brains of animals—from those that detect neuromodulators like dopamine to those that are affected by various kinds of anesthetic—“and how imprecise they are ‘allowed’ to be,” Barber said. “It offers a fascinating model for continuing to explore nonspecific binding interactions.”

Perhaps this flexible-binding approach should be considered in other contexts as well, she added. Research published in the Proceedings of the National Academy of Sciences in March, for example, suggested that even canonical lock-and-key ion channel receptors might not be as strictly selective as scientists thought.

If many different kinds of proteins bind to receptors through flexible, weak interactions within some type of pocket, that principle could guide rational drug design for various diseases, particularly neurological conditions. At the very least, Ruta’s work on the binding of DEET to an insect olfactory receptor could provide insights into how to develop targeted repellents. “The mosquito is still the deadliest animal on Earth” because of the diseases it carries, Ruta said.