Bitcoin (BTC) is on the verge of closing another week that saw the price dip closer to $30,000 but the same bearish observation cannot be made for all altcoins. On Friday, several smaller-cap altcoins managed to shake off the bearish assault and post-double-digit gains before traditional markets closed for the weekend.

Data from Cointelegraph Markets Pro and TradingView shows that the top movers over the past 24 hours were NEM (XEM),  Augur (REP) and district0x (DNT). 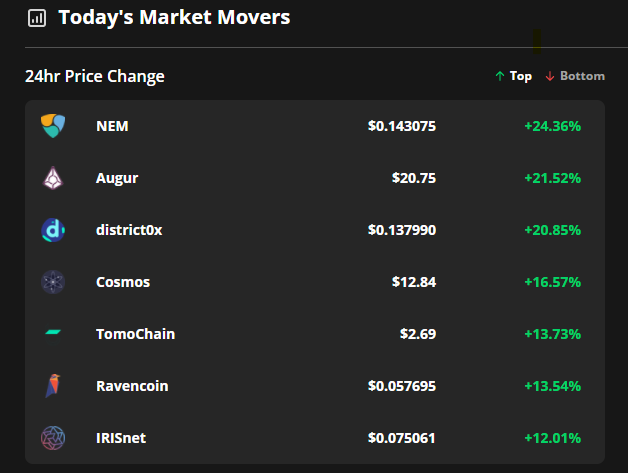 It’s worth noting that four of the top seven gainers are layer-one protocols, an interesting development that comes at a time when Ether’s (ETH) price is struggling below the $2,000 level and the community anxiously waits to see if the upcoming London hard fork improves Ether price and the process of transacting on the network.

Data from Cointelegraph Markets Pro and TradingView shows that after a month where the average 24-hour trading volume for NEM was $50 million, demand for the token surged on July 16 as the volume increased to $532 million and the price rallied 35% to $0.151.

The uptick in price follows the July 13 announcement that Symbol (XYM), an enterprise blockchain protocol developed by the NEM group, had agreed to a collaborative project with the government of Colombia.

According to data from TradingView, REP price began to surge on July 13 after the 24-hour trading volume spiked from a daily average of $17 million to more than $521 million on July 14. 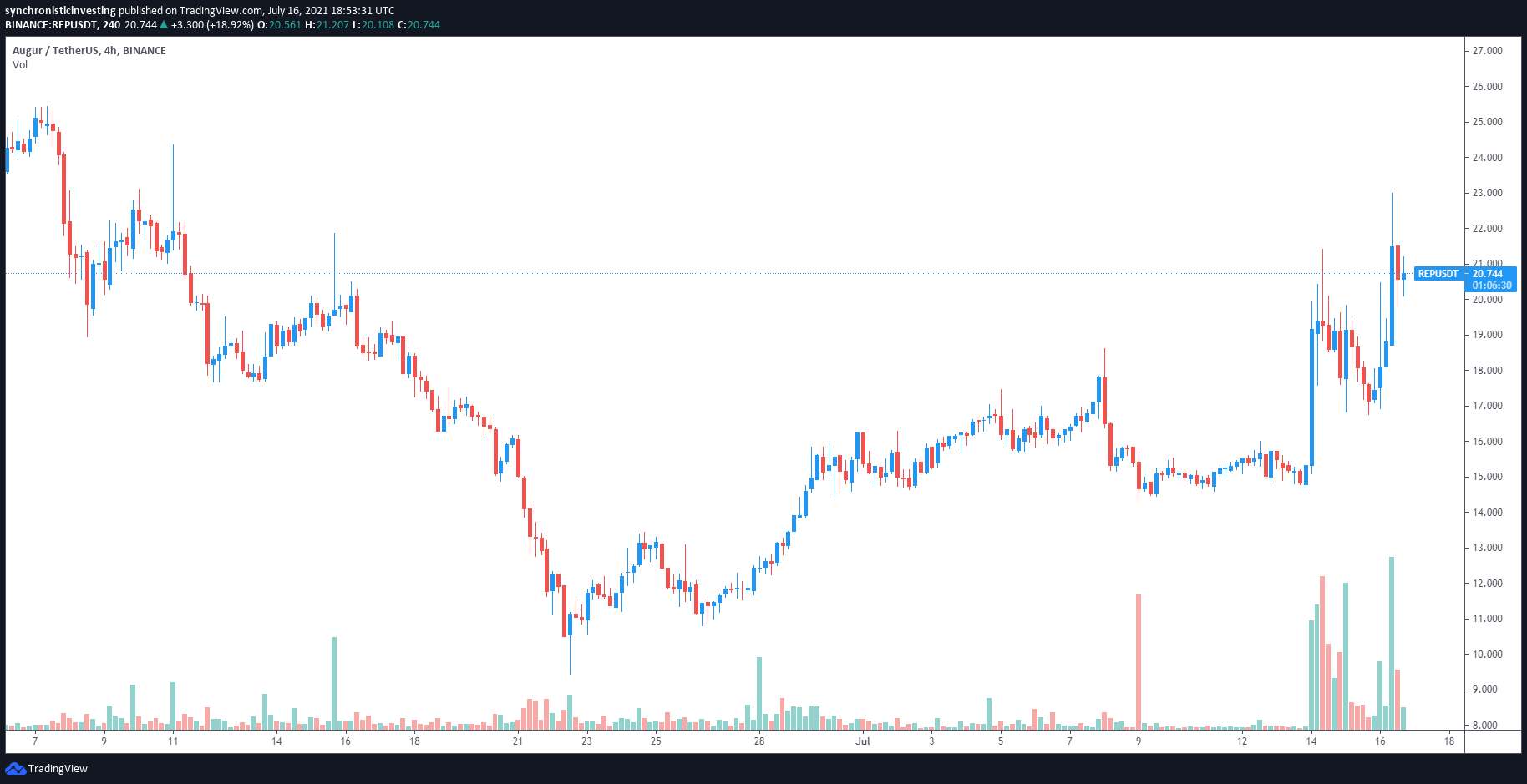 While there is no readily identifiable cause for the sudden increase in interest, a scroll through the Augur’s Twitter feed shows that forecasting on the network remains active with the most recent polls asking “Who would win the 2021 Major League Baseball Home-run derby?” and “Who will win the Ultimate Fighting Championship fight between Connor McGregor and Dustin Poirier?”

The third-largest gainer on July 16 was Distric0x, a protocol that bills itself as a “network of decentralized markets and communities” and specializes in helping users launch their own decentralized autonomous organizations (DAO).

Data from Cointelegraph Markets Pro and TradingView shows that DNT’s trading volume spiked from $3 million to more than $60 million on Friday, which led to a 73% rally from $0.112 to an intraday high at $0.193.