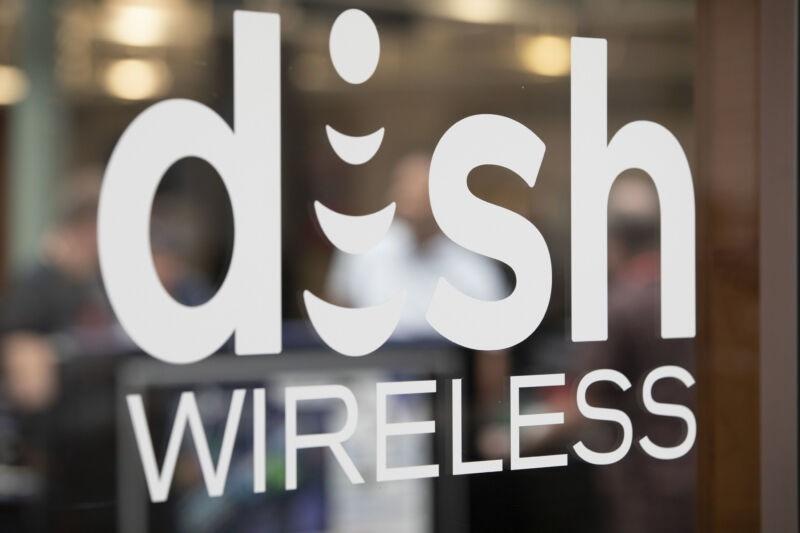 Dish Network has agreed to pay AT&T at least $5 billion over 10 years for network access amid a feud between Dish and T-Mobile.

Dish is in the early stages of building a 5G network and in the meantime is serving customers as a reseller using network capacity that it purchases from T-Mobile. But Dish and T-Mobile are fighting over T-Mobile’s plan to shut down its 3G CDMA network earlier than it originally intended, with Dish accusing T-Mobile of anticompetitive behavior.

Dish revealed the $5 billion price in a Securities and Exchange Commission filing that also notes that the roaming and transport services from AT&T will not be limited to areas where Dish doesn’t build 5G infrastructure. The deal “provides Dish’s retail wireless customers with voice and data roaming services throughout the US on the AT&T network and access to AT&T’s network, even within the markets where Dish is deploying its own 5G network,” Dish told the SEC.

allowed that merger, it required T-Mobile to sell Dish the Boost Mobile prepaid business formerly owned by Sprint, as well as spectrum licenses and wholesale access to the combined T-Mobile/Sprint network. The deal was supposed to help Dish become the fourth major carrier to replace the competition lost when the T-Mobile/Sprint merger reduced the number of nationwide carriers from four to three.

Dish has since accused T-Mobile of anticompetitive behavior in multiple filings to the Federal Communications Commission. Dish complained to the FCC in April that “T-Mobile has announced its intention to turn off the Sprint CDMA network—home to millions of Boost subscribers—on January 1, 2022. This is significantly sooner than the three-year migration timeline it previously announced.”

Dish says that T-Mobile should have to maintain the 3G CDMA network until at least July 2023, which is three years after Dish’s purchase of Boost. Dish said that T-Mobile stated the three-year timeline in a July 2019 SEC filing and in statements to the California Public Utilities Commission (CPUC). For example, T-Mobile told CPUC that it would “support former Sprint customers during the 3-year migration period” and that it will be able to “support Sprint customers who are reliant on LTE and CDMA technologies and to shepherd customers with incompatible handsets through the migration process.”

telling the FCC that “the statements Dish cites were simply acknowledging that T-Mobile has up to three years to fully sunset the legacy Sprint CDMA network… It is absurd for Dish to suggest that these three cherry-picked statements formed the basis of its business plan and should be deemed to override the clear and unambiguous contractual language contained in the MNSA [the Master Network Services Agreement between T-Mobile and Dish].”

T-Mobile further argued that “all CDMA customers, including Dish’s Boost-branded customers, will receive enormous benefits by migrating as planned onto T-Mobile’s new network, and it is absolutely in their best interest to do so. Under our agreement, it is unambiguously Dish’s financial responsibility to migrate customers to the new technology in a timely manner, and if they live up to those obligations, no consumers will be negatively affected by the sunset and in fact will receive substantial benefits.”

Dish then called T-Mobile’s response an “unconvincing attempt to justify its blatantly anticompetitive decision to prematurely shut down the operation of the legacy Sprint CDMA network” and said it is “indisputable” that “the accelerated shutdown of the CDMA network likely will harm millions of Boost consumers, many who already face economic challenges.”

“Dish is not asking for T-Mobile to do anything except honor the commitments it made to regulators under oath and keep the CDMA network operational until at least July 2023,” Dish told the FCC. “While T-Mobile had no problem making these statements to give comfort to regulators that its acquisition of Sprint would not result in consumer harms, T-Mobile is now hiding behind narrow contractual provisions in its attempt to perpetrate the exact harms it promised it would not cause.”

Dish and T-Mobile have one more ongoing fight

T-Mobile and Dish also disagree on sharing the 12 GHz spectrum band, as T-Mobile urged the FCC to avoid giving terrestrial mobile rights to companies with MVDDS [Multichannel Video and Data Distribution Service] satellite-TV licenses, which includes Dish. T-Mobile said that would amount to “an undeserved windfall.” Dish wants to use the spectrum band for 5G.

As part of the T-Mobile/Sprint merger-and-divestment proceedings, Dish committed to the government that it would build a 5G network serving 70 percent of Americans by June 2023.