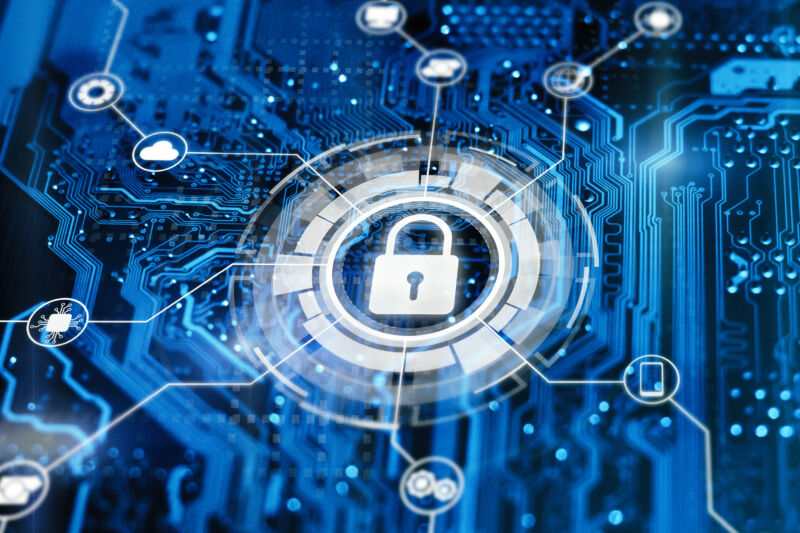 The world woke up on Tuesday to two new vulnerabilities—one in Windows and the other in Linux—that allow hackers with a toehold in a vulnerable system to bypass OS security restrictions and access sensitive resources.

As operating systems and applications become harder to hack, successful attacks typically require two or more vulnerabilities. One vulnerability allows the attacker access to low-privileged OS resources, where code can be executed or sensitive data can be read. A second vulnerability elevates that code execution or file access to OS resources reserved for password storage or other sensitive operations. The value of so-called local privilege escalation vulnerabilities, accordingly, has increased in recent years.

The Windows vulnerability came to light by accident on Monday when a researcher observed what he believed was a coding regression in a beta version of the upcoming Windows 11. The researcher found that the contents of the security account manager—the database that stores user accounts and security descriptors for users on the local computer—could be read by users with limited system privileges.

That made it possible to extract cryptographically protected password data, discover the password used to install Windows, obtain the computer keys for the Windows data protection API—which can be used to decrypt private encryption keys—and create an account on the vulnerable machine. The result is that the local user can elevate privileges all the way to System, the highest level in Windows.

“I don’t know the full extent of the issue yet, but it’s too many to not be a problem I think,” researcher Jonas Lykkegaard noted. “Just so nobody is in doubt what this means, it’s EOP to SYSTEM for even sandboxed apps.”

People responding to Lykkegaard pointed out that the behavior wasn’t a regression introduced in Windows 11. Instead, the same vulnerability was present in the latest version of Windows 10. The US Computer Emergency Readiness Team said that the vulnerability is present when the Volume Shadow Copy Service—the Windows feature that allows the OS or applications to take “point-in-time snapshots” of an entire disk without locking the filesystem—is turned on.

If a VSS shadow copy of the system drive is available, a non-privileged user may leverage access to these files to achieve a number of impacts, including but not limited to:

Note that VSS shadow copies may not be available in some configurations; however, simply having a system drive that is larger than 128GB in size and then performing a Windows Update or installing an MSI will ensure that a VSS shadow copy will be automatically created. To check if a system has VSS shadow copies available, run the following command from a privileged command prompt:
vssadmin list shadows

Researcher Benjamin Delpy showed how the vulnerability can be exploited to obtain password hashes of other sensitive data:

Q: what can you do when you have #mimikatz🥝 & some Read access on Windows system files like SYSTEM, SAM and SECURITY?

Thank you @jonasLyk for this Read access on default Windows😘 pic.twitter.com/6Y8kGmdCsp

Currently, there is no patch available. A Microsoft representative said company officials are investigating the vulnerability and will take appropriate action as needed. The vulnerability is being tracked as CVE-2021-36934. Microsoft said here that exploits in the wild are “more likely.”

Most versions of Linux, meanwhile, are in the process of distributing a fix for a vulnerability disclosed on Tuesday. CVE-2021-33909, as the security flaw is tracked, allows an untrusted user to gain unfettered system rights by creating, mounting, and deleting a deep directory structure with a total path length that exceeds 1GB and then opening and reading the /proc/self/mountinfo file.

inodes. Despite the hurdles, a Qualys representative described the PoC as “extremely reliable” and said it takes about three minutes to complete.

Here’s an overview of the exploit:

1/ We mkdir() a deep directory structure (roughly 1M nested directories) whose total path length exceeds 1GB, we bind-mount it in an unprivileged user namespace, and rmdir() it.

3/ We open() /proc/self/mountinfo in our unprivileged user namespace and start read()ing the long path of our bind-mounted directory, thereby writing the string “//deleted” to an offset of exactly -2GB-10B below the beginning of a vmalloc()ated buffer.

5/ We transform this limited out-of-bounds write into an arbitrary read and write of kernel memory by reusing Manfred Paul’s beautiful btf and map_push_elem techniques from:

Qualys has a separate writeup here.

People running Linux should check with the distributor to determine if patches are available to fix the vulnerability. Windows users should await advice from Microsoft and outside security experts.