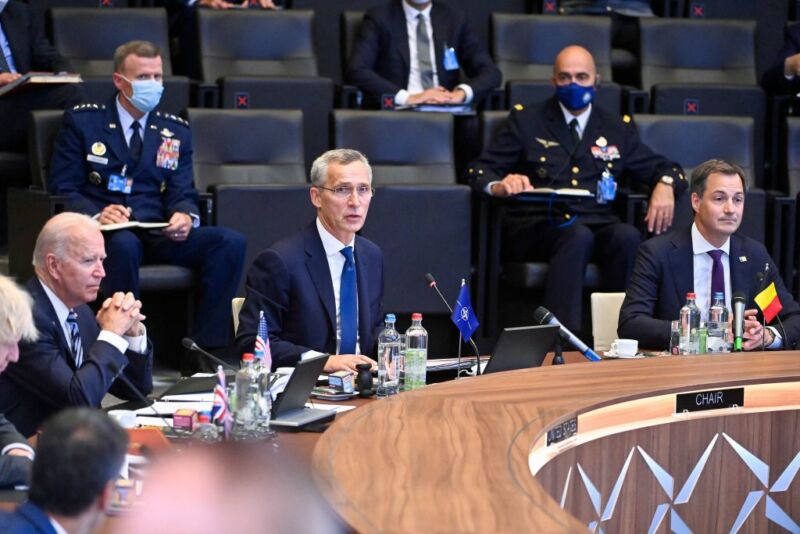 President Joe Biden has warned that cyberattacks could escalate into a full-blown war as tensions with Russia and China mounted over a series of hacking incidents targeting US government agencies, companies, and infrastructure.

Biden said on Tuesday that cyber threats including ransomware attacks “increasingly are able to cause damage and disruption in the real world.”

“If we end up in a war, a real shooting war with a major power, it’s going to be as a consequence of a cyber breach,” the president said in a speech at the Office for the Director of National Intelligence, which oversees 18 US intelligence agencies.

A number of recent hacks revealed the extent of US cyber vulnerability, ranging from extensive espionage breaches that have struck at the heart of government to ransomware attacks that have brought operations at an important oil pipeline and meat packing plants to a halt.

The Biden administration has accused the governments of Russia and China, or hackers based inside the two countries, of some of the attacks. US officials have warned that the administration would respond with a “mix of tools seen and unseen” actions, but cyber breaches have continued.

spreading misinformation ahead of the 2022 US midterm elections.

“It’s a pure violation of our sovereignty,” he said.

“Mr. Putin… has a real problem. He is sitting on top of an economy that has nuclear weapons and oil wells and nothing else. Nothing else,” Biden said. “He knows he’s in real trouble, which makes him even more dangerous.”

At a June summit in Geneva, Biden personally warned Putin that the US would “respond with cyber” if the Russian state or Russian-based hackers targeted critical US infrastructure.

The prohibited sectors spanned energy, health care, IT, and commercial facilities, all of which have already allegedly been targeted by Russian hackers since the 2020 US elections. Others included transport, financial services, and chemicals.

Biden also said Chinese President Xi Jinping was “deadly earnest” about China becoming the most powerful military force in the world by the 2040s, as well as the largest and most prominent economy.

“It’s real… This boy’s got a plan,” Biden said, adding: “We better figure out how we’re going to keep pace without exacerbating [the situation].”

Biden stressed that cyberattacks were just one aspect of the growing threats facing the US, saying that there would be more developments in the next 10 years than in the past 50, placing a tremendous burden on the intelligence community.

“It’s really going to get tougher,” he said.