The Next Big Challenge for Lunar Astronauts? Moon Dust 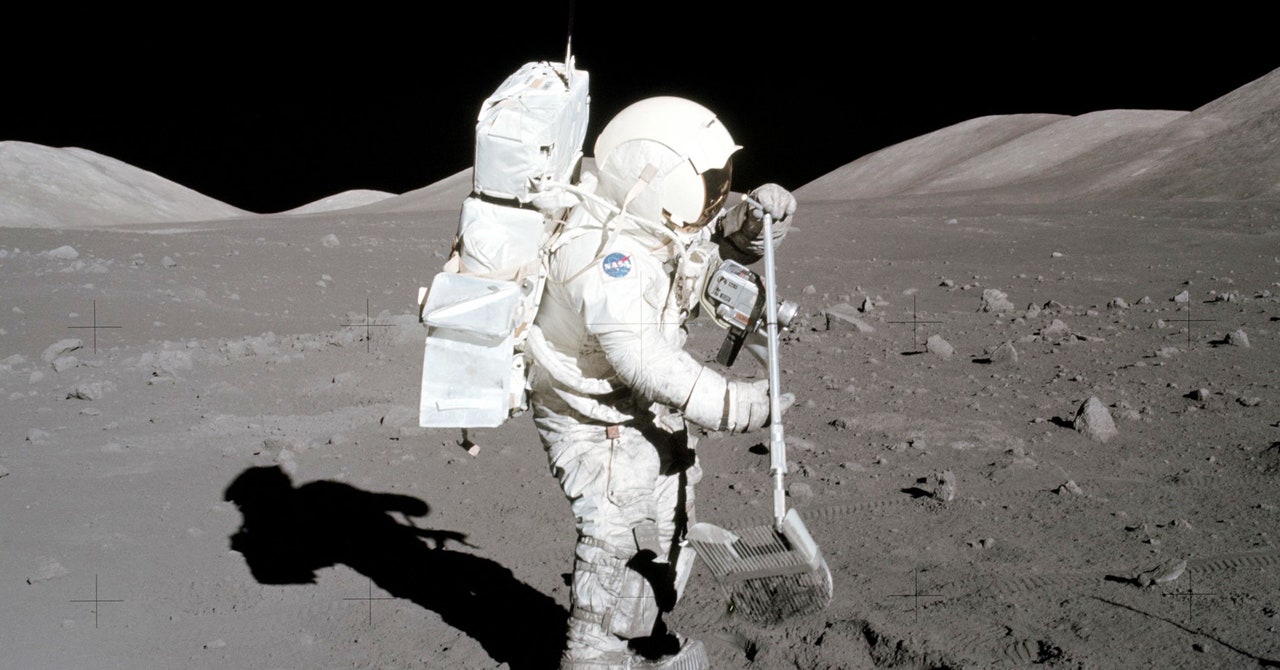 As NASA and private space companies prepare to send equipment—and eventually astronauts—back to the moon, they are facing a nearly invisible threat to any future lunar outpost: tiny particles of dust. Ground-up lunar rock, known as regolith, clogs drills and other delicate instruments, and it’s so sharp that it scratches spacesuits. Because the dust absorbs sunlight, it can also overheat sensitive electronics.

Dust particles also pose a health risk. Even though Apollo-era astronauts only went outside during a few days on each mission, some reported burning eyes and stuffy nasal passages when they returned from moon walks and took off their dust-covered spacesuits inside the capsule. Images from the Apollo 17 mission, which focused on geology and featured seven-hour trips in the lunar rover, show astronaut Gene Cernan’s face covered in dust, like some outer space coal miner. During a technical briefing when he returned to Earth, Cernan told NASA officials that lunar dust was nothing to sneeze at. “I think dust is probably one of our greatest inhibitors to a nominal operation on the moon,” Cernan said. “I think we can overcome other physiological or physical or mechanical problems, except dust.”

The grit clogged the radiators that removed heat and carbon dioxide from spacesuits and wore a hole in the knee of Cernan’s outer spacesuit, according to Phil Abel, who researches moon dust as manager of the Tribology and Mechanical Components Branch at NASA’s Glenn Research Center. (Tribology is the study of wear and friction.) The Apollo 17 astronauts brought dust into the capsule, where it smelled like gunpowder and caused lunar module pilot Harrison Schmitt to have hay fever symptoms, according to a report from a NASA workshop on lunar dust in 2020.

Here’s how one Apollo 12 astronaut described what happened when he returned to the lunar module after a walk on the moon: “The [module] was filthy dirty and had so much dust that when I took my helmet off, I was almost blinded. Junk immediately got into my eyes.” (The quote appears in a 2009 NASA report entitled “The Risk of Adverse Health Effects From Lunar Dust Exposure.”)

Researchers at Stony Brook University exposed human lung and brain cells to lunar dust and found that it killed 90 percent of the cells, according to a study published in the journal GeoHealth in 2018. In fact, respiratory health is a top concern if and when humans return to the moon, according to Abel. “These particles get lodged down deep in your lungs, and that’s a long-term health risk,” Abel says. “There was some concern at the time that if we had needed to do more on the moon’s surface, some of the spacesuits would have started to leak at too high a rate. It’s something we have been working on to improve.”

The last Apollo spacecraft left the moon on December 14, 1972, bringing Schmitt and Cernan home. Now, NASA officials say they plan to land scientific gear on the moon in 2022, with the possibility of putting astronauts’ boots on the lunar surface as soon as 2024 under the Artemis program. Scientists at NASA Glenn Research Center are sending up an experiment in 2023 called the Regolith Adherence Characterization mission, which will determine how dust sticks to materials during landing and lander operations. The information they get back will help them figure out how to design equipment that can repel dust, and spacesuits that won’t break down from the wear and tear of the sandpaper-like grit that covers them.