In Nigeria, there are more than 40 million micro-businesses underserved in some form or another regarding banking services. Although some of these businesses have registered bank accounts, gaps exist in how banks use the data available to serve the needs of each business.

With banks, presenting a series of transactions as statements is all these businesses require. They care less about providing these businesses with insights and growth opportunities around their customers and products.

A fintech startup, Prospa wants to change that and has begun to tap into this market. In March, the company was one of the 10 African startups participating in Y Combinator’s winter batch. A few months past graduation, the startup, combining both worlds of banking and business management tools for micro and small businesses, has closed a $3.8 million pre-seed round.

Prospa was founded by Frederik Obasi, Chioma Ugo and Rodney Jackson-Cole. As a serial entrepreneur running businesses in tech and media, Obasi experienced how tough running operations and banking his business simultaneously was in Nigeria.

Banks only concerned themselves with providing some financial services so people like Obasi had to look for software or personnel to cater to other operations of the businesses.

For someone who runs a large business with a considerate influx of cash, it is easy to assign staff or use software to designate tasks. On the other hand, delegating tasks with personnel or software is not cheap for smaller businesses, hence why most struggle.

Sensing an opportunity, Obasi and his team launched Prospa under the premise that the company would cheaply solve the needs of these small business owners in banking and software.

“When I left my last business, I wanted to do something really big and something that I knew the problem inside out. That’s why I started Prospa,” Obasi told TechCrunch over a call. 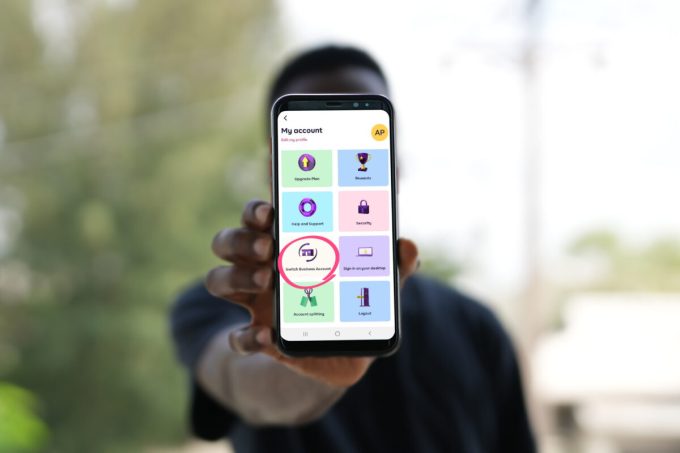 The founders built the product between June and September 2019 and went live in October. Since then, the company acquired customers in stealth even when they got into YC. Obasi explains that he wanted Prospa to have organic traction void of the growth driven by hype and media noise.

“We like to think a really long-term game. We really wanted to really test the hypotheses, build an actual business with revenue and understand what we were doing. Then the COVID period came and we started seeing enough traction,” he added.

When the company began to get some buzz, the typical description people had about Prospa was “a neobank for small businesses.” But CEO Obasi is quick to dispel that notion. Alongside providing banking services, Prospa offers invoicing tools, inventory management, employee and vendor management, an e-commerce store, and payroll features.

“Banking is just a little part of what we do. We know we’re put into the neobank category, but we see our product as 10% banking and 90% software. So the experience is very much different from what you’d get from a neobank and the use case for Prospa users is quite different,” he added.

Prospa focuses on freelancers and entrepreneurs, acting as the “operating system” for their businesses.

Registered businesses on the platform get access to an account number and other features Prospa provides. For unregistered businesses, Prospa takes them through a process of formalizing their business and providing bank accounts. However, in the larger scheme of things, this segment is more of an inroad into an upsell.

Talking on traction, Obasi says the company has tens of thousands of businesses and is growing 35% month-on-month. And from a non-banking perspective, Prospa has managed over 150,000 product catalogs while small businesses have sent out 360,000 invoices on the platform. 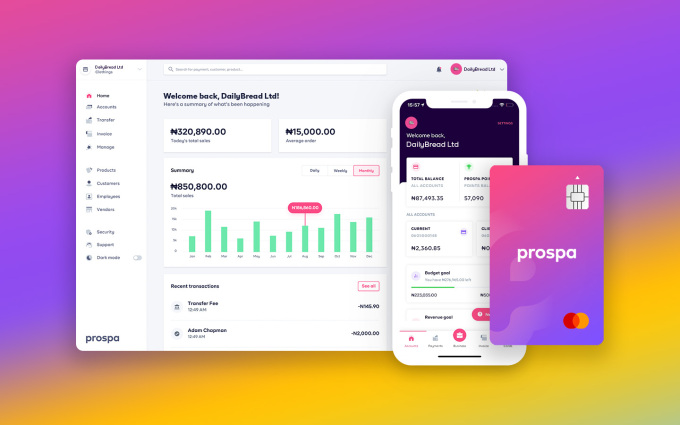 This past year, African VC has seen incredible numbers from all corners of the continent at all stages of investment. Prospa’s pre-seed investment, for instance, is the largest round of its kind in Nigeria and sub-Saharan Africa at the moment. In Africa, only Egyptian fintech Telda has raised a larger round.

Obasi believes the company’s understanding of the market and what it wants to achieve was the main reason it could command such a price which, according to him, was almost four times oversubscribed.

The investors in the round include Global Founders Capital and Liquid 2 Ventures. Founders of global fintechs like Mercury’s Immad Akhund, Karim Atiyeh of Ramp, and executives from Teachable, Square, Facebook and Nubank also participated in the round.

Seeing the likes of Akhund and Atiyeh on Prospa’s cap table might suggest to some that Prospa was backed because the company is building a replica of those businesses in Nigeria. However, Obasi says while there are similarities, Prospa is not building a product for startups.

“There’s not a massive startup ecosystem in the U.S. where you can basically grow a billion-dollar company just serving YC companies. We don’t have that here. We’re really building for the backbone of the economy, which is small and micro-businesses. Speaking to and being able to build relationships with investors, one of the things clear is that we’re not an American copycat,” he said when asked if Prospa could be likened with Mercury.

Prospa plans to use its new capital to double down and expand with acquisition strategies to get more customers. In addition to that, the company plans to hire more talent, especially in product and engineering.