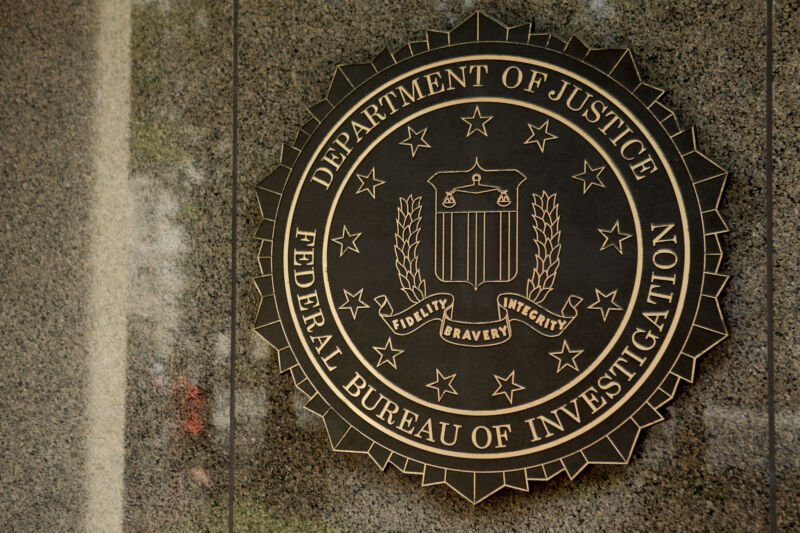 Enlarge / The seal of the Federal Bureau of Investigation (FBI) is seen at the J. Edgar Hoover building in Washington, D.C.

For three weeks during the REvil ransomeware attack this summer, the FBI secretly withheld the key that would have decrypted data and computers on up to 1,500 networks, including those run by hospitals, schools, and businesses.

The FBI had penetrated the REvil gang’s servers to obtain the key, but after discussing it with other agencies, the bureau decided to wait before sending it to victims for fear of tipping off the criminals, The Washington Post reports. The FBI hadn’t wanted to tip off the REvil gang and had hoped to take down their operations, sources told the Post.

Instead, REvil went dark on July 13 before the FBI could step in. For reasons that haven’t been explained, the FBI didn’t cough up the key until July 21.

“We make the decisions as a group, not unilaterally,” FBI Director Christopher Wray told Congress on Tuesday. “These are complex… decisions, designed to create maximum impact, and that takes time in going against adversaries where we have to marshal resources not just around the country but all over the world.”

REvil has a long history of using high-pressure tactics to extort victims. The Russia-based gang first appeared in 2019, and it was on a tear earlier this year. In March, the group hacked a celebrity law firm that represented U2, Madonna, and Lady Gaga, demanding $21 million. When the law firm balked, REvil doubled the demand and released some of Lady Gaga’s files. In April, the gang stole data from contract manufacturer Quanta Computer, publishing details of two Apple products. Then in May, it shut down Colonial Pipeline’s operations from New Jersey to Texas, leading to fuel shortages.

disrupted operations at Brazil-based meat processor JBS and caused several plants in the US, Canada, and Australia to shut down. It struck again when it exploited a zero-day in remote management tools made by Kaseya, a Florida-based IT firm. The hole in the company’s VSA product gave REvil access to 54 service providers who manage networks for up to 1,500 businesses and other organizations.

Grocery stores in Sweden, town halls in Maryland, schools in New Zealand, and a hospital in Romania were all affected by the attack. Coop, the Swedish grocery store chain, closed around 700 stores and took some six days to reopen. Other victims spent weeks restoring their systems.

Last Thursday, cybersecurity firm Bitdefender published a universal decryptor tool for networks and computers encrypted before REvil’s hibernation began on July 13. About 250 victims have used the tool so far, a Bitdefender executive said. The key that made the tool possible reportedly came from a law enforcement agency—but not the FBI.

Despite the FBI’s efforts to take it down, REvil is back this month with a new string of attacks, ensnaring at least eight new victims, the Post reported. The Bitdefender tool, however, won’t work for the new victims, a sign that REvil has retooled its operations after a brief downtime.