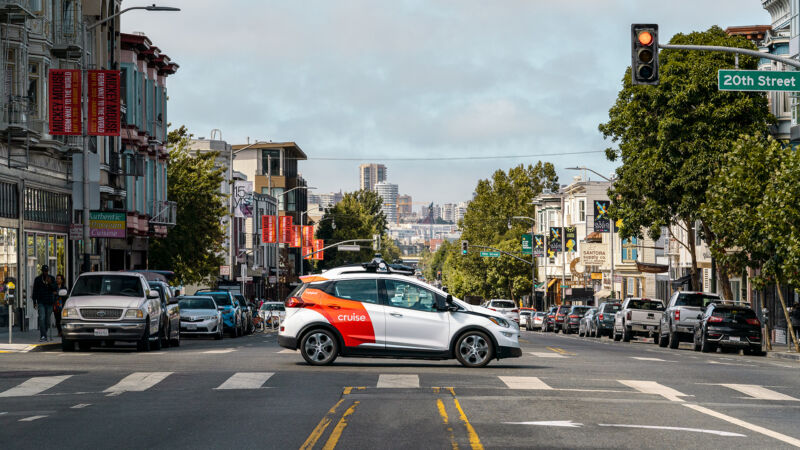 The autonomous vehicle developers Cruise and Waymo both got a little closer to running true driverless robotaxi services in and around San Francisco. In May, both Waymo and Cruise applied to the California Department of Motor Vehicles for deployment permits (as opposed to the testing permits that have allowed non-commercial operations). On Thursday, the DMV issued autonomous deployment permits to both companies, which is a necessary step if the robotaxis are to charge passengers for their rides.

San Franciscans might have to be night owls to catch a Cruise; the DMV’s authorization gives Cruise permission to operate on surface streets within a geofenced area of San Francisco between the hours of 10 pm and 6 am. Cruise’s autonomous vehicles are allowed to operate in light rain and light fog, but they aren’t allowed to exceed 30 mph (48 km/h).

Waymo is allowed to operate over a wider area; the DMV’s authorization is “within parts of San Francisco and San Mateo counties.” These robotaxis are also trusted to cope with light rain and light fog and are approved for speeds of up to 65 mph (105 km/h).

However, there are still Is to be dotted and Ts to be crossed before either Waymo or Cruise can actually properly begin operating real commercial robotaxi services. Approval from the DMV is necessary, but not sufficient, as the California Public Utilities Commission must also approve such a service.