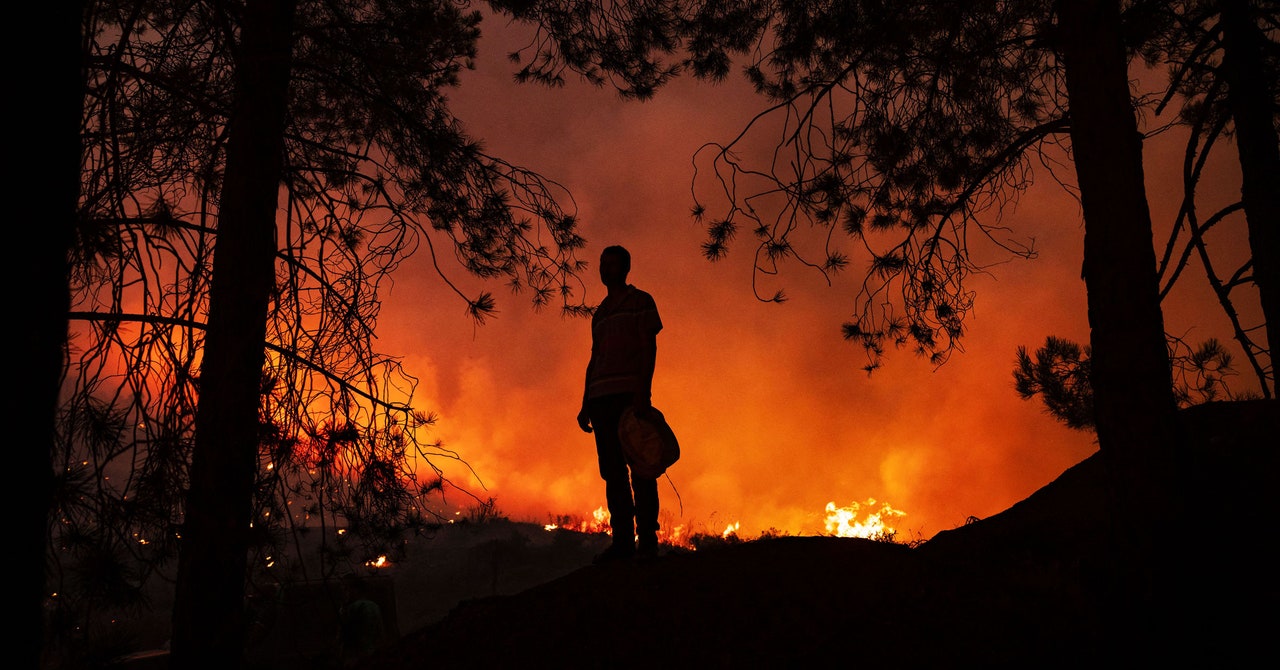 WIRED: Another complicating factor is the worsening of climate change. Looking forward, in both the near future and the far future, things are going to get worse before they get better.

SC: I think it’s significant. We did this massive survey of young people around the world, so people 16 to 25. And I bring that up because they’re the ones who are facing this future to a large extent. And they, to a surprising degree, reported a feeling that things are going to get worse—they will not have the opportunities their parents had, that things they value are threatened. They don’t know if they should have children. And even a high percentage endorse the statement “Humanity is doomed.”

WIRED: Something that you and I have spoken about before is this notion of ecological grief about California’s devastating wildfires. What is that?

SC: It’s really interesting to talk about grief because anxiety is sort of self-relevant: I’m worried about myself, I’m worried about what’s going to happen to me. But grief is more other-directed—it’s about losses. So you’re showing this awareness of the value of something that either has already been lost or that you anticipate losing.

And for a lot of people that’s places that were very important to them. It can be even the idea of a place. To think of California becoming a place that is kind of hostile to human inhabitation—that’s probably too powerful, but you get what I’m saying. That’s a loss of this idea of what it means to be California.

WIRED: I was hoping to talk about the role of post-traumatic stress disorder here, especially in natural disasters, and especially among children, who may not be equipped with the psychological tools to cope with these sorts of things.

SC: We’re particularly worried about children, because there is evidence that they are more likely to develop post-traumatic stress. And I’m speculating here, because I’m not a specialist in children, but I suspect it’s partly because security is so important for children. They have to learn what stays the same, what’s stable about the world. And so we have this kind of very disruptive, disorienting experience that really interferes with that ability to form a good sense of security.

There’s some evidence that children who experienced trauma when they’re young, it might have basically a permanent impact on their ability to process strong emotions as they’re older, as adults. So because children are developing in so many ways—psychologically, physiologically, neurologically—these early impacts can have significantly long-lasting effects.

SC: I think that’s exactly right. There’s plenty of good evidence for that. And I think it’s important to highlight it because sometimes people will act as if environmental issues are kind of elitist—that you have to be rich to be worried about environmental issues. But certainly, especially when it comes to climate change, it is a social justice issue. It’s going to increase inequities, and poor people and poor nations are already being hit harder. And that will only get worse. And in fact, there’s data that show that, at least within the US—I haven’t seen any international data like this—but within the US people of color are more worried about climate change.

WIRED: It’s important to point out specifically the heat island effect. So in cities, you get hotter temperatures and the heat dissipates less quickly overnight. This has been one of the very clear inequities pointed out by researchers, that neighborhoods that are poorer tend to get hotter than surrounding rural areas. As more people are moving to metropolises around the world, how might this extreme heat be particularly problematic?