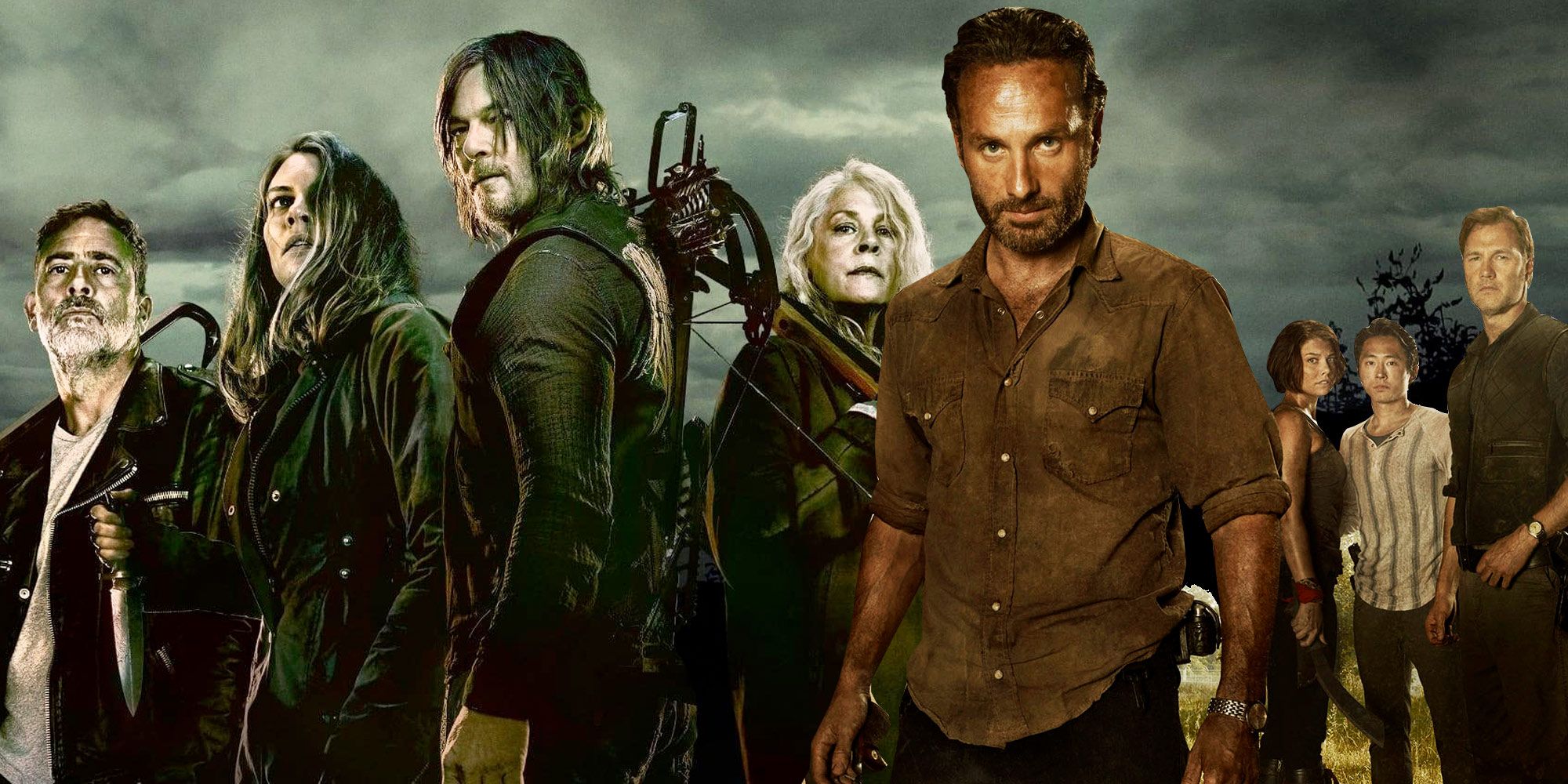 The Tales Of The Walking Dead spinoff anthology series has been greenlit and is coming to AMC in 2022. The network announced the spinoff series was in development back in 2020, but few details have been revealed since. The show was originally touted as featuring new and old characters from The Walking Dead universe, exploring narratives that will include both backstories and stand-alone tales.

The spinoff was announced at the same time that AMC said it would pull the plug on the main series, The Walking Dead, with season 11, ending its run in 2022. The Walking Dead has been running on the network since 2010 and became a global pop culture phenomenon, creating a number of spinoffs already, including Fear The Walking Dead and The Walking Dead: World Beyond. In addition to those spinoffs, it was previously reported that Andrew Lincoln’s character, Rick Grimes, would be getting his own standalone movie trilogy, although the status of that project is still up in the air.

Today, AMC announced that Tales of the Walking Dead is officially greenlit (via Variety) and that it will debut in summer 2022. The anthology series will, in fact, focus on new and existing characters from The Walking Dead universe and will debut with a six-episode first season on AMC and AMC Plus. The Walking Dead writer/producer Channing Powell will serve as showrunner for the series side-by-side with Scott M. Gimple, the chief content officer of TWD universe. Dan McDermott, president of original programming for AMC Networks and AMC Studios said that they see the potential for some rich storytelling akin to the type of anthology shows like Twilight Zone and Black Mirror. Here’s what he had to say about the project:

“We see so much potential for a wide range of rich and compelling storytelling in this world, and the episodic anthology format of ‘Tales of the Walking Dead’ will give us the flexibility to entertain existing fans and also offer an entry point for new viewers, especially on streaming platforms. We have seen the appeal of this format in television classics like ‘The Twilight Zone’ and, more recently, ‘Black Mirror,’ and are excited to engage with fans in this new way, against the backdrop of this very unique and engrossing world.”