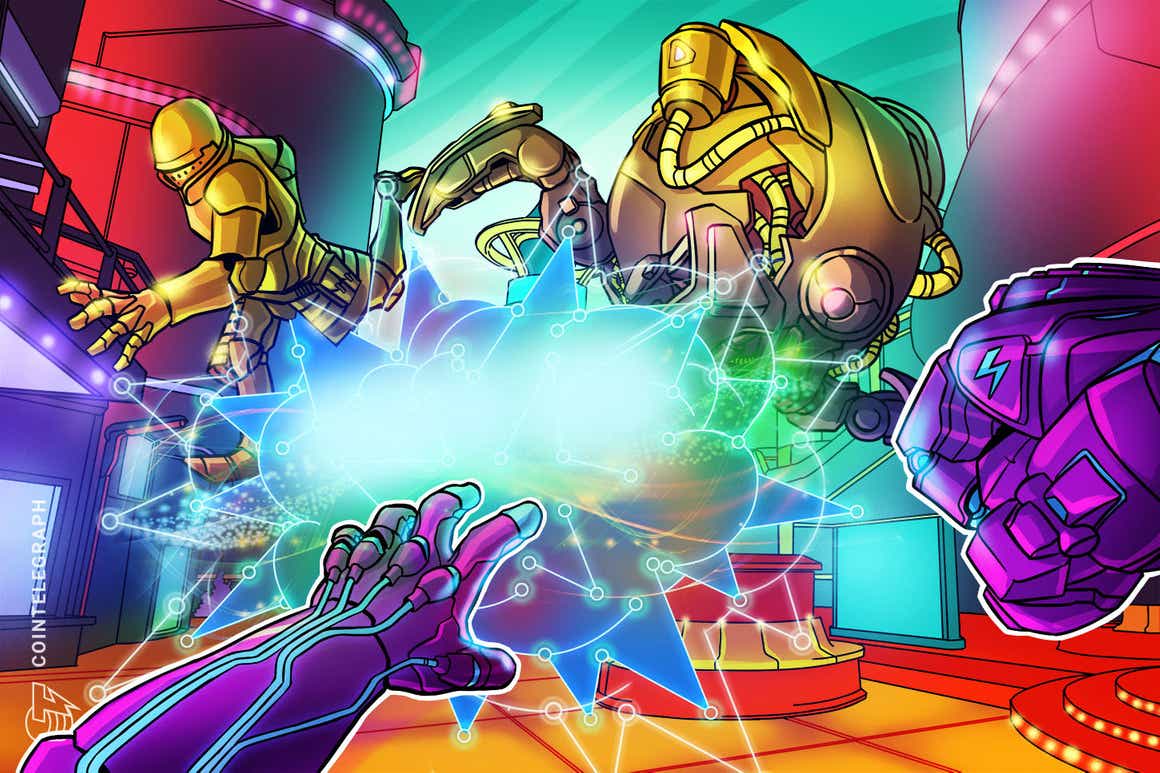 This week’s Crypto Biz explores Microsoft’s Activision purchase, the new partnership between Coinbase and Mastercard and the latest funding news from the world of crypto. For a comprehensive breakdown of business developments over the last week, register for the full newsletter below.

It’s no secret that Microsoft has been eyeing its entry into the Metaverse ever since Zuckerberg rebranded Facebook to Meta. The company found its perfect entry this week by acquiring gaming giant Activision Blizzard for $68.7 billion. Satya Nadella, who has served as Microsoft’s CEO since 2014, described video games as playing a “key role in the development of metaverse platforms.” Activision is behind some of the world’s most iconic gaming franchises, including Call of Duty, World of Warcraft and Tony Hawk’s Pro Skater.

Together with @ATVI_AB, we will usher in a new era of gaming that puts players and creators first and makes gaming safe, inclusive, and accessible to all. https://t.co/fF2Ig3gSfx

Crypto is nothing new for Mastercard. As Cointelegraph reported, the credit card giant launched crypto-linked credit cards across the Asia-Pacific region in November 2021. Now, the company is partnering with Coinbase to enable users to purchase nonfungible tokens using their credit cards. The partnership revolves around Coinbase’s forthcoming nonfungible token (NFT) marketplace and enables users to buy digital collectibles without having to set up a crypto wallet or hold Ether (ETH). Strengthening payment onramps to the crypto sector is considered vital for boosting mainstream adoption.

Semiconductor giant Intel is planning to unveil a new energy-efficient Bitcoin (BTC) mining ASIC at the forthcoming IEEE International Solid-State Circuits Conference in February. The new ASIC, which is referred to as the Bonanza Mine, is based on a patent submitted by Intel in November 2018. The technology behind the Bonanza Mine could reduce overall power consumption by approximately 15%. For reference: Intel is a Dow 30 company. Its potential foray into the Bitcoin mining industry could become one of the biggest stories of 2022.

The biggest funding news of the week was centered around Animoca Brands, an NFT-focused venture capital and software gaming company that recently raised over $358 million. The funding round, which catapulted Animoca to a valuation of $5 billion, was backed by Liberty City Ventures, 10T Holdings, Gemini Frontier Fund, ParaFi Capital, Provident, Sequoia China and Winklevoss Capital, among others. Animoca said its ultimate vision is to protect users’ digital property rights in the Metaverse using NFTs.

Crypto IRA iTrustCapital valued at $1.3B

Speaking of major funding announcements, crypto-focused 401(k) provider iTrustCapital wrapped up a $125 million Series A growth round that was led by Left Lane Capital. The company said it planned to use the cash injection to expand existing product offerings as well as explore strategic acquisitions. The value proposition of iTrustCapital is it provides tax-advantaged exposure to cryptocurrencies such as Bitcoin and Ether through government-approved retirement accounts. That means you can invest in crypto while keeping Uncle Sam happy.

There’s a new metaverse player in town. Microsoft, the world’s second-largest company by market capitalization, announced earlier this week that it had acquired Activision Blizzard for $95.00 a share in a deal that’s expected to conclude in fiscal 2023. Microsoft will utilize the gaming giant to pivot to the virtual worlds’ environment of the Metaverse.